The latest and fastest 5G network has been officially commercialized in Chin and four major carriers have received their licenses. Many Chinese OEMs like Xiaomi, Oppo, OnePlus and others already have their 5G smartphones. However, the likes of vivo do not. Now, that 5G has been commercialized in the largest smartphone market in the world, it appears that Vivo’s first 5G smartphone is on its way.

Today, the company released an image on Weibo which shows that it will participate in the upcoming Mobile World Congress in Shanghai that kicks off on June 26. Although this image does not explicitly say that vivo will announce a 5G smartphone, it implies that. The image comes with the phrase “Give me 5! (5G creates a new life experience)” This implies that vivo has something related to 5G in stock. Will it be a smartphone? We will have to wait for a few days. The MWC Shanghai event will hold from June 26 to 28 and will focus on 5G, home automation, and AI. Many Chinese OEMs will use the opportunity to unveil new devices. 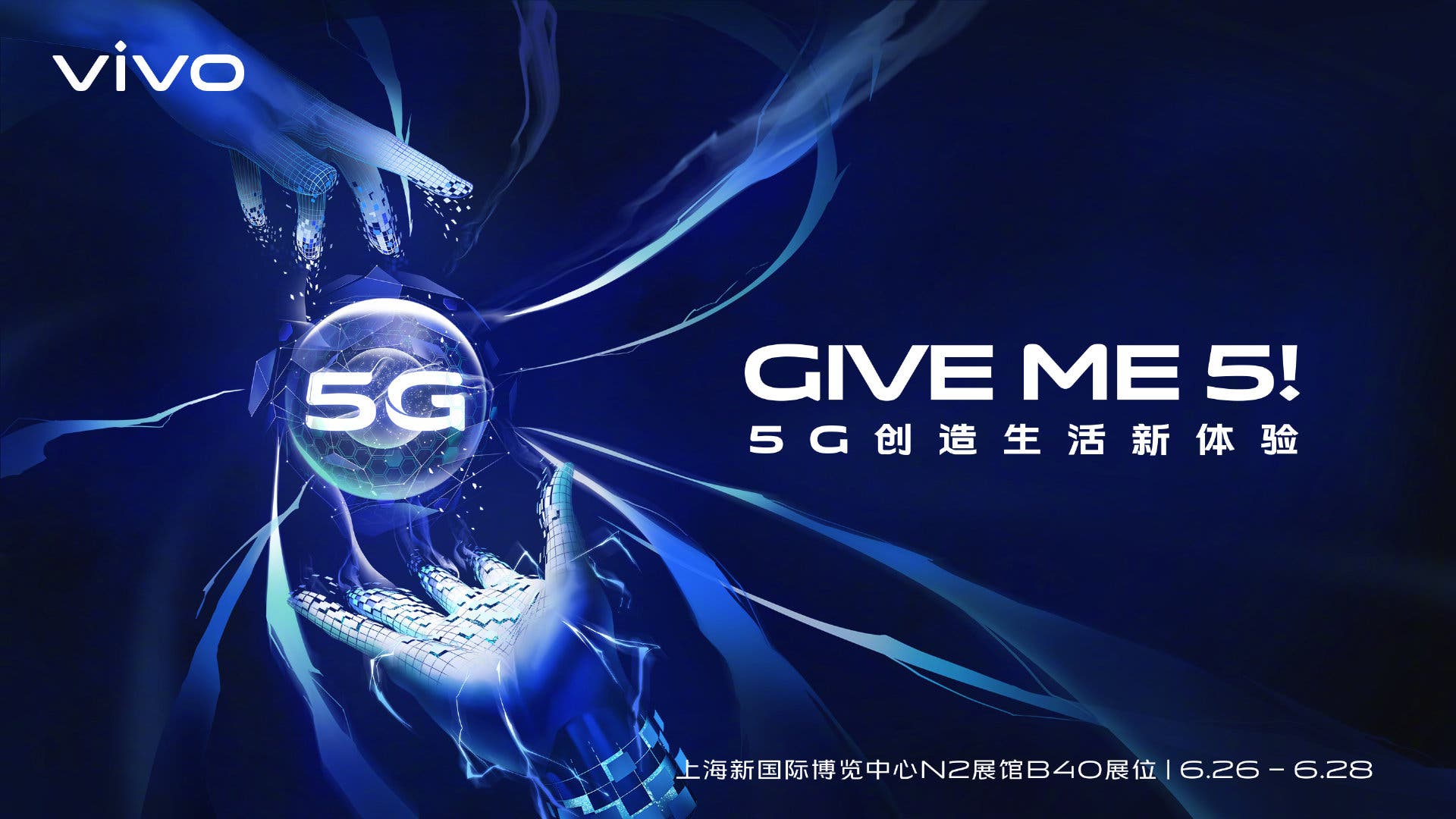 From what we know, vivo earlier stated that it developed a 5G smartphone by modifying its current vivo NEX S flagship and slapping in a Qualcomm’s X50 modem. However, this smartphone did not hit the market.

Next Galaxy Fold Is Ready To Go Public, Samsung Claims