LG  looks set to battle its Korean rival Samsung and Xiaomi in the online smartphone segment in India with the launch of an all-new LG W series. The LG W10 perhaps will arrive first under the new Series, and from what we know about the device so far, it will get a triple rear camera, and aggressive pricing, according to LG’s teaser.

While LG and its online partner – Amazon India have yet to divulge more details, Google Android has jumped the guns as it has just uploaded the device profile on the Android Enterprise website. The listing has a render which we supposed is just a placeholder and not the LG W10. The image reveals a device with a large display and a wide notch on top which contradicts previously leaked renders. 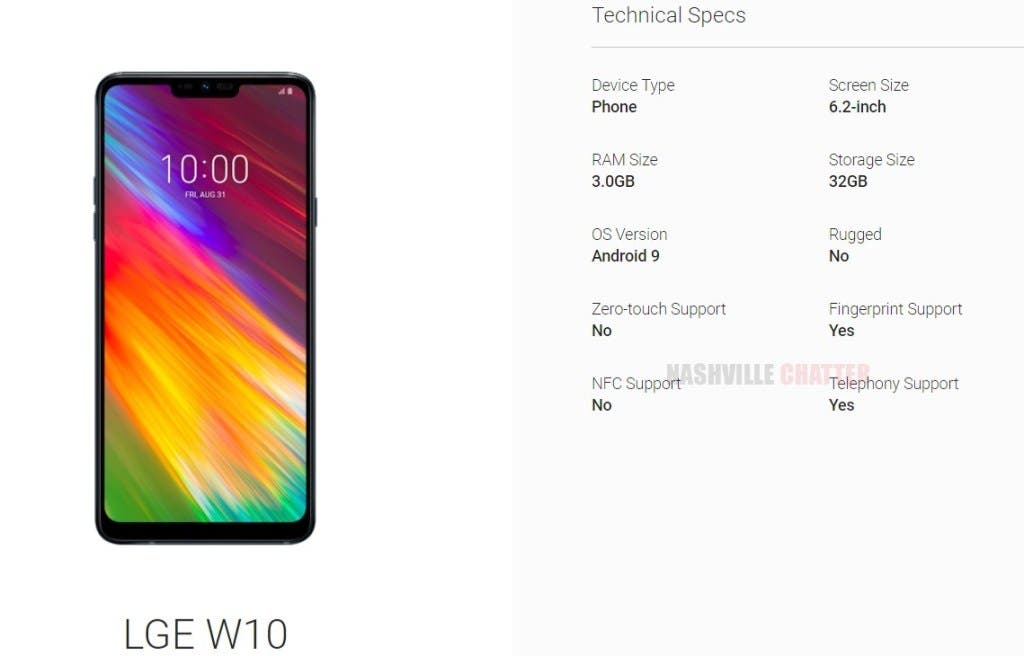 The listing says the LG W10 (LGE W10) will come fitted with a 6.2-inch display, 3GB RAM, 32GB storage,  and will boot Android 9 out of the box. The listing further noted the LG device will get a fingerprint sensor, no NFC, and  “Zero-touch Support.”

Other than that, there isn’t much more we could get from the listing. However, we do know from previous leaks and renders that the W10 will feature a display with the water-drop notch, thin bezels on both side, but with a chin large enough to take up a fingerprint scanner. The device is also tipped to get a vertically stacked triple-rear camera setup with a red colored ring on the camera sensor. The camera details are still scarce. Leaks also point to a 4000mAh battery, Helio P60 or Snapdragon 439 SoC under its hood.

LG has yet to announce an official launch date, but will surely be made official in the coming weeks.

Next Dark Mode starts to show up in Gmail for Android