Samsung’s reinvent its budget line through the Galaxy M-series. The new set of smartphones gained popularity selling over 2 million units in India less than a month after release. The M-series lineup already includes four smartphones, but according to a new GeekBench Benchmark, a fifth handset may come as an upgraded Galaxy M30. It should be announced as Galaxy M30s. 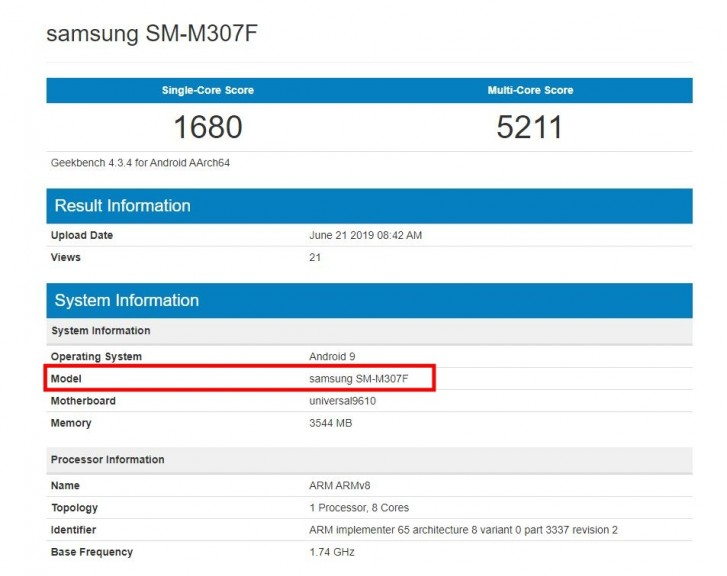 The device popped out with the SM-M307F model number. It achieved a total score of 1,680 on single-core test while the multi-core performance resulted in 5,211 points. Furthermore, the listing reveals that the smartphones runs Android 9 Pie, probably with OneUI running atop. More important, it features an Exynos 9610 chipset which is paired with 4GB of RAM.

These numbers are beyond what the original Galaxy M30 offers. The lesser model ships with an Exynos 7885 SoC that isn’t on par with the 9610. According to rumors, this new variant could also come with improved front and back cameras and should include a larger 5,000mAh battery. For now, these are all details about the mysterious Galaxy M30s. When it comes to the standard Galaxy M30, the device is still performing well in sales and has recently received Android Pie update.