After the United States listed Huawei in its “entity list”, FedEx diverted two Huawei package to the United States without any notice or explanation. The courier company subsequently apologized that only a very small number of parcels were shipped incorrectly and it is handling the situation. Recently, there was a report that FedEx has refused to send a Huawei smartphone to the US citing “government issue with Huawei and China government”. Now, it appears that FedEx is retracting its initial statement and said its a “mistake in operation”.

This is totally ridiculous. Our UK writer tried to send us his @HuaweiMobile P30 unit so I could check something – not a new phone, our existing phone, already held by our company, just being sent between offices – and THIS happened @FedEx pic.twitter.com/sOaebiqfN6

Recently, PCMag, a well-known technology media, wrote that a British author sent a Huawei P30 mobile phone to them via FedEx for further evaluation, and this is not a new mobile phone. The parcel was subsequently returned directly by FedEx and said that it was because of the Sino-US government relationship. 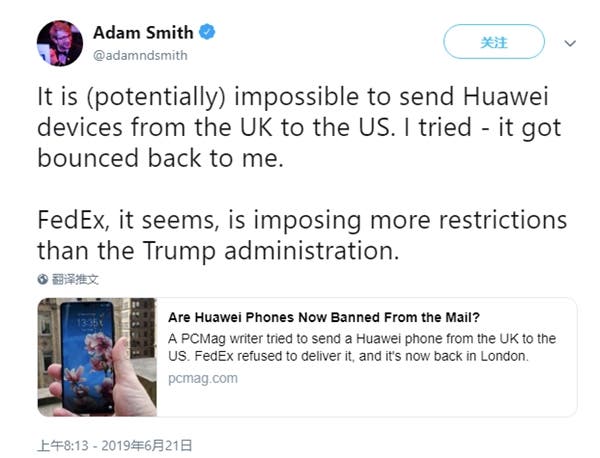 The British author Adam Smith, who sent the courier, revealed that according to the logistics information, the Huawei P30 mobile phone originally arrived in Indianapolis, USA, on the same day, but after a five-hour delay, the parcel was returned back to him in the UK. 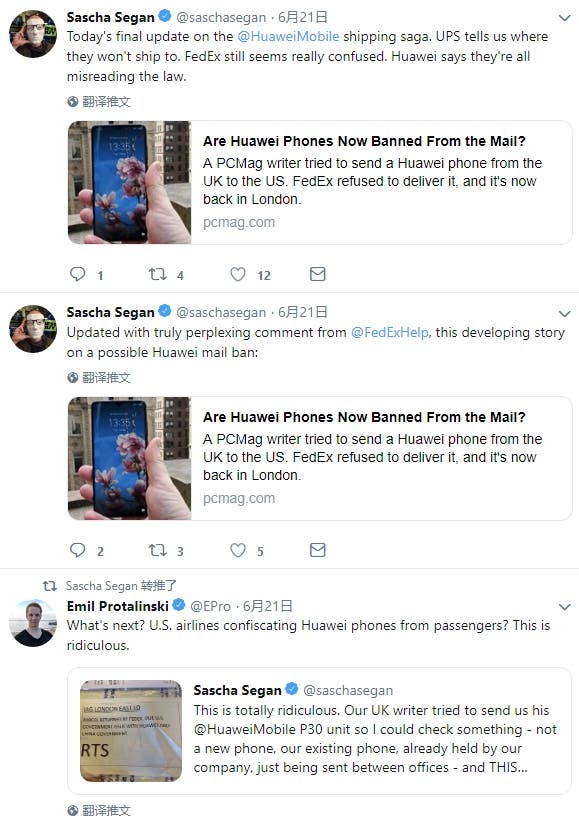 This incident quickly went viral on Twitter and many suggested that FedEx seems to be imposing more restrictions on Huawei than the US government. In addition, Huawei accused FedEx of misunderstanding the relevant regulations.

Morning update on the @HuaweiMobile @Fedex drama: new official statement arrives saying phone was "mistakenly returned" & "we apologize for this operational error." Contradicts what we got y'day from @fedexhelp, but let's call it an update rather than a contradiction.

Today, PCMag revealed that they received an official FedEx statement stating that the Huawei P30 phone was “returned incorrectly” and “apologized for the mistakes in this operation.” The courier company also said: “As a global company that delivers 15 million items a day, we are committed to complying with all rules and regulations, adapting our operations to the regulatory environment in the United States, and minimizing the impact on our customers.”