First, it was a case of diversion of two parcels destined for Huawei addresses in Asia to the United States and an attempt to reroute two others, and now, report says FedEx has intentionally refused to deliver a Huawei destined for the U.S. from the UK.

Writers at the UK tech publication PC Mag after reviewing the Huawei P30 in the UK sought to deliver same to its office in the States, perhaps to cut cost. We understand the parcel was originally sent via Parcelforce to the US who handed same to FedEx. The device brand, model, and even Imei are all required to be declared for a parcel of this nature to move internationally, so it was clear the package had the Huawei P30 Pro in it.

On arrival at the Indianapolis, IN, PCmag reports that the parcel instead of been routed to its NewYork address was reroute to the UK. And from the note attached, it is apparent FedEx refused the package because it contained a Huawei phone, citing “U.S. government issue with Huawei and China government.” 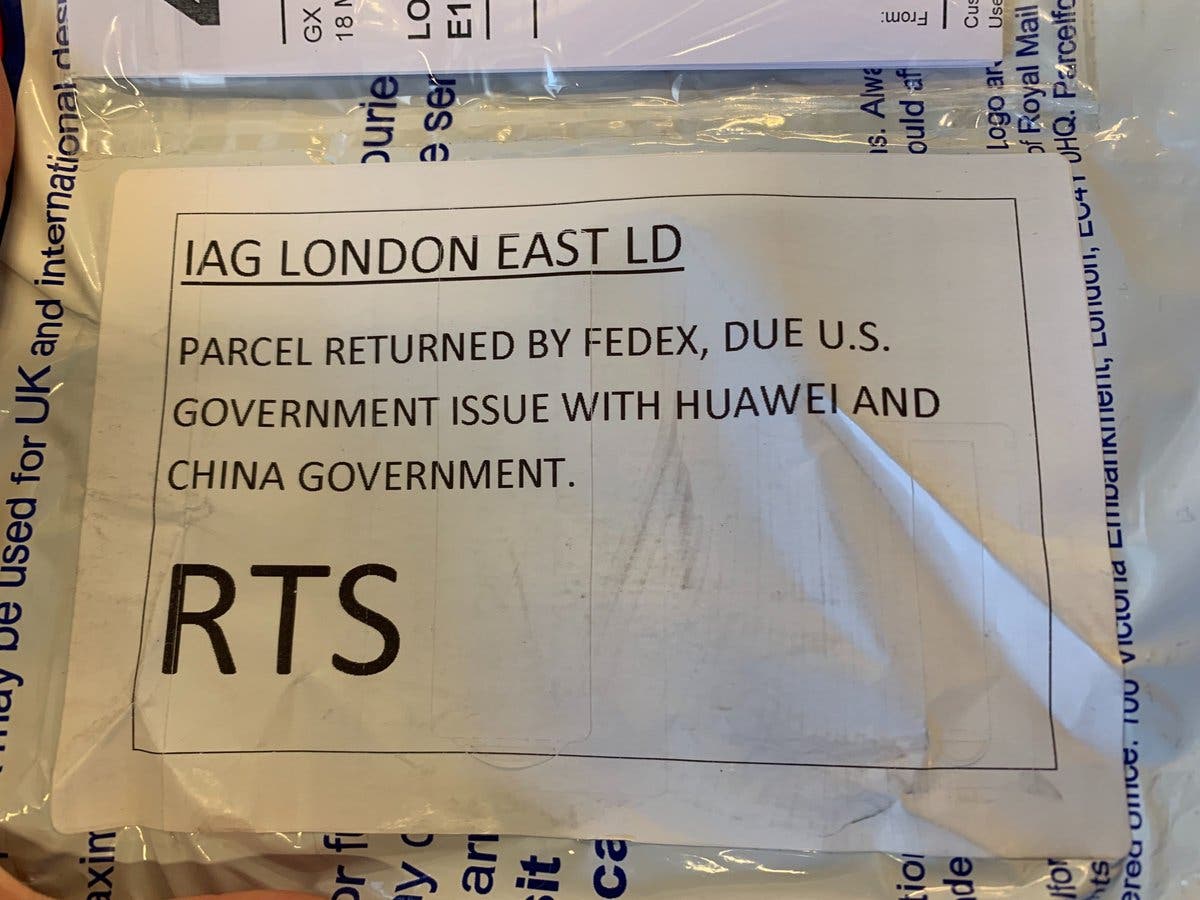 Although the US sanction only prevents the Chinese firm from using US-based technology, and not to their use, sale, or shipment in the United States, this may be a case of FedEx trying to place safe, though it would have at least take a second look at the details of the sanction if delivering the said device was appropriate or not.

Huawei in a swift reaction has said it was a complete misinterpretation of the US orders, while UPS revealed in a statement that it will gladly deliver such shipment with rancor.

FedEx, and Parcelforce, on the other hand, have yet to comment on the report. We’ll be watching for updates to this situation as they become available.

“We will now have to review our logistics and document delivery support requirements as a direct result of these incidents,” Huawei spokesperson said earlier in the face of the reported diversion of Huawei’s document.

Chinese authorities have filed a case to investigate U.S. parcel delivery service FedEx for allegedly undermining the rights of Chinese clients, while Huawei looks set to reaching an agreement with China post.