Almost a month after the forced interruption due to bugs, HTC has made available a new update to Android Pie for its U11 smartphone. Also, in this case, the release is initially limited to the Taiwanese market.

This new system update has a build number almost identical to the one that caused problems. It passes, in fact, from 3.22.709.2 to 3.22.709.3. The changelog does not specifically report bug fixes but only a generic update to Android 9.0 Pie.

For HTC, therefore, the problem of “bricking” of some units is as if it had never been there. There is not even information on the behavior adopted by the Taiwanese company towards those who found the problem. It is not known, intact, if they have been repaired in any way or simply replaced.

It is worth to mention that previously, a number of users of the HTC U11 in Taiwan have reported a bug with the device security system, precisely, they are reportedly facing a situation where the stored PIN and pattern security codes don’t work, effectively bricking the device as there isn’t a way for the user to unlock the phone. 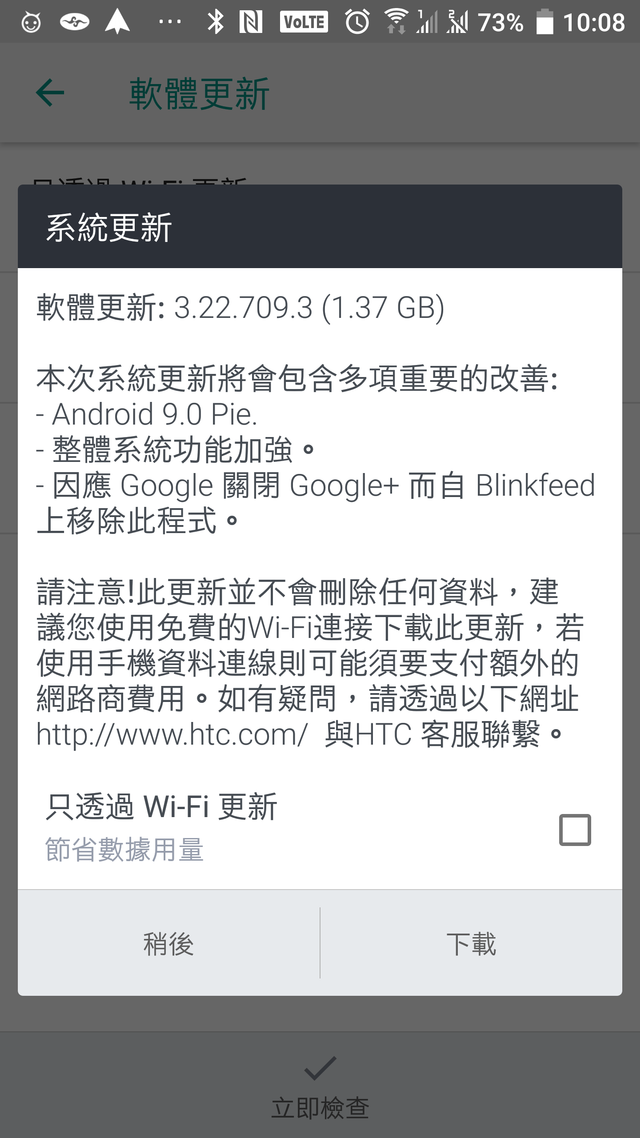 The Taiwanese firm in response has since pulled the update and is also offering free service to anyone who has had their device bricked as a result of the update and planned to resend the update at the end of June.

The start of distribution in the domestic market, however, gives new hope for the arrival of Android Pie also in the European one, but at the moment it is not possible to make forecasts on the timing. An encouraging sign remains, also considering the difficulties that HTC has been facing for many quarters to try to stem the negative turnover trend.

After U11, HTC’s top range for 2017, it is reasonable to think that even the later HTC U11+ and U12 could start receiving updates to Android Pie soon.