It’s barely been a month since Samsung took the wraps off the Galaxy Xcover 4S rugged smartphone, but it would seem an update is already in the offing. The next in the line of Samsung rugged phones could be dubbed the Galaxy Xcover FieldPro.

While Samsung hasn’t official teased or confirm that it is launching an updated Xcover soon, the firm has trademarked the “XCover FieldPro” name at EUIPO (European Union Intellectual Property Office). Fieldfisher LLP from the UK made the filing on behalf of the Korean firm.

Details about the Xcover FieldPro remain sketchy, however, there are speculations it could launch alongside the Galaxy Note10 later at the IFA 2019, perhaps as a more advanced version of the Xcover 4S. 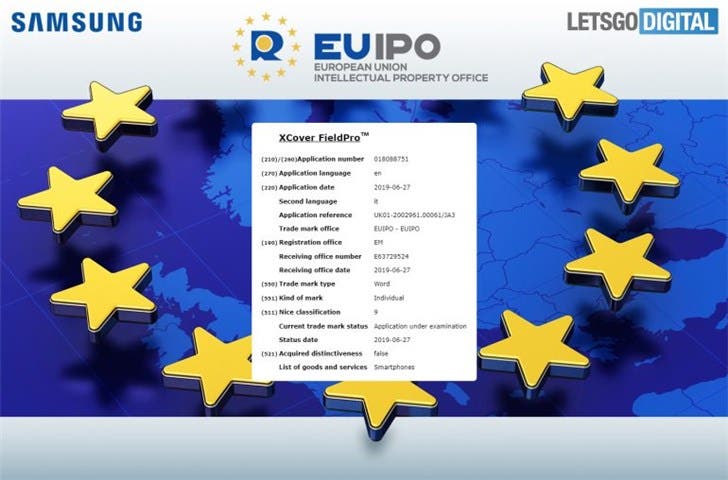 While the Galaxy Xcover 4s is a mid-range smartphone with a standard 5″ HD display, and the home-made Exynos 7885 under the hood, the Xcover FieldPro could go for the high-end Snapdragon 855 SoC, perhaps with a slightly larger display, more battery and an improved camera over its previous iterations.

The recently unveiled Galaxy Xcover 4s much like other devices in the Xcover lineup has been built to work well in areas where other Galaxy S, A, and M series ordinarily cannot work. Its build is in conformity with the U.S. military’s MIL-STD 810G standards for ruggedness and has IP68 certification for water to a depth of about 1.5m for at most 30minutes, and dust resistance.