The latest research from Counterpoint ( A renowned research data company) estimates the huge part of Indian flagship smartphone owners are looking for a new device in the next year. The report was based on 800 respondents who expressed their desire to upgrade their current smartphones. In India, the premium segment was defined as phones priced above INR 20,000 ($280). According to the report, people in this price segment keep devices for 25 months. 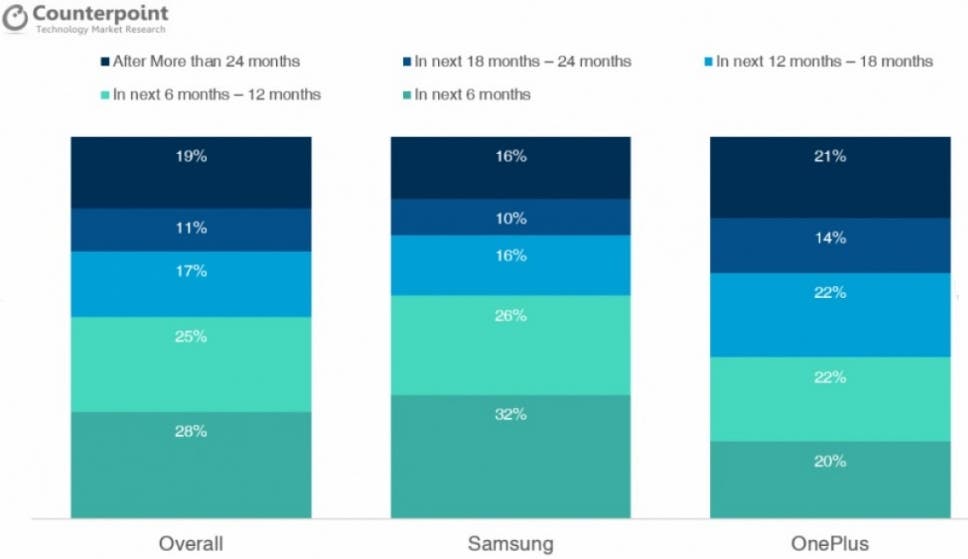 Counterpoint also questioned users what specific key feature they want more when upgrading to a new flagship. According to 58% of respondents, Dust and Water Resistance is more important. 41% want to make a switch for a more advanced in-display fingerprint scanner. 39% of users are into facial recognition systems, while 37% want to see significant improvements in the camera department. The same 37% also expects further upgrades in Artificial Intelligence. 24% of users want to see more punch hole displays, while just 22% are into foldable displays.

Previous Rumors: Apple may tailor a low-cost iPhone for China