Leaks aren’t necessarily indicators that a phone is about to launch, though it could be it will launch in the nearest possible time. That is the case of the Realme A1 from  Oppo-spinoff Realme. Leaks and reports about the imminent launch of the device date back to late 2018, but has yet to go, official.

Today we a fresh reason to believe the Realme A1 is still on the card as a newly leaked retail box of the device has surfaced. Unfortunately, it doesn’t reveal anything substantial other than confirming the Realme A1 moniker. So we are still pretty sure the brand could release a device for the low-income earners following the flagship Realme X.

Tipped to come in Black and Yellow color options, reports suggest that the Realme A1 will be positioned below the Realme U1 in the company’s smartphone range.

Previously leaked render suggests the Realme A1 will retain previous Realme design –  a waterdrop notch with barely any bezels on the sides, dual camera setup and a fingerprint scanner on the flip side. Though there are chances the company could give it a renewed design.

However, we reported earlier that the A1 could come with a MediaTek Helio P70 processor under the hood. And alongside that is  2GB or 3GB of RAM and 32GB of internal storage which could be expanded up to 128GB. It will come packed with a 4,200mAh battery, a 13MP+2MP dual rear camera setup with LED flash and an 8MP selfie snapper, and will sadly boot Android Oreo out of the box. 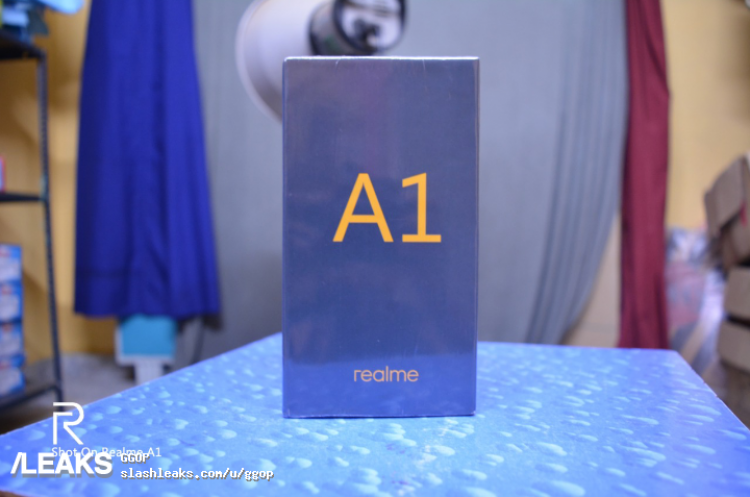 Do note that these are mere leaks that date back to December 2018. Time has changed, so it is plausible the brand could surprise us with something more appealing.