First off, the Redmi 7A in India gets a dedicated slot for memory expansion up to 256GB. The Chinese version for comparison sake only has a hybrid dual SIM slot. The most notable upgrade over the Chinese version is in the camera department. The Indian Redmi 7A features the same rear cam on the Mi A2 and the Indian Redmi Note 7.  That is a 12MP Sony IMX486 sensor with LED flash, PDAF coupled with a 5MP sensor on the front. The Rear cam gets AI scene detection feature, though not out of the box, but will arrive via OTA in due course.

Other than the aforementioned, the Redmi 7A launched in India today shares basically the same specs with the Chinse version. 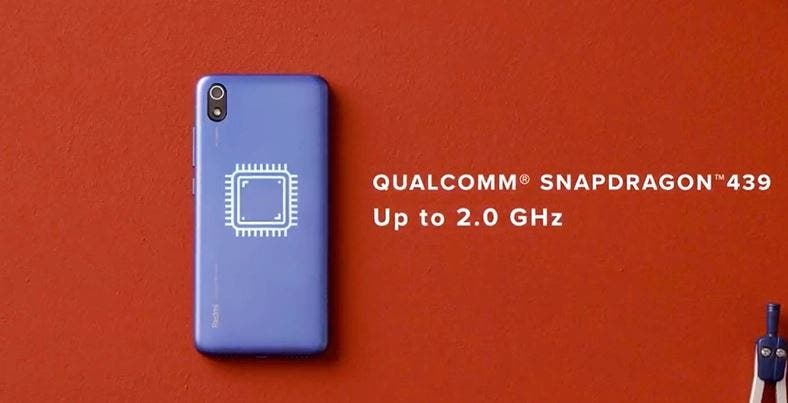 The device is embedded in a polycarbonate unibody shell with a matte finish on the back and a P2i coating to splash-proof, and on the front is a 5.45-inch HD+ IPS display with an 18:9 aspect ratio. Under the hood, the device has the SD 439 SoC coupled with 2GB RAM, 16GB and 32GB of expandable storage. Of course, the Redmi 7A boots Android 9.0 (Pie) with MIUI 10 out of the box and is powered by a 4000mAh battery. 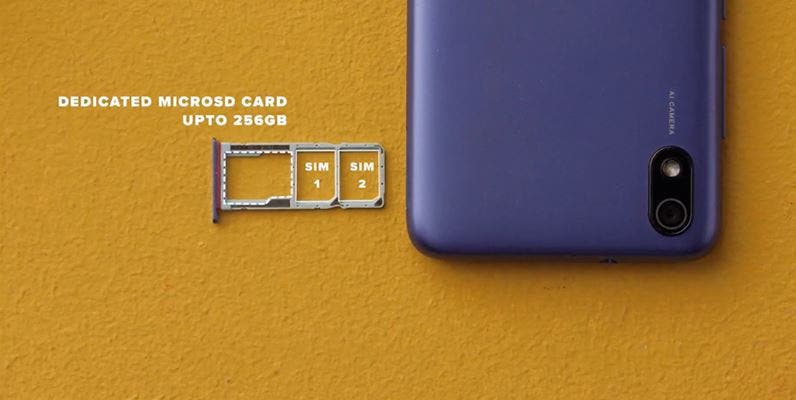 Redmi 7A Pricing and Availability