ASUS 2nd generation gaming focused smartphone is apparently in the works. Rumors pointed to a July 23rd launch date, and today all that has been confirmed. To no one’s surprise, the firm earlier today started to issue out media invite to a July 23rd event for the launch of the Asus ROG Phone 2. 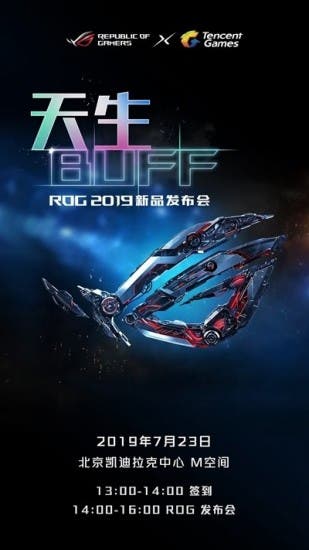 The difference in charging support notwithstanding, both models will pack similar hardware.  Specifically, both variants will no doubt come with Qualcomm’s Snapdragon 855 SoC under the hood. RAM size is expected to be as much as 12GB with improved cooling system and its glowing logo.

More details in the form of teasers and leaks will no doubt surface in the coming days.

Previous Huawei Developer Conference will be held on August 9th, there may be HongMeng OS

Next Xiaomi Mi A3 (Android One): 48MP sensor confirmed by the FCC