The OPPO A9X which was announced earlier in May as a slightly advanced variant of the A9 could be getting a variant with more RAM soon. The device is at the moment available only in 6GB RAM and 128GB storage and could be getting arriving soon in 8GB.

As an indication, the Chinese certification website, TENAA has cleared an Oppo A9x new variant with 8GB RAM suggesting it could go on sale soon in the country. Other the bump in RAM size, other specs remain unchanged including 128GB of storage. 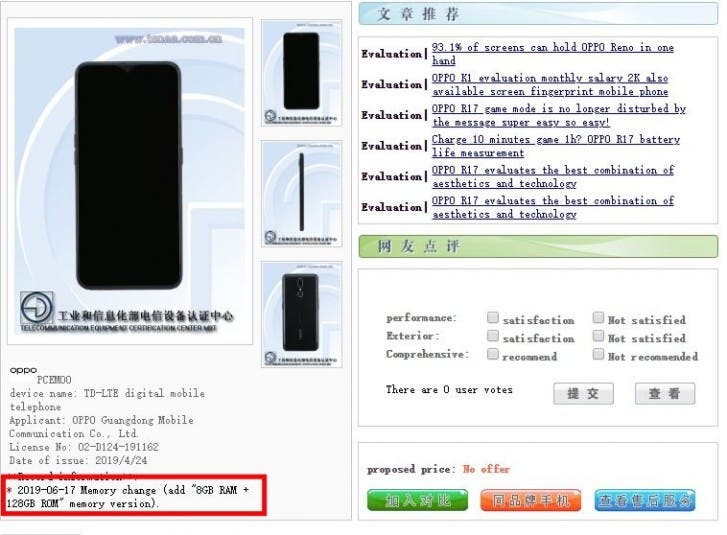 To recall, the OPPO A9X which arrived as an incremental upgrade over the A9 flaunts a large 6.53-inch FHD display a waterdrop notch. It boasts of up to 90.7 percent screen-to-body ratio and is layered with the 5th generation Gorilla Glass protection. On the display front, the device houses a 16-megapixel with  f/2.0 aperture, while it gets a dual cam setup on the flipside. The camera comes in the form of a  48-megapixel rear camera with LED flash, f/1.7 aperture, and a 5-megapixel secondary camera.

Under its hood, the OPPO A9x is powered by octa-core MediaTek Helio P70 12nm processor, while it draws energy from a 4020mAh battery with VOOC 3.0 fast charging.