Early renders of a device alleged to be the Xperia 20 surfaced a while ago. And while a few of us thinks it is way too early to expect a sequel to the Xperia 10, a new leak from China appears to have revealed the Xperia 20 Specs details. The Xperia 10 is in all aspect a mid-range phone. It highlights a unique 19:5 screen aspect ratio. But it also features a low-end chipset and some middling specs – so what does the upcoming Xperia 10 holds.?

Similar to the Xperia 10,  the leak says the Xperia 20 features a Full HD+ 6-inch screen at a 21:9 aspect ratio. That means it has the same optimally-sized display for watching video, viewing photos or playing games. Still, there isn’t any form of a notch, rather Sony is sticking to its unusually thick bezels. And unlike the Xperia10 with a side-mounted fingerprint sensor and a separate power button, the Xperia 20 combines both on a single button. 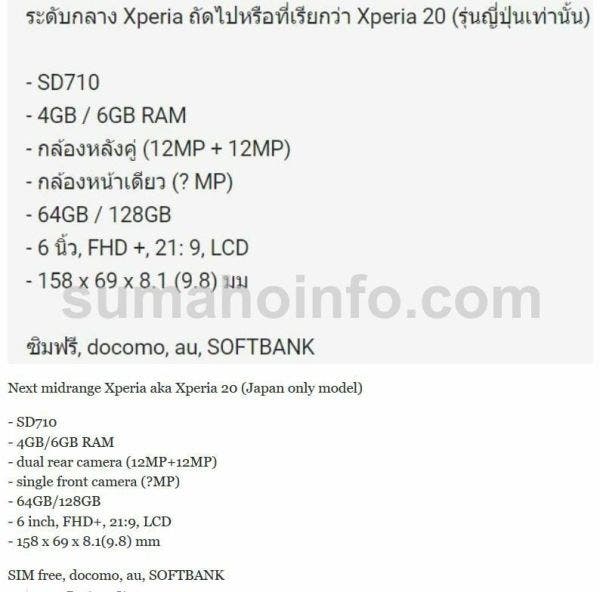 Despite the similarities in design, the Xperia20 will get a major specs boasts over the Xperia10. First, it will drop the Snapdragon 630 of the Xperia 10 for a Snapdragon 710 processor paired with 4GB or 6GB of RAM and 64GB or 128GB of storage. The camera as per the leak is a dual 12MP camera, while it retains the Xperia 10 front camera – 8MP sensor. The weight remains unknown, though the158 x 69 x 8.1 mm footprint is an indication it could get a smaller or, perhaps the same battery capacity. 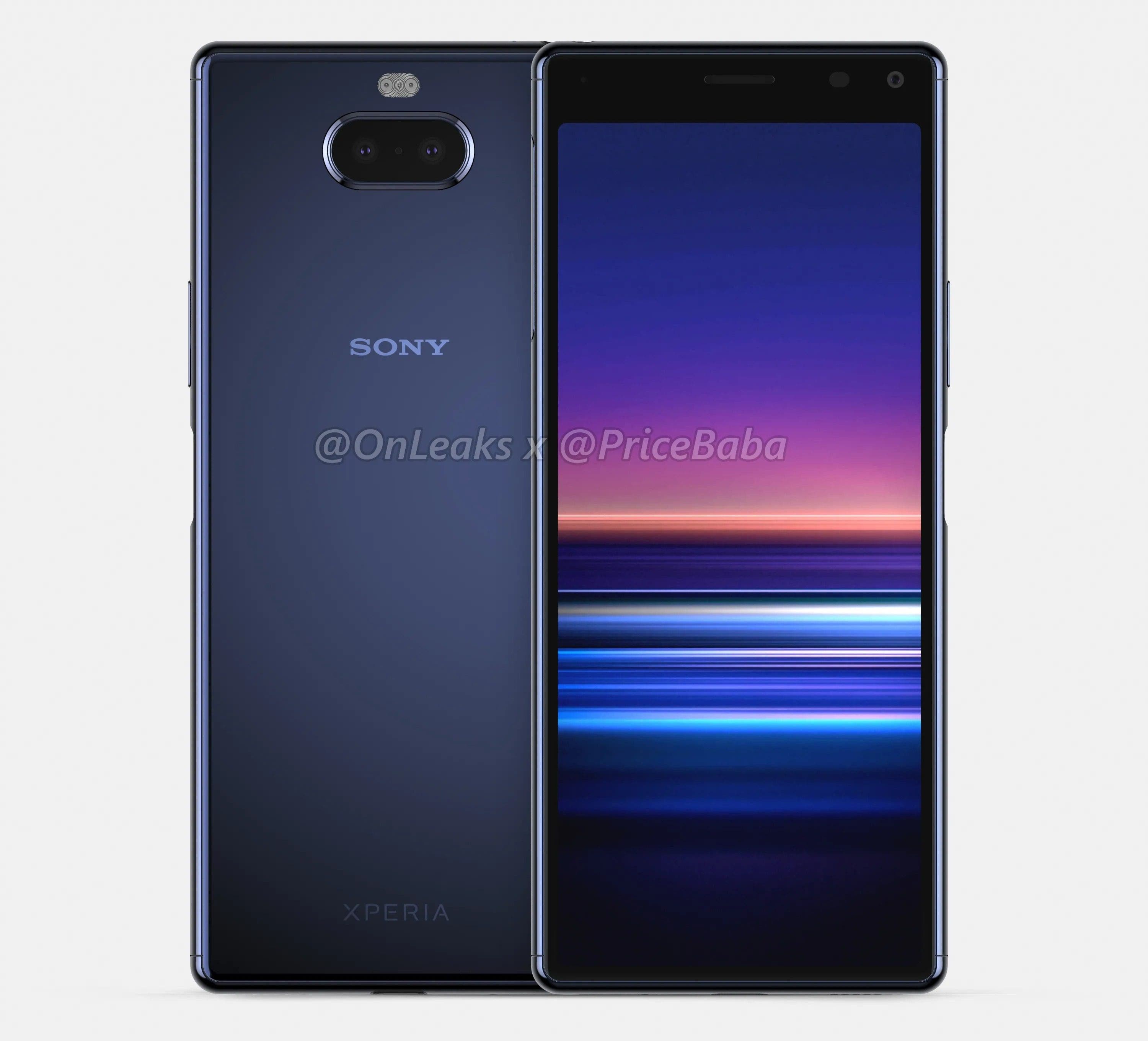 We have no clue when Sony will unveil the Xperia 20, though the two plausible options are an MWC 2020 release or later at this year  IFA.

Next Honor 20 Pro Shipments Slowed Down, Though Seems Problem Is Solved