Sony kicks off this year with a good number of devices announced here at the MWC 2019 taking place in Barcelona. The Japanese electronics maker did indeed bring a total of four handsets, including the Xperia 1 we checked out yesterday, the budget friendly L3 (hands-on coming soon) and the mid-range Sony Xperia 10 and 10 Plus. In this article we’ll be talking about the latter two! 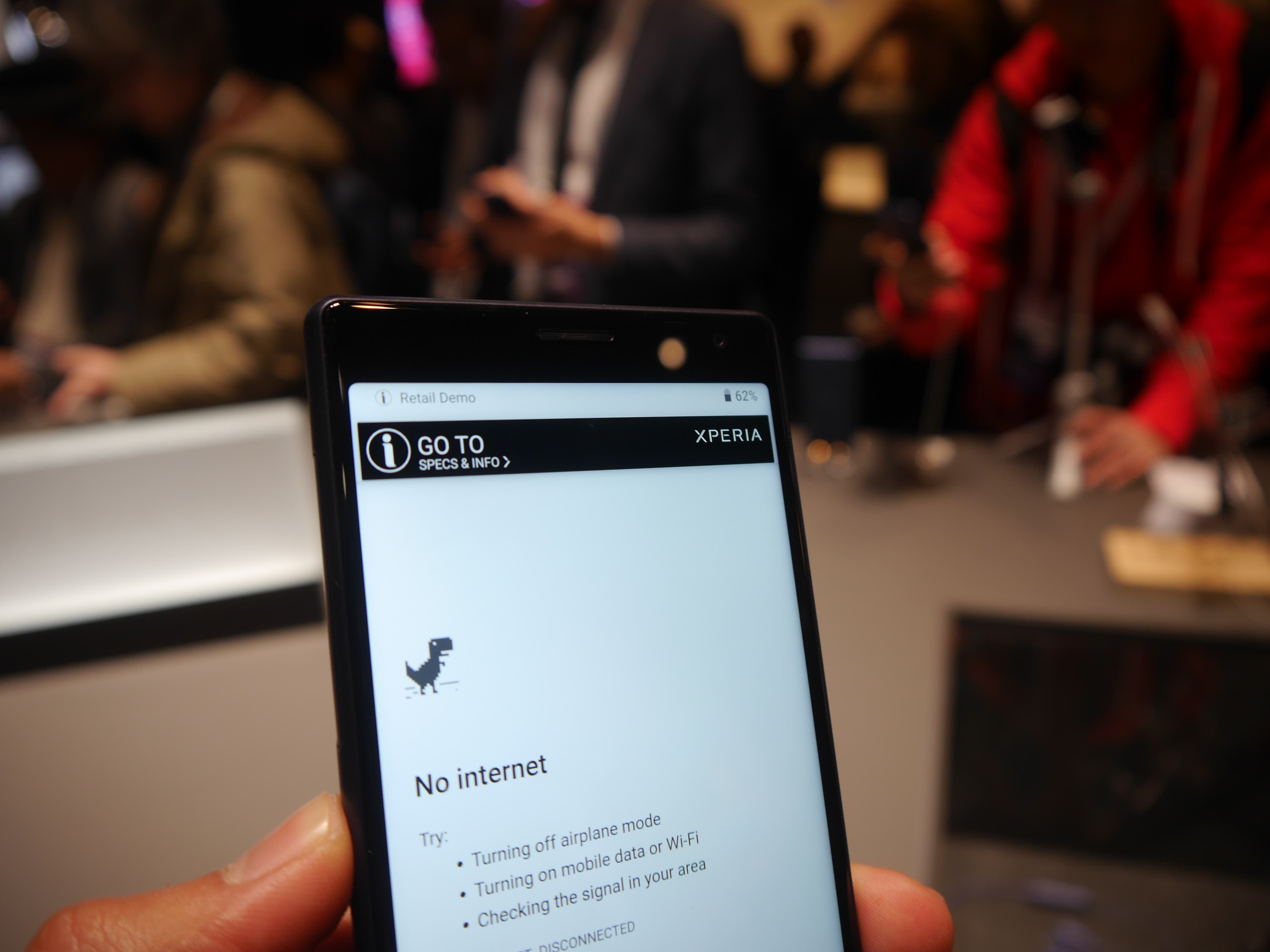 Let’s start with the smaller one, the Xperia 10. The handset comes with a very unique design, meaning the top bezel is still thick just like on previous Sony phones, while the bottom one has been slimmed down to the minimum. What’s even more unique is the display aspect ratio of 21:9, a very bold choice considering you are probably not going to watch cinema quality movies on your smartphone. 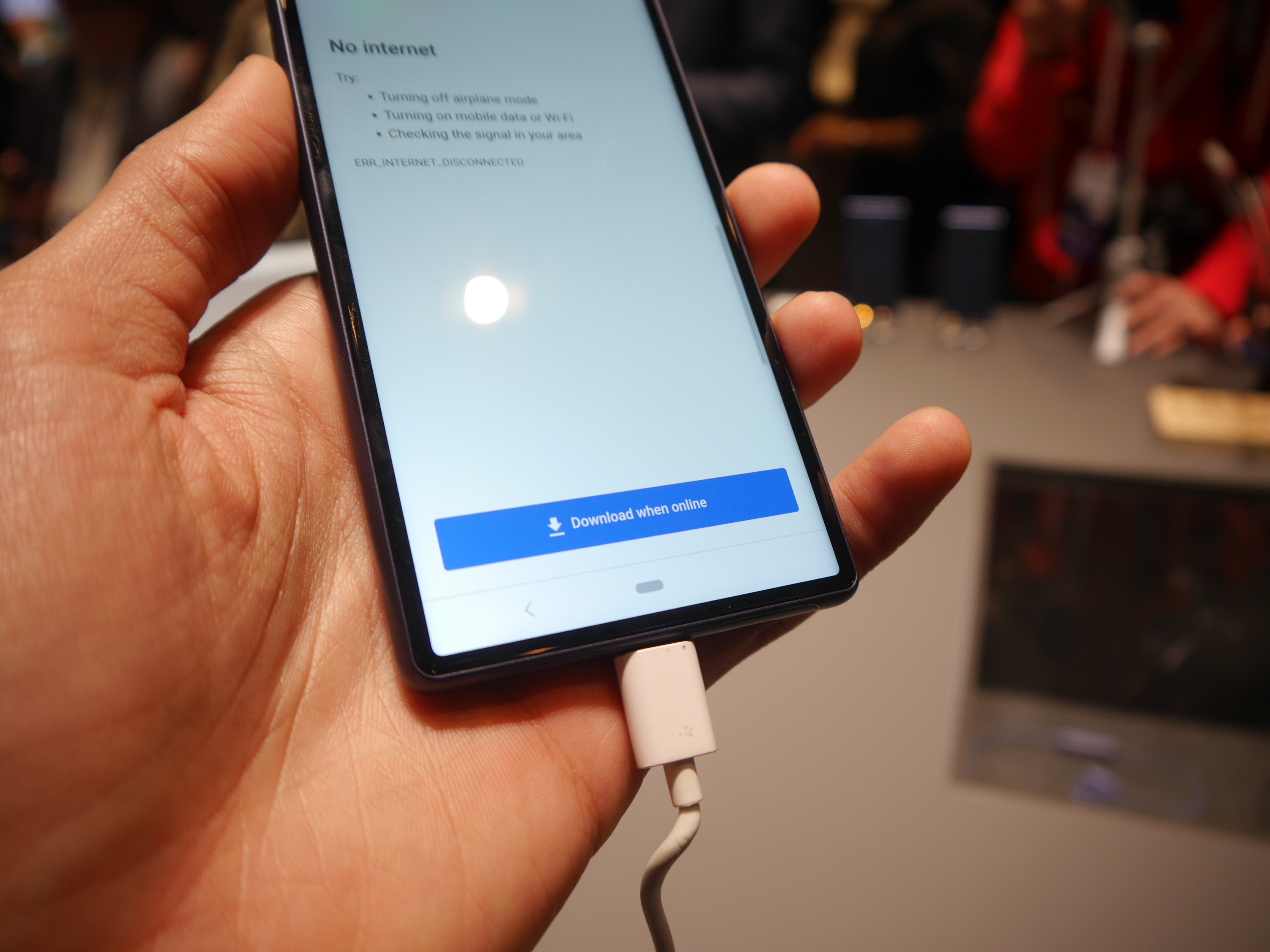 The screen actually is 6-inch in size, sports Full HD+ resolution and is coated in Corning Gorilla Glass 5. The panel quality didn’t look very promising though, which is definitely a problem for a device aimed at movie junkies (or whomever Sony is marketing this to).

Meanwhile on the back we find a plastic cover that actually felt good in the hand, for a moment we even thought it was metal. That said, the design looked pretty uninspired and we do not understand why the volume rocker has been placed below the fingerprint scanner and the power button, making it really awkward and potentially dangerous to use (you feel like you’re going to drop it when you want to change the sound levels). 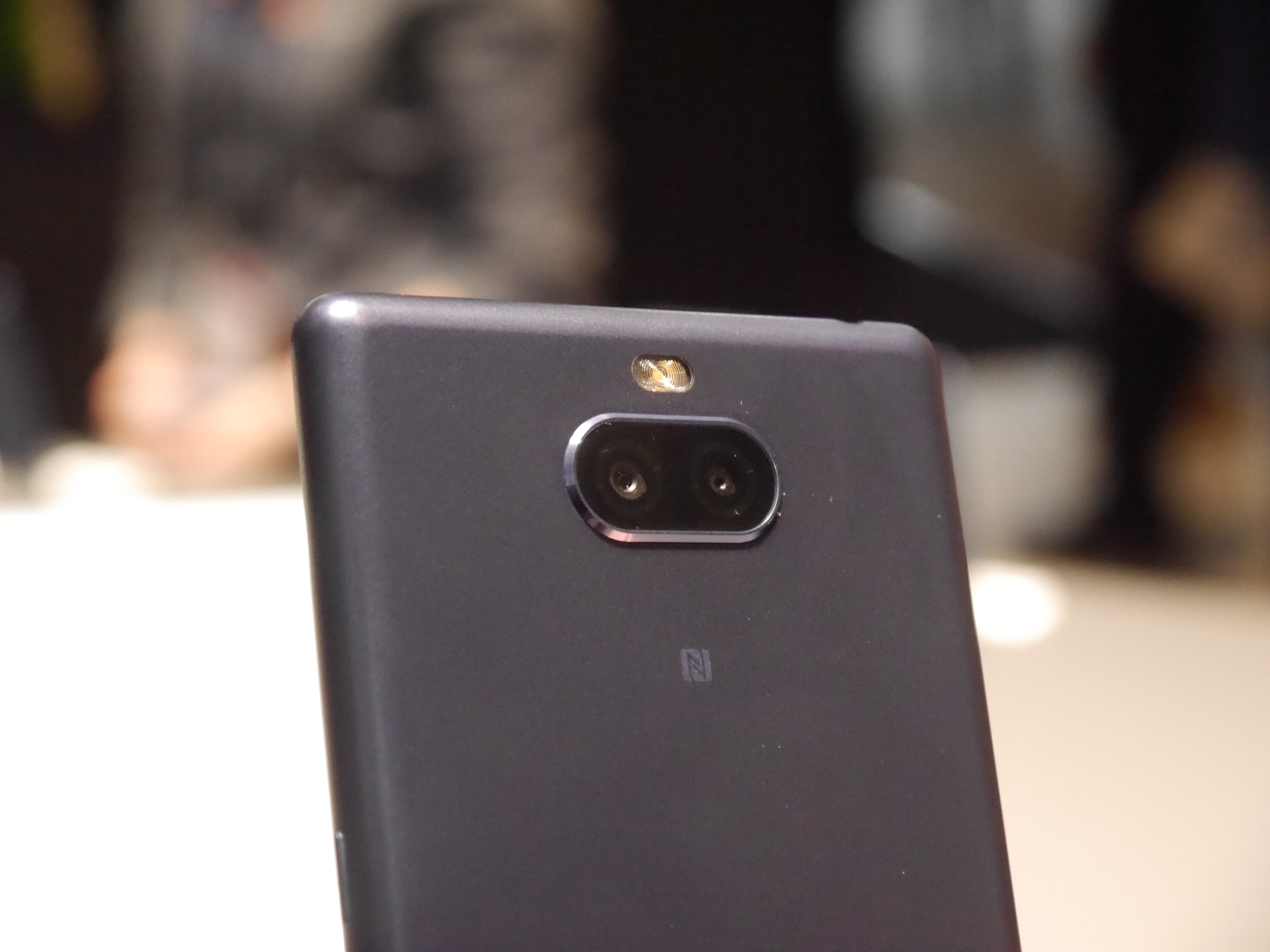 Other specs on the Sony Xperia 10 include a pretty old Snapdragon 630 CPU, 3GB or 4GB of RAM, 4GB of storage (expandable), NFC, two rear cameras of 13MP+5MP, an 8MP selfie snapper and, sadly, a 2850mAh capacity battery.

Moving onto the bigger brother, the Sony Xperia 10 Plus. We have basically the same handset scaled up. We now find a 6.5-inch Full HD+ display and a Snapdragon 636 CPU to power it up along with 4GB or 3GB of RAM and 64GB of storage (expandable). 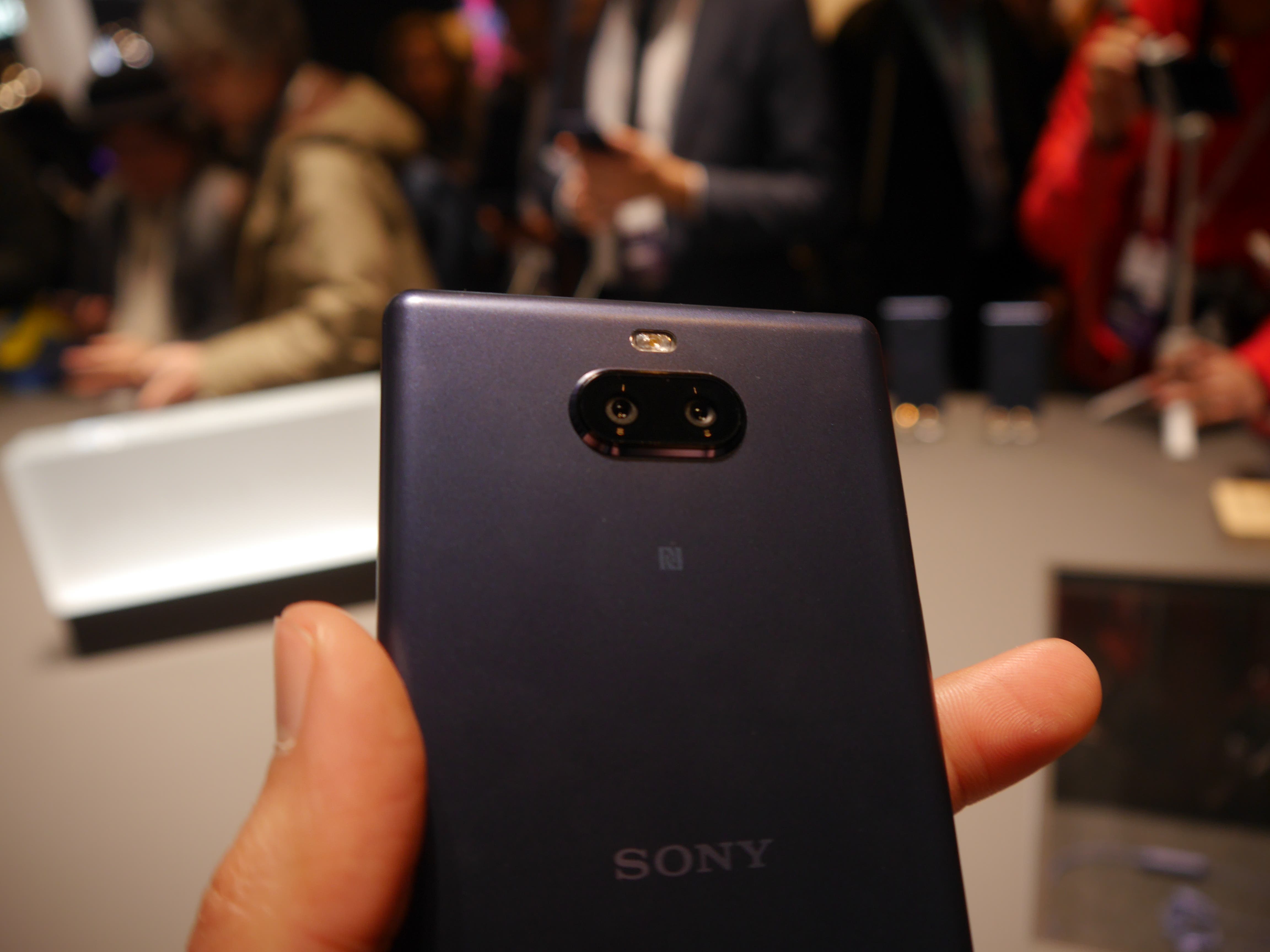 Cameras have been swapped for a better 12MP main sensor and a secondary 8MP telephoto shooter (2x optical zoom). Meanwhile at the front we still have an 8MP camera. 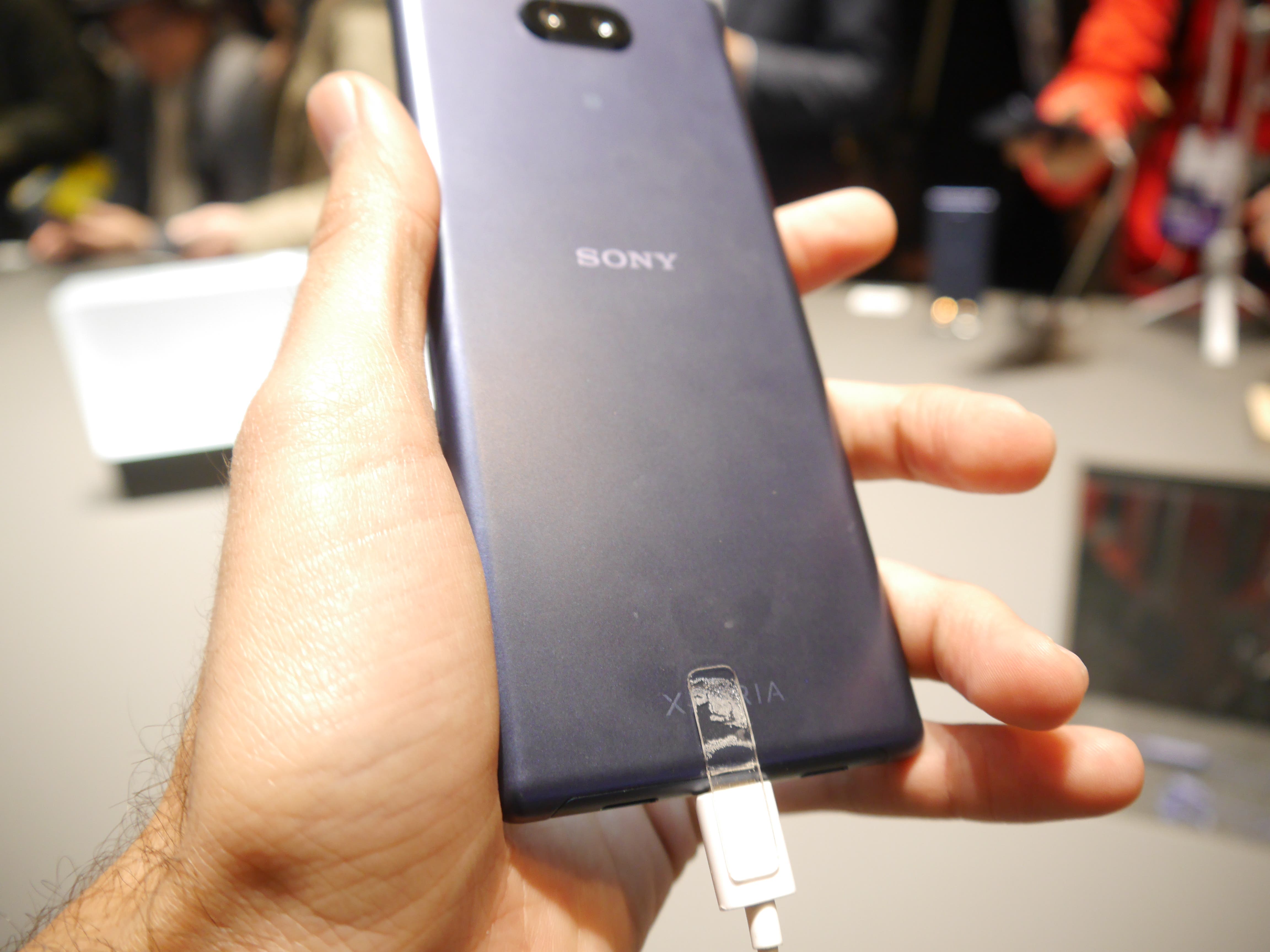 We have to say we’re pretty disappointed with Sony’s recently launched phones. The Xperia 10 and 10 Plus make zero to no sense anywhere you put them. Useless extra-tall aspect ratio on a low quality panel, boring design, odd buttons placement, an old entry-level CPU and a tiny battery. So no matter the price tag, the Xperia 10 lineup appears to be dead on arrival.

Please note we do not have an exact pricing yet but we expect them to be starting at over $300 for the Xperia 10.