OPPO Spin-off Realme is launching the Realme X in India later this month. But that isn’t the only phone planned for launch at the July 15 India event. The company earlier today teased the imminent launch of the Realme 3i, without many details. And now, the Realme 3i has surfaced on the popular Geekbench spilling the bean on a few of its specs.

The Benchmark site reveals the device will ditch the Helio P70 on the Realme 3 for a lower-end SoC. The listing points to an octa-core Helio P60 chipset with 4GB of RAM and runs Android 9 Pie. That is a confirmation that the device will launch as a watered-down variant of the Realme 3. 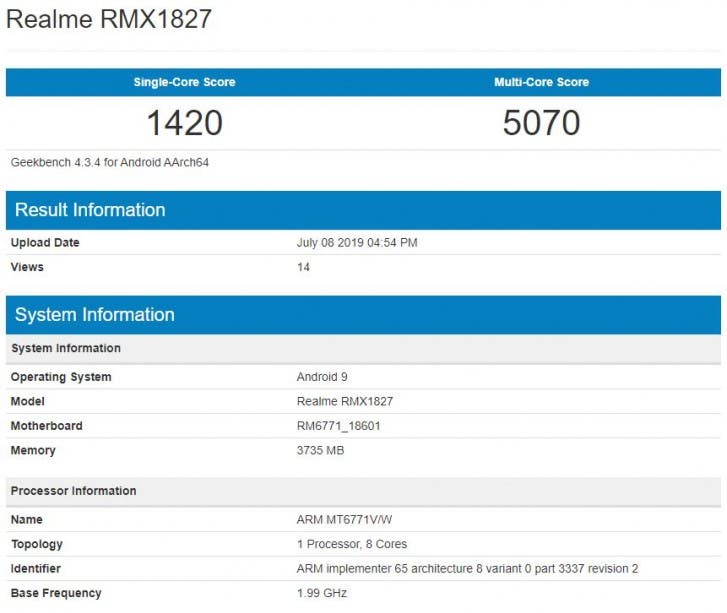 Apart from the information already known about the chipset and RAM, the company had earlier today touted the device as being the most ‘stylish champion’, big battery champion’, ‘display champion’, and ‘camera champion’.

We are not sure what upgrades the Realme 3i will get in the camera and battery units. Although there are speculations it could come with as much as a 64MP rear camera, given that the company had earlier confirmed it will launch a smartphone with such a camera in India soon. While sounds too good to be true for a cheaper device, we had like to take it with cautious optimism.

Next Another flash sale for ELEPHONE U2 on Geekbuying platform