The Economic Times reported Apple has begun exporting Indian-made iPhones to certain markets in Europe. If you are not aware, at present, Apple mainly produces old iPhones such as iPhone 7 in India through its manufacturing partner Wistron.

How Many iPhones Are Exported From India?

Some analysts said that Apple exports about 100,000 iPhone 6S and iPhone 7 every month. This accounts for about 60-70% of the plant’s total capacity. Moreover, this is the first time Apple has used its Indian plant as an export hub. In the past, the Cupertino-based company only used its factories in India to meet local demand.

As part of the Indian manufacturing program, the Indian government has increasingly encouraged companies to make products in India. The local government previously imposed high tariffs on smartphones not produced in India. This is why the iPhone is overpriced in India. The prices of Samsung and other equipment manufacturers are often more competitive than the iPhone. So Wistron began producing iPhone 6S and iPhone SE in India in 2016 and the iPhone 7 earlier this year. 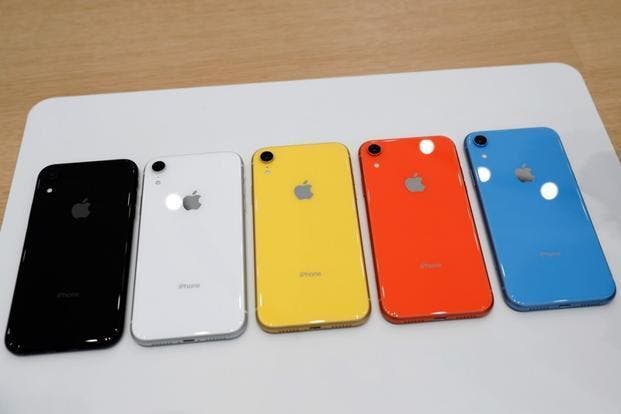 Foxconn, Apple’s main manufacturing partner, is also negotiating to set up an iPhone factory in India to produce high-end iPhones such as the iPhone X / XS. This will not only help Apple reduce the price of India’s iPhone but also to avoid becoming a victim of the China-US trade war.

If Apple’s future high-end iPhone products are all made in India, it will be a major victory for the Indian government. At the same time, Apple’s establishment in India will help the company to achieve higher competitiveness in the Indian smartphone market. In fact, this market is very price-sensitive. That’s why the China-based manufacturers such as Xiaomi, VIVO, and OPPO lead this market. On the contrary, Apple’s market share is 3% only. Undoubtedly, the American company has begun revising its price policy, at least for the markets like India.