Samsung is rolling out a new update for the recently released Galaxy M40. The update isn’t as a big as a new Android version, however, it’s still an important one. After all, it’s an update that comes packed with improvements to the camera and facial recognition.

Worth noting that the new firmware also bumps up the security patch to June 1. That’s a bit disappointing considering that we’re walking to mid-July. However, it’s still better than being two months behind in security terms. The firmware carries the M405FDDU1ASG2 build number and measures 378.40MB. 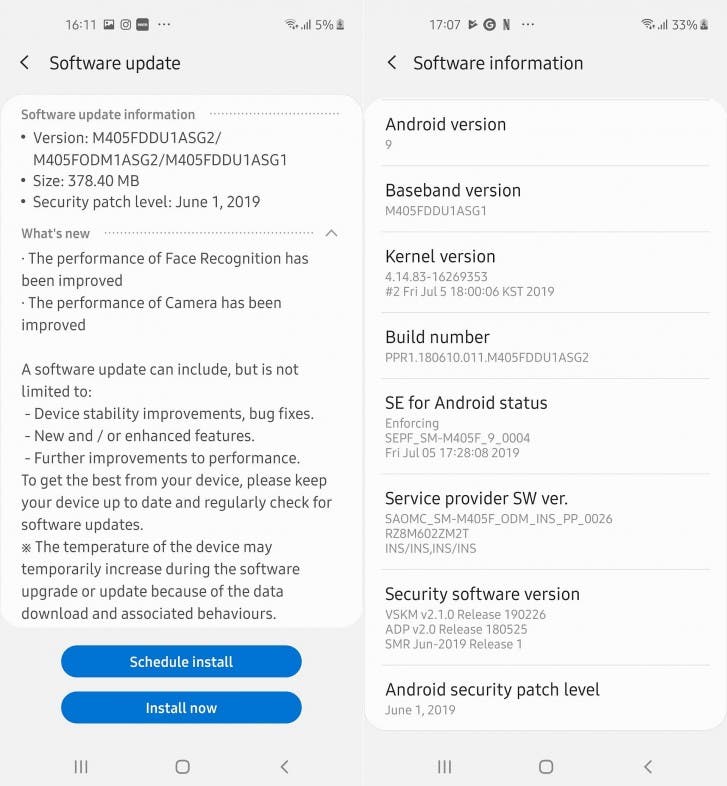 Since it’s a staged rollout, it can take several days to reach all eligible units. If you own a Samsung Galaxy M40 you can always check if the update is available through Software Update Settings sub-menu.