Many know Xiaomi as a smartphone maker. But in fact, this company has invested a lot in various brands and put a lot of efforts in itself. As a result, any product it launches wins customers’ hearts immediately. The same happened with TVs. This company has started making smart TVs only for a few years. But it has reached unprecedented heights. Today, we learned about another title won by the Xiaomi TV 4A 32-inch. It turns out the manufacturer shipped over 2.6 million units in China. In other words, it has become the first best-selling model in the LCD era with more than 2 million units. 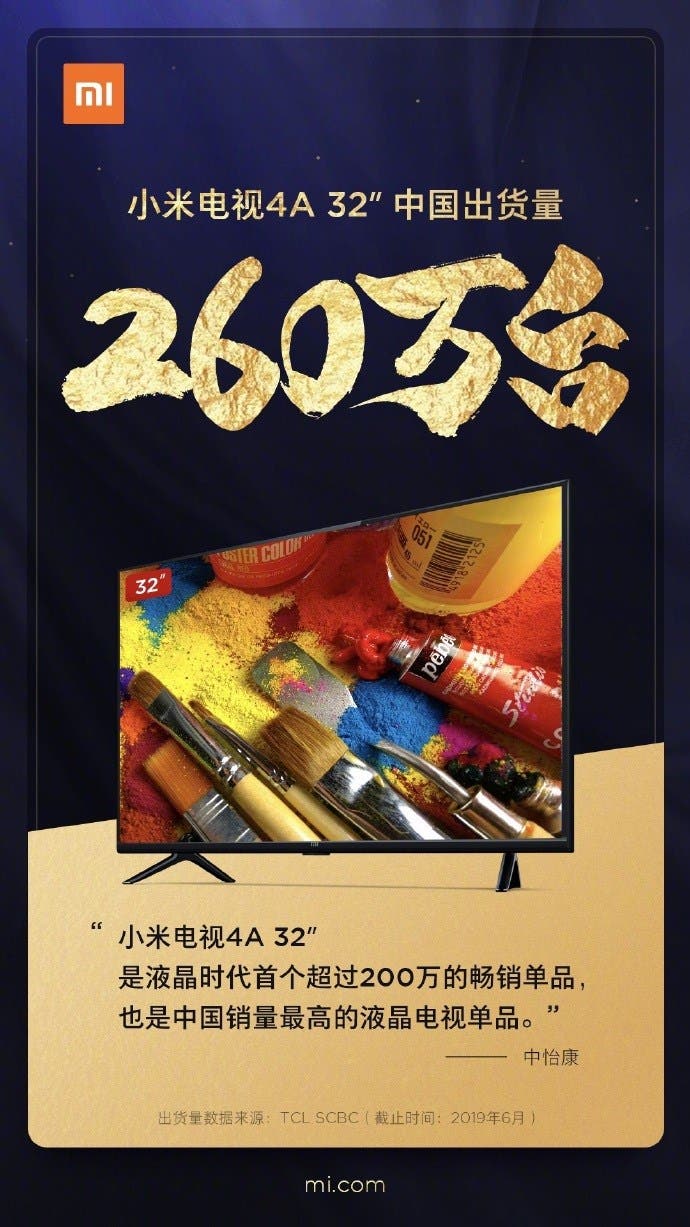 In March last year, Xiaomi announced it had managed to sell over 1 million units of the Xiaomi TV 4A 32-inch variant in 8 months. But this isn’t the only title to boast of. Xiaomi’s TV series tops China’s smart TV market for 6 consecutive months as of June 2019. It is one of the best Chinese TV brands in 2019. 8 out of 10 top Chinese TV models are occupied by Xiaomi. Want more? Xiaomi TV is the first in India! Thus, Xiaomi TV is considered to be the most popular TV brand in the two largest markets on the globe.

Those who are unaware of the Xiaomi TV models may think there is a trick. But this is common for Xiaomi products. The company just designs outstanding products and sells them for the lowest price. In other words, the company earns too little but makes a name. So if it starts making more expensive products in the future, do not be surprised. As for now, the Xiaomi TV 4A 32-inch is the standard for all TV makers. Our protagonist sports a decent specs list and costs only 799 yuan ($116).