A new OPPO smartphone with model number CPH1931 was detected today on Bluetooth SIG listing by the folks at Mysmartprice. And unlike most typical Bluetooth certifications, we get to know more than just the Bluetooth version that this mystery OPPO handset holds inside its guts. This time the more puzzling question is of its actual identity and commercial name. Interestingly, the model number CPH1831 belongs to the OPPO R15 Pro, also known as OPPO R15 Dream Mirror Edition in China. However, OPPO has officially declared the R series as dead. Hence this should be another series handset.

Leaving the identity mystery aside, the OPPO CPH1931 hosts a Snapdragon 665 SoC which makes it the first OPPO handset to do so. This also means that this is likely an unreleased model. Furthermore, it has a big 6.5-inch Full-HD+ screen, runs ColorOS 6.1 and is powered by a gargantuan 5,000mAh battery. Again this is a never seen feat in any of OPPO’s current devices. 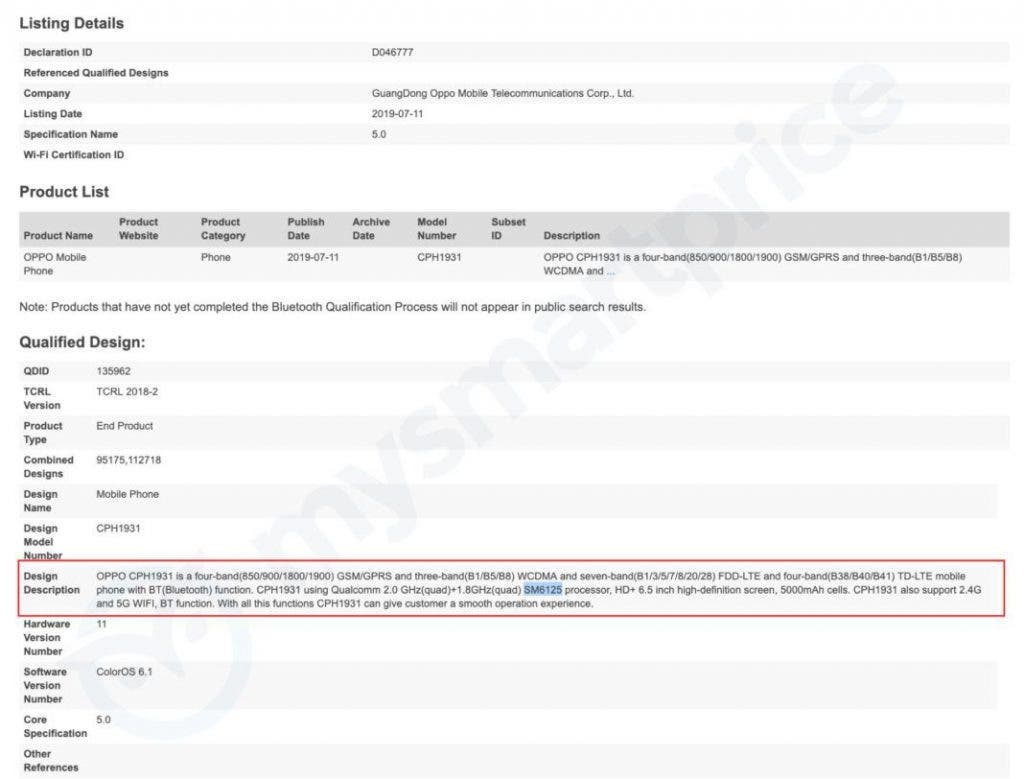 In terms of connectivity, the handset has quad-band 2G, tri-band 3G, 7-band FDD-LTE, and quad-band TD-LTE  as well as Bluetooth 5.0. Whatever this interesting handset is, we expect to see more of it soon in the coming weeks.

Previous Samsung will increase the price of NAND flash memory

Next Xiaomi TV 4A 32-inch Sold Over 2.6 Million Units In China