Realme is gearing up to launch the Realme 3i in India on July 15. Realme already confirmed a few specs such as processor and battery capacity. Today, the company decided to shed some light on the device’s display.

The Realme 3i will feature a 6.22-inch display with a small waterdrop notch at the top. The display is similar to the one equipped in the Realme 3 which boasts an HD+ resolution. Since the displays are similar in size, we expect to see the same resolution on the Realme 3i. 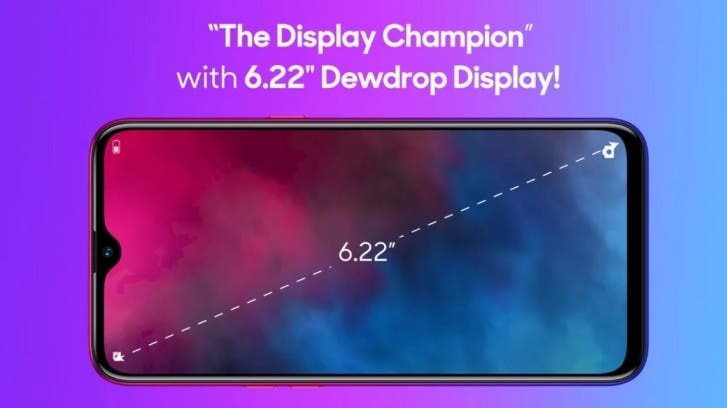 Other similarities between the Realme 3i and the 3 are the Helio P60 chipset and a 4,230 mAh battery. It also looks similar to the Realme 3 except for the diamond pattern the back. This diamond-esque design brings some memories of Oppo Diamond, except for the gradient finish. That’s not a surprise, after all, Realme is still an Oppo’s subsidiary.

The launch is just around the corner, so it remains to be seen if Realme will keep sharing details before Monday’s launch. Realme is one of the most important companies fighting in the Indian market. Therefore, we see this new handset as a way to keep the company’s portfolio updated and interesting for customers.

Next DxOMark List Is Going To Be Changed By Sony Xperia 1?