Through its Twitter channel, today, DxOMark issued a statement. According to it, the company is currently testing a new smartphone. The review article is on the way and seems the DxOMark list will be changed soon.

However, DxOMark did not announce the specific model. This caused a lot of speculations. Some users are sure the platform is testing the Sony Xperia 1. In fact, there is every reason to think DxOMark is currently reviewing the Xperia 1 because previously it has announced about this. However, they didn’t disclose any certain date. 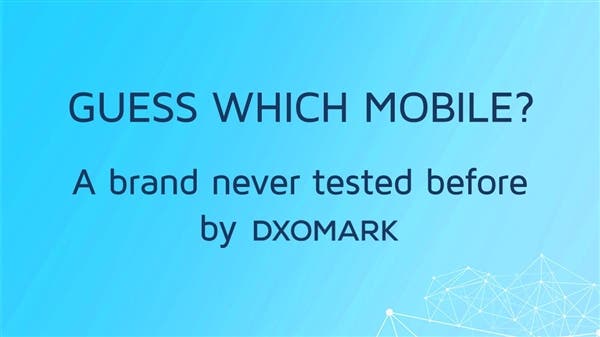 As for the current DxOMark list, it’s led by the Huawei P30 Pro. Well, the first position is shared with the Samsung Galaxy S10 5G. The Honor 20 Pro yields these two by one point only. The same is true for the OnePlus 7 Pro. Three amazing handsets, the Huawei Mate 20 Pro, P20 Pro, and Samsung Galaxy 10 Plus take the places from 5 to 7. The Xiaomi Mi 9, Apple iPhone XS Max, and HTC U12+ are on the bottom side of the list.

Interestingly, the ASUS ZenFone 6 has become the first phone from this manufacturer to top the list of best selfie-camera smartphones.

Considering that there will be many flagships in the second half of this year, such as Huawei Mate 30 series, Galaxy Note 10 series, new generation iPhone, Google Pixel 4 series, etc., DxOMark list will change. So it is a big question whether the P30 Pro and Galaxy S10 5G can continue to dominate the list.

As for the alleged Sony Xperia 1, it’s been jointly designed by Sony’s mobile and Alpha camera department. Moreover, this is Sony’ first phone with a triple-camera. DxOMark score is worth looking forward to.

It is reported that the Sony Xperia 1 sports a triple-camera, which consists of a 12MP 16mm wide-angle lens, a 12MP 26mm multi-function lens, and a 2x optical zoom 12M{ 52mm lens. The manufacturer has announced this phone will be equipped with a new BIONZ X mobile image processing engine. In other words, the latter will bring Alpha technology to the smartphone. Also, it will support the new RAW noise elimination and human eye focusing technology.

Previous Realme 3i will sport a 6.22-inch display

Next Android Q Beta 5: an error allows apps to access the location without limit

Xperia 1 and Xperia 5 getting Android 11 update

Sony Xperia 1 to commence presale in Taiwan on May 17