LG commenced this year with the release of the flagship G8 ThinQ as the successor to G7 ThinQ. The company has also released the LG V50 ThinQ simultaneously with G8. The former is also a flagship device. Now, a recent report claims that the company filed for four trademark applications. 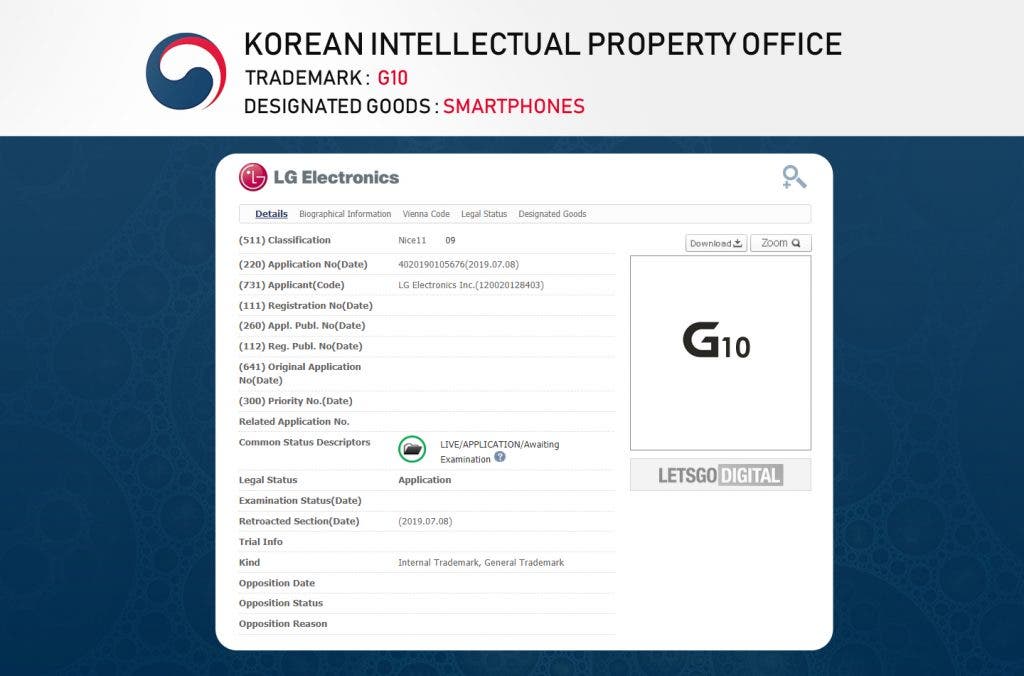 This indicates that LG will launch smartphones in the G series soon. The trademark applications are filed with KIPRIS (Korean Industrial Property Information Service Center) on July 7, 2019. These trademarks are named G10, G20, G30, and G40. 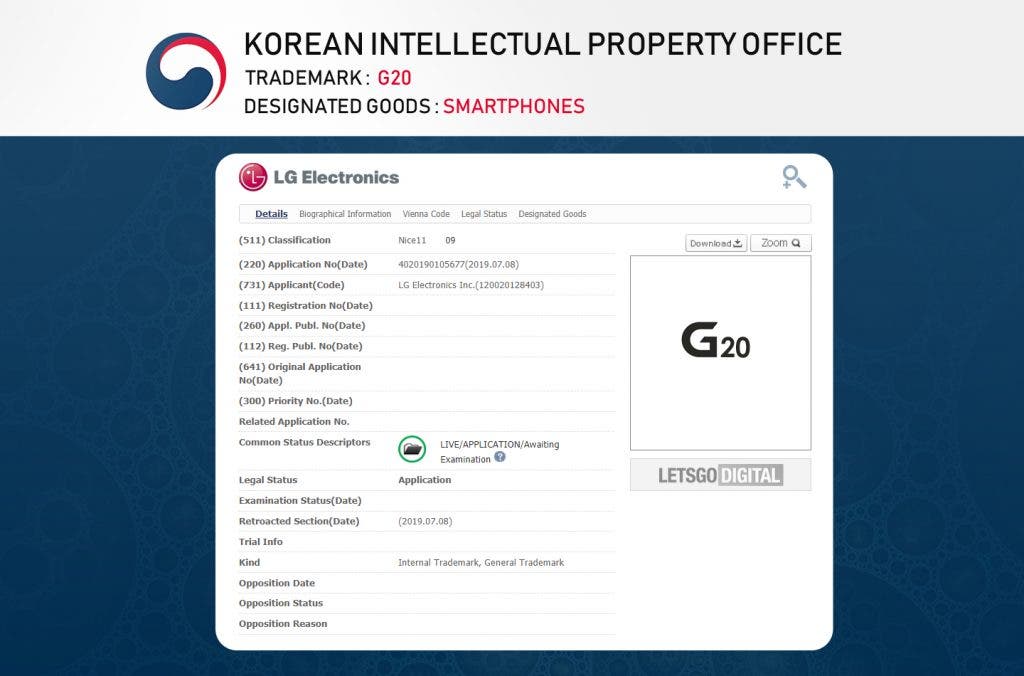 These trademarks are classified as category 9. This raise suspicion that the South Korean manufacturer may use a new name for its future G-series models. Just like with the V-series, LG will work with dozens. According to Letsgodigital, LG could release a new G-series smartphone around February 2020. Of course, there are only trademarks, and it will take some time until the new G-series phones are released. 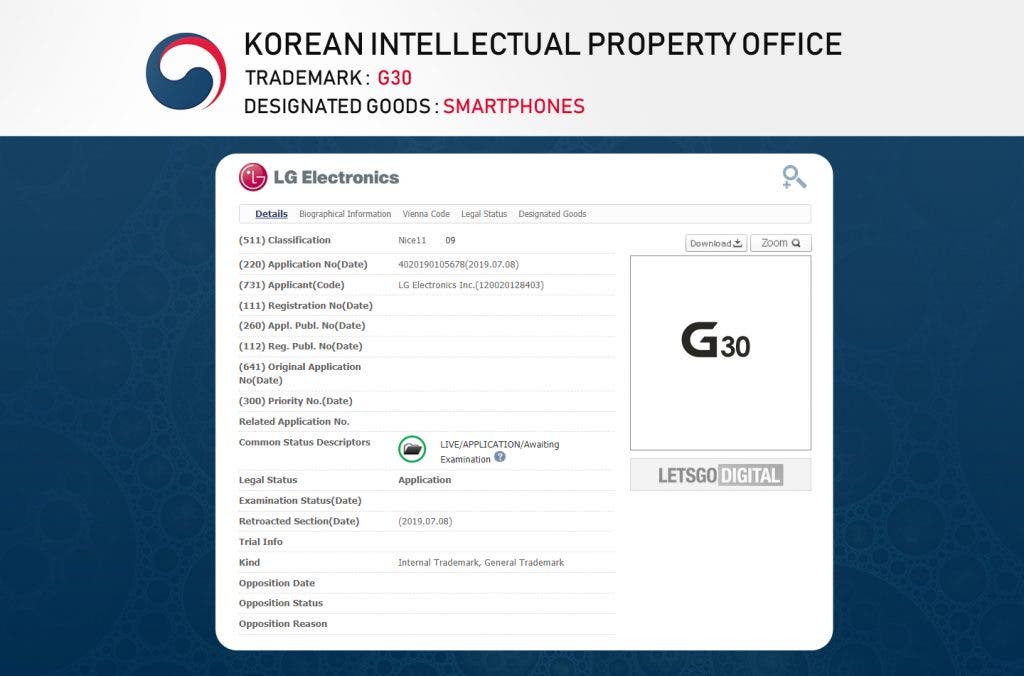 The trademark comes with a remarkably comprehensive description, which includes ‘smartphones’. In addition, mention is made of a smartwatch, Bluetooth headset, tablet PC and a cover for smartphones. 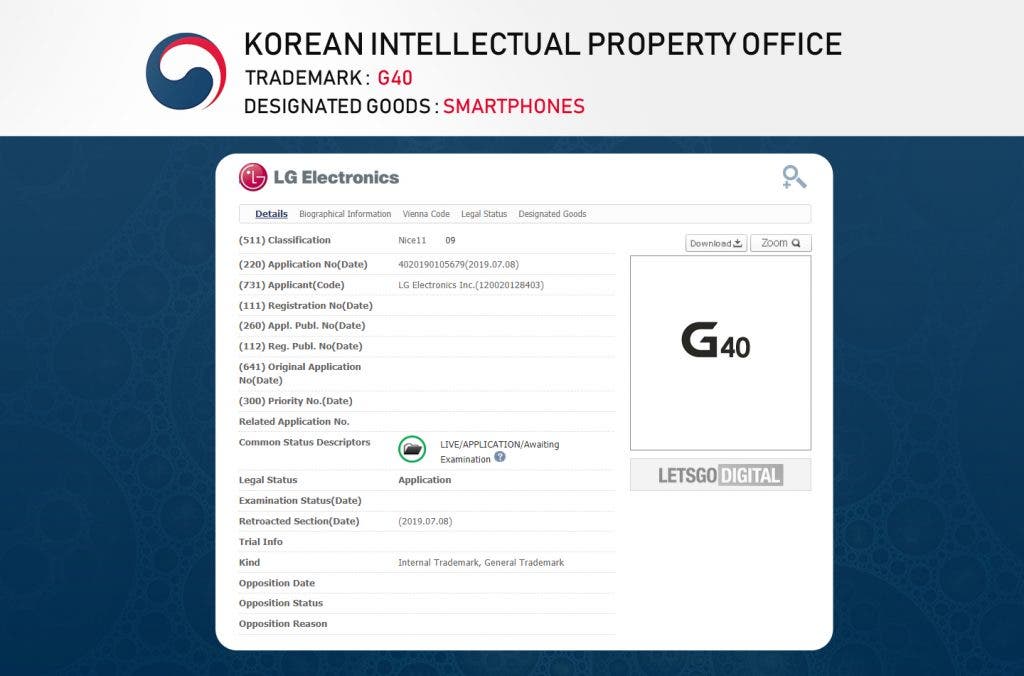 Through this extensive description, LG manages to protect the names G10, G20, G30, and G40 for all these categories. However, it seems most likely that this is the new generation of G-series smartphones. The company has also applied the same strategy for its budget K series in the past.