Nowadays, e-sports smartphones have become an attractive segment for manufacturers. For this purpose, Qualcomm put a powerful GPU inside Snapdragon flagship chips, while Huawei powered its Kirin series SoCs by GPU Turbo blessing. This made other mobile chip manufacturers step back. This is especially true for MediaTek. As you know, in the past, its biggest drawback was the weak GPU and average game performance. But nothing can stop this Taiwanese manufacturer. It is going to release the Helio G90 mobile gaming chip. 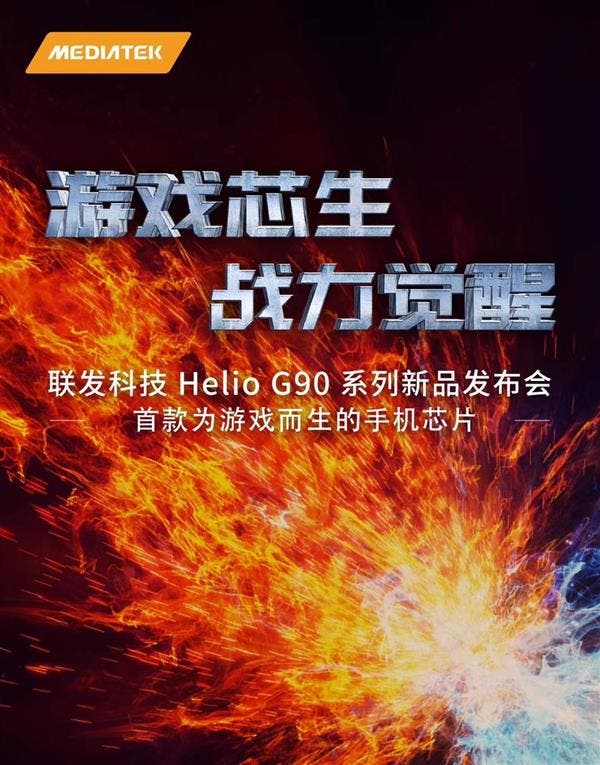 Qualcomm released the Snapdragon 855 Plus last night. It’s the enhanced version of the original chip. The CPU core frequency has been increased from 2.84GHz to 2.96GHz, and the GPU frequency has been increased from 585MHz to 675MHz. Undoubtedly, it will be used in next-generation gaming phones. As for MediaTek, it is also entering the mobile gaming market. The newly released poster indicated the manufacturer will launch the Helio G90, a mobile phone chip for games.

The MediaTek Helio G90 poster comes with a slogan ‘Game Core, Awakening. And as you can guess, G stands for Gaming. Unfortunately, there is no information concerning the architecture, frequency, graphics, and other parameters of this SoC.

However, the Helio P90 is still positioning in the mid-end market. The main rivals are the Snapdragon 600 and the Snapdragon 700 series. After all, the 12nm process is two generations lower than the current Kirin 980 and Snapdragon 855. Therefore, it can’t be called a flagship-level processor.

Earlier this year, MediaTek stated that it will launch a flagship mobile processor in 2019. Particularly, it said the new chip will be upgraded to 7nm process and can support 5G. So there is every reason to think the Helio G90 will run on the 7nm process and appear on 5G-enabled handsets.