One of the big changes that Samsung introduced when it launched Android 9 Pie was One UI. Its new customization layer. It is a total and absolute renewal of each and every one of the corners of its software. It bet on the use with one hand and the native dark mode, among other things. With the passage of time, or rather, with the updates, One UI has reached a good handful of devices, and its successor seems to be close.

As pointed out in Sammobile citing exclusive sources. For Samsung users, Android 10 Q, the new version of the operating system of Google, will not only take the developments developed by Google, but also One UI 2.0. There are some details about the next version of the UI that are worth highlighting. 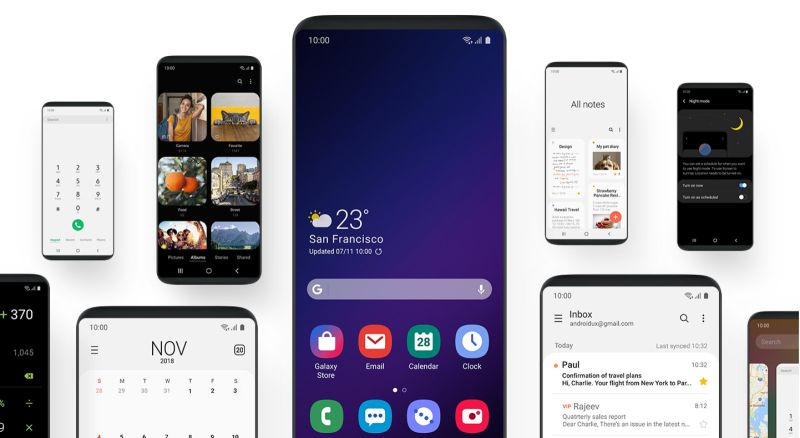 It is expected that the Note 10 does not release One UI 2.0, but that comes with Android 9 Pie and One UI 1.1. That said, from Sammobile they say that “we can confirm that One UI 2.0 will include all the improvements of Digital Wellness announced by Google at the May conference”. These include the Focus Mode, which serves to silence applications and avoids interruptions when we want to concentrate. They also shuffle the idea that Live Captions, the new subtitling feature in real-time, is available.

Finally, the media estimates that there is the possibility that the Samsung Galaxy S11 comes with Android Q and One UI 2.1. Which we should see at the doors of MWC 2020 if everything continues as it has until now. The 1.1 version did not bring too many new features to the Galaxy S10 beyond Bixby routines. So it may be a minor update. Only time will tell.

Previous Huawei announces independence from US technologies in 2021

Next Galaxy Note 10: Geekbench confirms Exynos 9825 and 8GB of RAM