The smartphone manufacturing industry is quite competitive, especially in the top three markets. The largest phone market, China, is a beehive of competition. India, the second-largest smartphone market prefers Xiaomi and a few other brands including Oppo. While the US (third-largest phone market) seem to prefer Apple and Samsung. However, the European market is wide open and the competition is less intense. Many Chinese OEMs are now moving into Europe and Oppo seem to be planning a mass invasion. 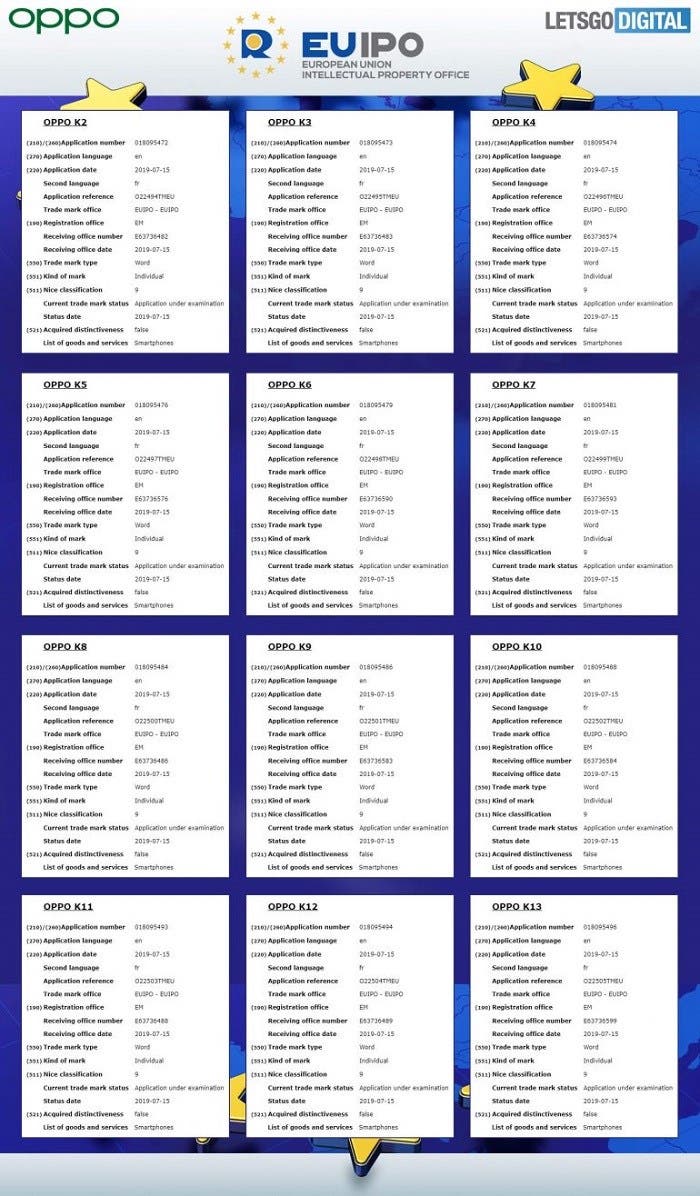 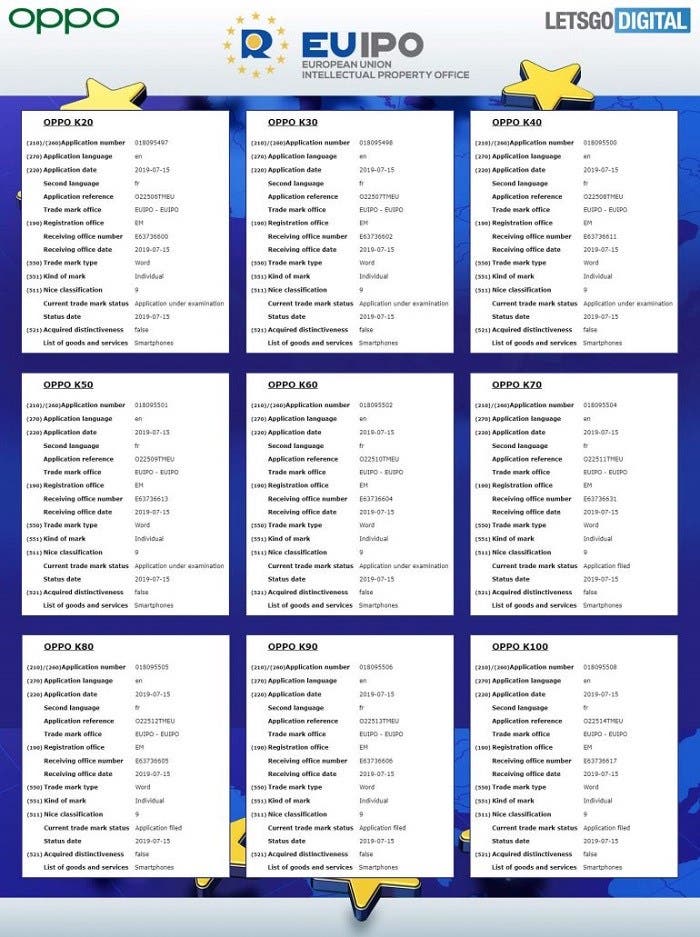 These trademark application categories are the ninth category, which includes smartphones. Currently, the K70, K80, K90 and K100 trademarks have been approved. Last year, the Chinese manufacturer also registered many trademarks of the Y series. Now, Oppo Y series and K series focuses on markets outside China. This could help its smartphone business to do well outside China.