Presently, Sony Xperia smartphones show declining figures, however, the Japanese manufacturer does not intend to give up its mobile division. Nevertheless, Sony is not the only OEM to cope with declining sales. Other established names such as Samsung, Apple, LG, and HTC have also had to relinquish market share to emerging Chinese manufacturers. The likes of Huawei, Xiaomi, Oppo and OnePlus is storming the market with qualitative, innovative and affordable models. 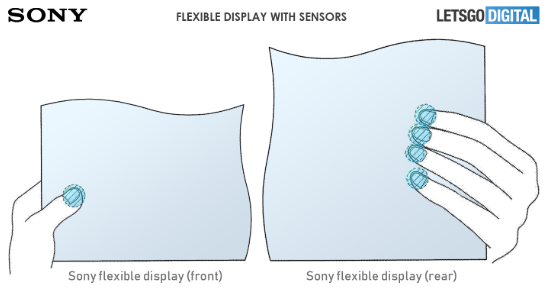 To keep your head above water in this overcrowded market, you need to show innovation. Possibly the coming 5G era and the arrival of new display technologies can help Sony to present positive numbers again. For example, there are signals that the Japanese manufacturer is developing a Sony foldable smartphone. What this device will look like is still unknown, but the company will undoubtedly choose its own approach. 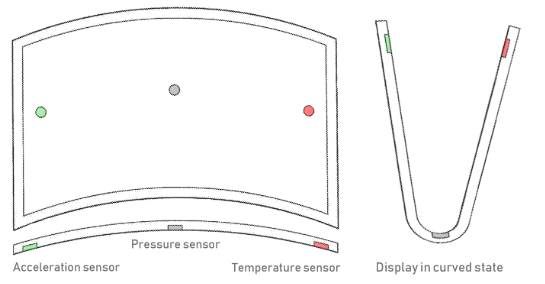 Last month, the Chinese mobile phone network CNMO revealed that Sony is developing a foldable 5G smartphone. According to the report, this device will arrive next year under the name Sony Xperia F. This device would have a flexible OLED display from Samsung. Earlier this month a new rumor arose via Twitter about a future Sony folding phone. This time, however, it is a roll-up smartphone. The prototype would use an LG display and it will come with a 10x zoom camera. Unlike many other smartphone manufacturers, Sony has applied for relatively few patents for foldable smartphone technologies. At the end of last year, there were rumors about a Sony smartphone with a double-sided transparent display. This technology can also be used for foldable and/or roll-up smartphones.

Sony foldable smartphone with an outside screen

According to letsgodigital, a new patent from Sony Corporation shows a flexible display with sensors in the screen. The patent application was on March 4, 2019, from America to the WIPO (World Intellectual Property Office). The patent description details ‘display unit’ hit the web on 27 June 2019. 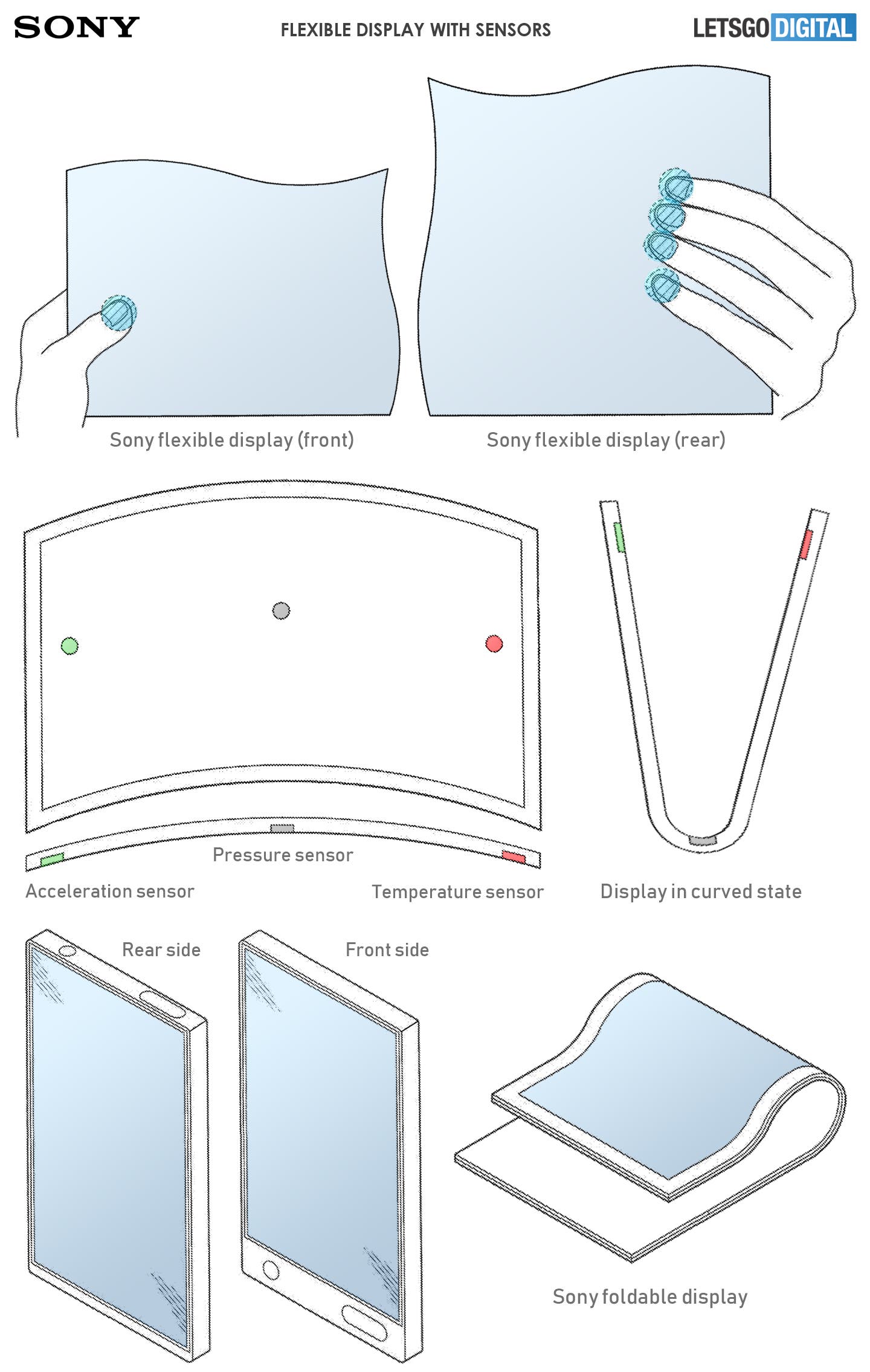 The flexible screen from Sony has at least three sensors; a pressure sensor, temperature sensor, and an acceleration sensor. Optionally, a photosensor and a resistance sensor can come in. These sensors can detect whether the user is holding the smartphone and how it is being held.

The sensors help determine which part of the screen is in use. With this, the interface can adjust accordingly, in order to provide an optimal user experience. On the non-visual part, we can have a still image or a moving image in the form of a screen saver. Thus the refresh rate of that part of the screen has its limits and thus saves energy.

The documentation shows that this technology is for a smartphone with the screen on the outside when the device folds. In addition, the patented technology can be applied to a smartphone with a double-sided display, as can also be seen on two of the patent sketches. The description also states that the control buttons that are mounted on the front can also be placed on the top so that you have a full-screen display at your disposal both at the front and at the back.

Next Huawei confirms: HongMeng OS was not designed for smartphones