Chinese smartphone maker Vivo has within the past few days churned out a couple of smartphones both in its home and in the international markets. The firm is now reportedly gearing up to update its entry-level Y series with the imminent launch of the VIVO Y90 in India soon.

Reports from a few days ago detailed a few its specs. And today, we are getting to see the rumored entry-level device in flesh. This comes in the form of official-looking renders, and as expected comes with no surprises.

First shared by Ishan Agarwal, and reported by Mymartprice, the render shows that the phone has a waterdrop notch display with thin bezels on its left, right, and top. Though the chin is larger and isn’t housing anything. The screen is said to be fitted with a 6.2-inch HD+ display with a water notch on top.

We are not sure what the back of the smartphone is made out. However, it is glaring it has a single camera in the center along with a LED flash.  It gets a Gold and Black paint job, while it is adorned at the back with the VIVO branding.

Expectedly, there isn’t any visible fingerprint scanner on the rear. But the other image says the VIVO Y90 will come with support for face unlock through the front camera.  It also confirms the device will be powered by a 4,030 mAh battery.

Previously, Mysmartprice has reported that the water-drop notch above the display will be home to a 5-megapixel sensor, while a single 8MP main shooter sits on the flip side. W e are not really certain what Procesor the device could use. But, unconfirmed report says it could come with an octa-core 12nm SoC. And on the memory side, the device will hit the market in 2GB+16GB version and a second 2GB+32GB variant. 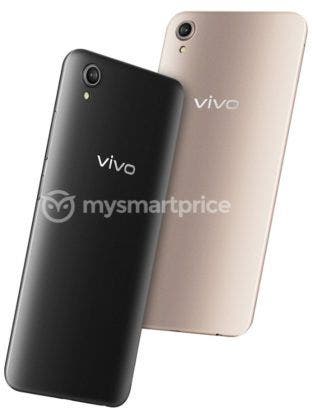