Lenovo K series is a traditional and confusing lineup of smartphones. While older devices of this lineup have been quite successful in the past, they haven’t been so relevant in the past few years. To make things yet more confusing, Lenovo released  Lenovo K5 series bearing in mind that it already launched a K5 series back in 2016. Not satisfied with this, the company even sells Lenovo K5 Note as K9 Note in India. However, seems that Lenovo will keep up with the latter, releasing a new Lenovo K10 series this year. 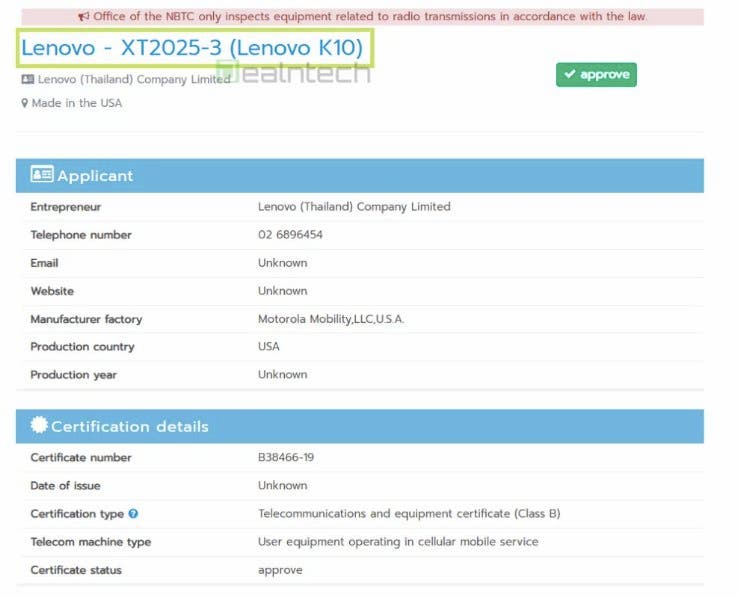 The K10 was certified by Thailand’s Network certification agency – NBTC. The handset certification surfaced online, further revealing some key aspects of it. The device bears the XT2025-3 model number, but the certificate states that it will arrive as the Lenovo K10. The document also reveals that this handset was manufactured by Motorola’s arm in the USA. That’s not a surprise since the model number easily make us assimilate this device with a Motorola handset.

Early this month, a Motorola device with model number XT2025-1 was certified by the FCC. The device in question should be a variant of Lenovo K10, and FCC could opt for launching it as a Motorola’s Moto E6. If the Lenovo K10 isn’t the same device, then it should relate to whatever unreleased Motorola smartphone. 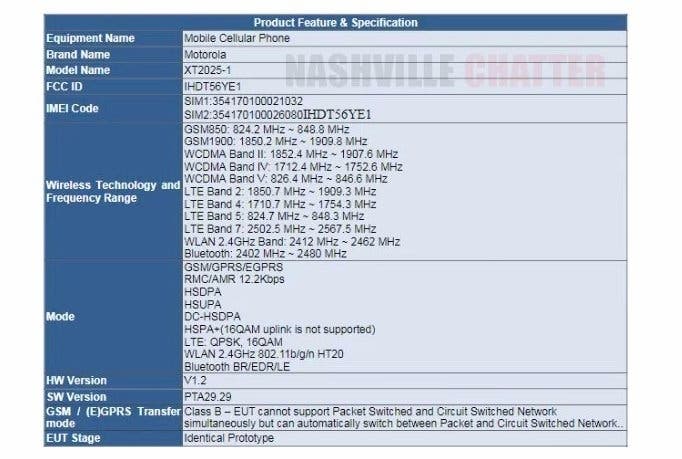 FCC lists the handset with 2GB to 4GB of RAM with 32GB or 64GB of Internal Storage. It boasts a rather standard 3,000mAh battery with support for 10W charging. This anything but one of these premium mid-range devices that we’ve been getting used to. The specs are pretty similar to something that we expect in a Moto E-series smartphone. Something better than a low-end smartphone, but that still is far from a flagship-Esque handset.

The Lenovo K10 should launch soon in Thailand, it will probably come alongside the K10 Note. Last month, the Lenovo K10 Note was also spotted in Thailand’s NBTC and Singapore’s IMDA. Unlike the K10, the K10 Note relates to a smartphone that we know as Lenovo Z6 Youth since it bears the exact same model number. The Lenovo K10 Note is somewhat more attractive with 6.3-inch FHD+ panel, up to 6GB of RAM and 128GB of storage. There’s a 16MP + 8MP + 5MP triple camera setup, and 16MP selfie camera which resides above the notched display. It also boasts a fingerprint scanner and NFC. A 4050mAh battery fuels the handset, offering support for 15W fast charge.