VIVO has announced it will uncover a mid-range smartphone at the end of the month. If you have heard, it’s going to be the VIVO Z5, a slightly modified version of the VIVO Z5X. We know almost everything about this handset. But some of the features still need to be confirmed officially. Say, we have heard it will be packed with a 4500mAh battery and support 22.5W fast charge. And today, the company showed a photo on its Weibo channel demonstrating the charging speed of the device. 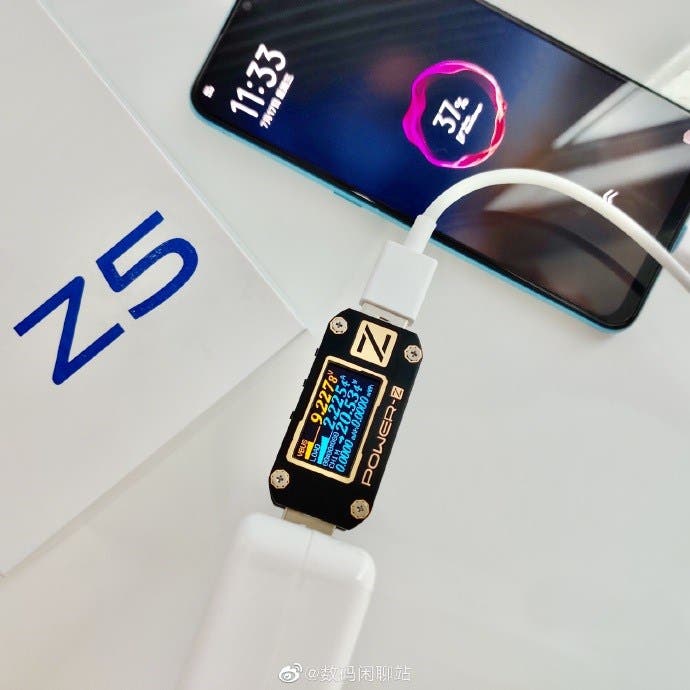 The photo shows the VIVO Z5 can be charged at 22.5W input power. This means, besides the large battery put into the body, it will also support quick charging. In other words, the phone is going to be one of the best models in the segment in terms of battery life.

We learned about the key features of the VIVO Z5 when it passed through TENAA certification. According to the information shared by the Ministry of Industry and Information Technology, the phone with a model number V1921A uses a 6.38-inch AMOLED screen with a resolution of 2340×1080. A triple-camera is vertically placed in the upper left corner of the back. The body size is 159.53 × 75.23 × 8.13mm, and the weight is 189.6g.

Under the hood, our protagonist will sport the Qualcomm Snapdragon 712 processor. The latter will be coupled with a 6GB of RAM and 128GB/256GB of storage. Also, it will run on Android 9 Pie. It will be available in three versions of black, purple and white.

At last, the company has set the launch date for this phone – July 31.