Chinese manufacturing giant, Xiaomi, has been at the hub of TV manufacturing since it started production a few years ago. The company has been the top TV brand in China and India for many quarters. Now, three Chinese research institutions show that Xiaomi TV brand is the top TV brand in China for the first half of 2019. According to Li Xiaoshuang, general manager of Xiaomi TV brand, the company is top both in sales and shipments. 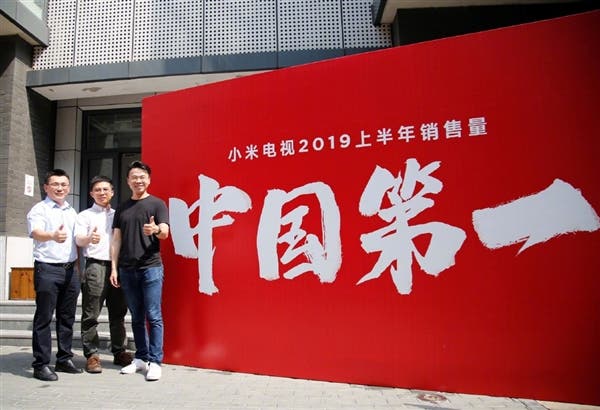 The three research institutions are Aowei Cloud Network (AVC), Qunzhi Consulting and Zhongyikang. Just last month, Xiaomi TV officially announced that it has the highest sales volume in China for six consecutive months. Recently, in order to celebrate the entry of Xiaomi Group into the world’s top 500, Xiaomi TV launched an exclusive special offer. This special offer comes with a series of price cuts for many of its TVs.

In March last year, Xiaomi announced it had managed to sell over 1 million units of the Xiaomi TV 4A 32-inch variant in 8 months. But this isn’t the only title to boast of. Xiaomi’s TV series tops China’s smart TV market for 6 consecutive months as of June 2019. It is one of the best Chinese TV brands in 2019. 8 out of 10 top Chinese TV models are occupied by Xiaomi. Xiaomi TV is also the top brand in India! Thus, Xiaomi TV is considered to be the most popular TV brand in the two largest markets on the globe.