A few days ago, Qualcomm announced its new Snapdragon 855+ SoC which is an improved version of the SD855. Shortly after the release of this chip, Asus ROG Phone 2 became the first smartphone to use the processor. Now, Xiaomi has officially announced that the Xiaomi BlackShark 2 Pro gaming phone will commence appointment. This smartphone will officially meet with us on July 30th. 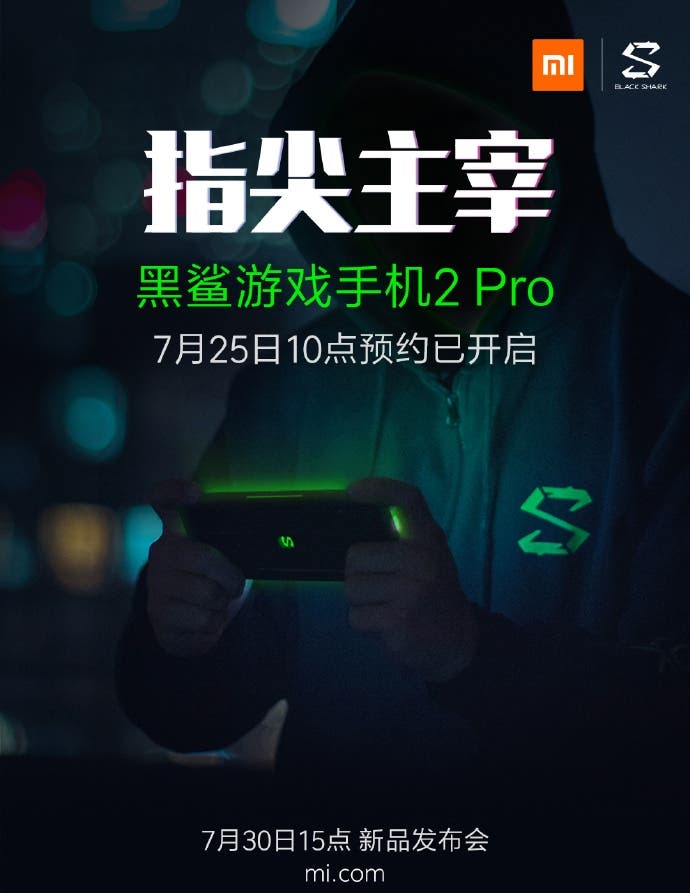 More importantly, the touch speed of the BlackShark Phone 2 Pro will also be greatly improved. Wu Shimin emphasized that since the birth of this smartphone series, the touch speed has reached 43.5ms, and has remained the first in the industry. The touch response speed of this new product will be much faster than the previous generation. All in all, the Snapdragon 855+ BlackShark Phone 2 Pro is worth looking forward to.