The report pointed out that the use of smartphones by Chinese consumers has become longer and the frequency of upgrades has decreased. In the first half of this year, an important factor affecting consumers’ upgrade of phones is the upcoming launch of 5G network and corresponding devices. The expectation for a new generation of the network has prompted consumers to delay the purchase of mid- to high-end LTE devices. 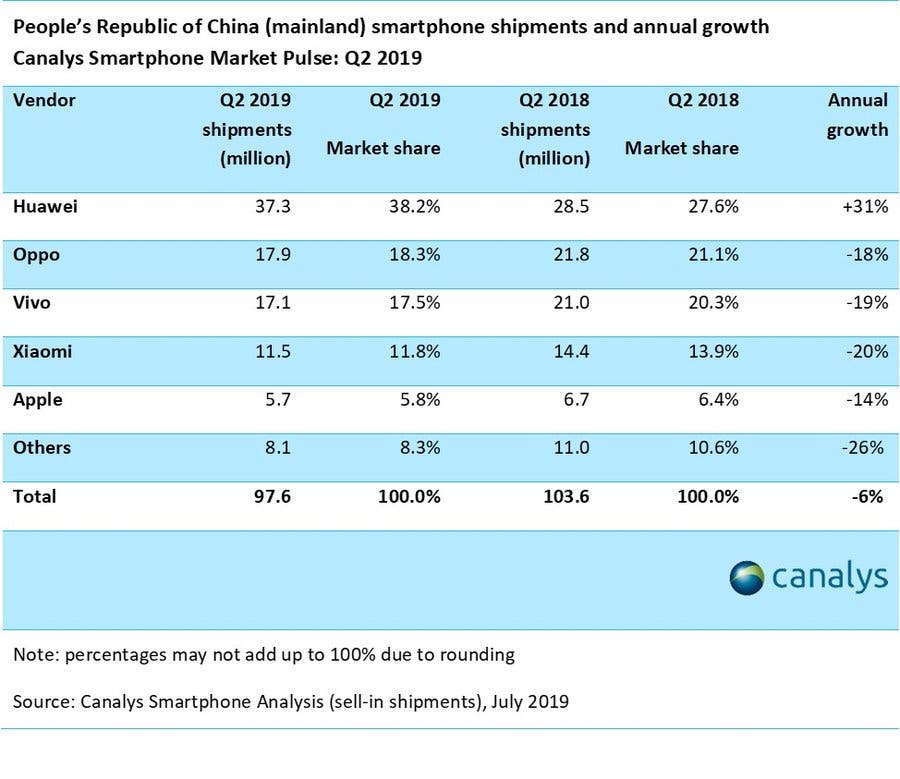 In the second quarter, Huawei’s smartphone shipments in the Chinese market soared to 37.3 million units, up 31% from 28.5 million units in the same period last year. The market share also reached the highest 38.2% among all vendors in the past eight years. Compared with the previous year’s 27.6%, it increased by 10.6 percentage points. In Huawei’s second-quarter global smartphone shipments, 64% came from China. This is the highest proportion since the second quarter of 2013. 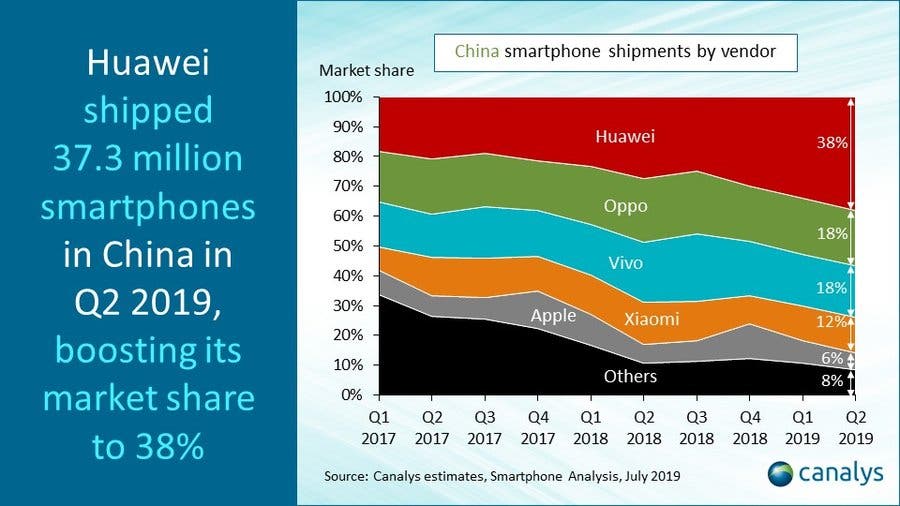 Next Honor Smart Screen Coming; How Strong Is Honghu 818 Chip?