Today, Honor announced that it will officially release the Honor Smart Screen products at the Dongguan Basketball Center on August 10. Xiong Junmin, vice president of the Honor business department, has previously uncovered the Honghu 818 chip on its Weibo. This is going to be the heart and the brain of the upcoming TV product.

Generally speaking, the TV will be turned on within 2 seconds. The TV will always remain in a black screen state. During this time, the TV mainly decodes the 4K video. The TV needs to read the video on the network or the storage device into the memory before decoding. After, it will call the memory for decoding. The black screen state time is determined by two parts. One is the memory bandwidth scheduling technology, and the other is video decoding capability. 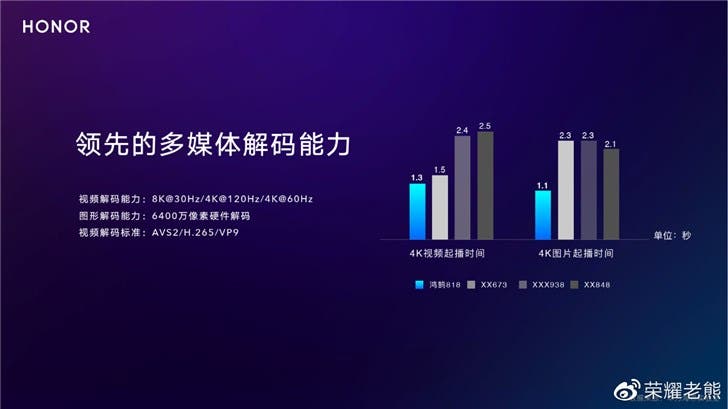 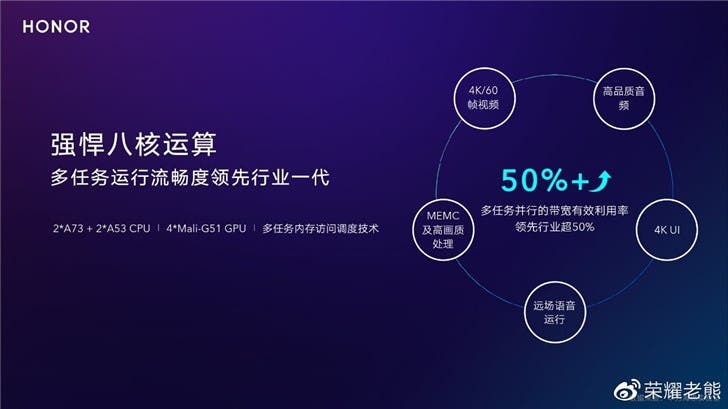 Through the actual test, when using Honghu 818 chip device to open H.265 encoded 4K video, it takes only 1.3 seconds from the time of clicking to the start of playback. In comparison, other products require almost twice as long.