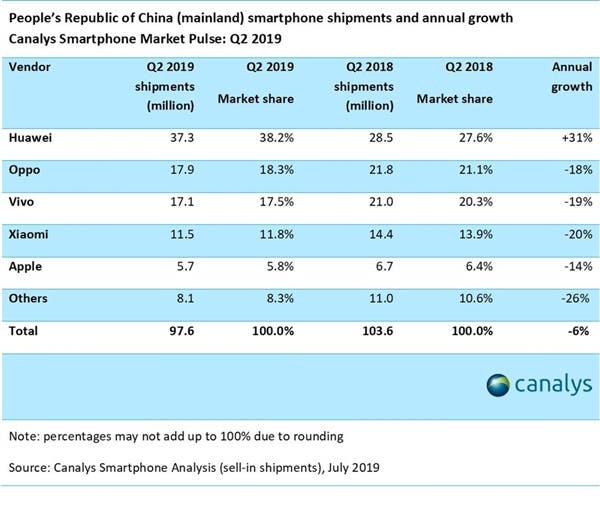 According to the report, the top five mobile phone brands in China are, Huawei, OPPO, Vivo, Xiaomi and Apple. Nevertheless, apart from Huawei whose shipment increased, the other four companies experienced varying degrees of decline. Oppo decreased by 18% with 17.9 million units while Vivo dropped by 19% with 17.1 million units. Xiaomi fell 20% with 11.5 million units while Apple went down 14% with only 5.7 million units. 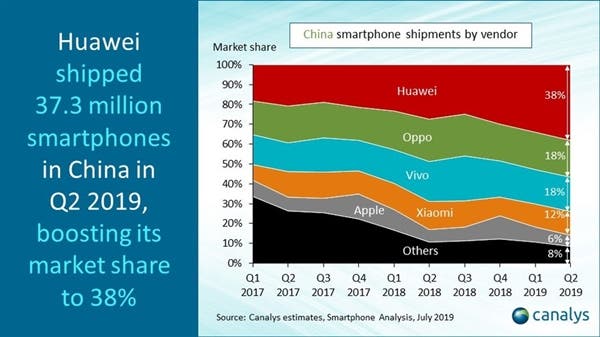 According to Canalys report, Huawei’s inclusion in the US as an entity led to uncertainty in foreign markets. However, it appears that this also had an accelerating effect on Huawei smartphone shipments in the Chinese market. The report believes that Chinese consumers use mobile phones for a longer period of time and the frequency of replacement is decreasing. 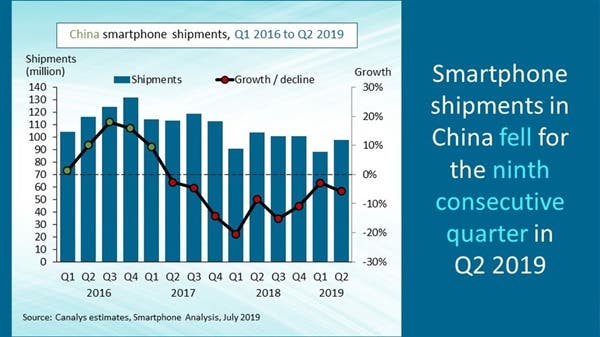 One of the main factors behind the first half of 2019 was the launch of 5G mobile phones. With the commercialization of 5G networks in the second half of 2019 and the improvement of network coverage and service quality in 2020, consumers will increasingly turn to smartphones supporting 5G networks, and their prices will soon be reduced to the public’s acceptance.

Next Huawei takes over Meizu's largest store in Shenzhen