OUKITEL brand just launched the new series with Y4800 sporting 48MP main camera sensor, but now is the time to get back their roots and long running series. Like the most affordable C series, which will get a new addition soon in August with the OUKITEL C17 Pro model. This phone will be quite affordable with projected price of $139.99, but it’s going to be equipped with triple cameras and also the super popular modern “punch-hole” display design. So what will be the rest of the phone’s specs ?

OUKITEL C17 Pro will come with high screen-to-body display ratio over 90% and 6,35-inch HD+ resolution screen with the aforementioned “punch-hole” front camera in the left upper corner or the protective Asahi glass. Inside we will find octa-core processor with cores clocked at 2 GHz (we are guessing Helio A22 or P22), 4 GB RAM and 64 GB of internal storage. Main attention will be of course directed towards the vertically oriented rear triple camera with 13 MP Sony sensor + depth sensor + wide angle sensor. Front selfie cam will be running just 5MP sensor, so just basic numbers. That’s all that is known so far about the specs, more will be surely released soon. 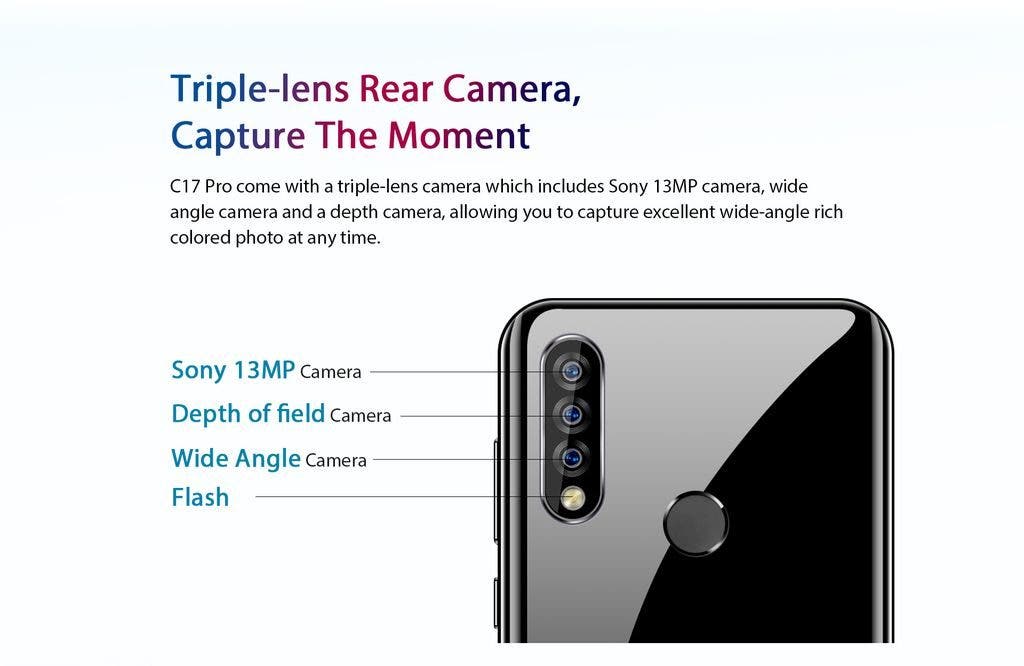 According to our information will be OUKITEL C17 Pro coming soon in August with global LTE band support and the official price will be set to just $139.99. But I’m sure we will hear more about some launch promo discounts or something. Until then we also got promised a giveaway event, which should be annouced next week so keep an eye on the OUKITEL’s official website to catch it.