Apple announced the financial results of the third fiscal quarter of 2019 which ended June 29th. The company reported quarterly revenues of $53.8 billion. An increase of 1% over the same period last year, beating analysts’ estimates of $53.5 billion. The above-expected results pushed the Cupertino company by 2.74% in after-hours trading.

Net profit amounted to 10 billion, which corresponds to 2.18 dollars per share. International sales accounted for 59% of quarterly revenue. As we all know, Apple no longer provides unit sales data for iPhone, iPad and Mac, but only on various segments. The revenues from iPhone sales are still dropping which – in the quarter in question – fell to 25.98 billion dollars. Even below the expectations of analysts who forecasted 26.54 billion. For the first time in seven years, iPhone sales represent less than 50% of revenues. From 63% last year to 48% in the last three months. 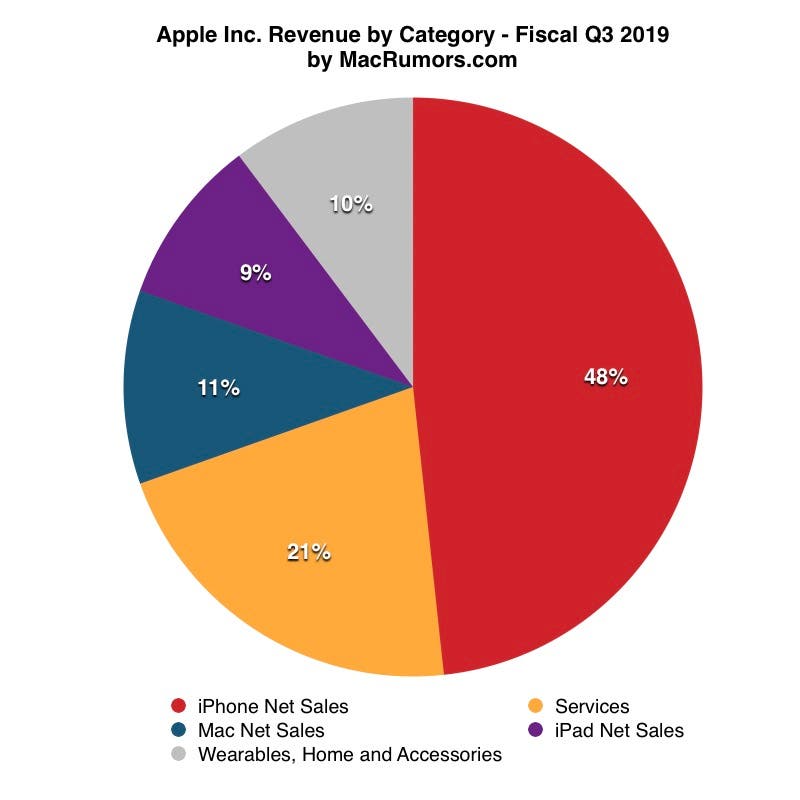 The cause could still be the slowdown in sales in China. These figures are in agreement with a recent Counterpoint Research report which shows a 1.2% drop in the smartphone market in the April-June period of 2019 with Apple registering -11.9%. The situation may not improve in the coming quarters, according to analysts’ forecasts for disappointing iPhone 2019 sales.

The Highest June Quarter Revenue Ever

“This was our biggest June quarter ever — driven by all-time record revenue from Services, accelerating growth from Wearables, strong performance from iPad and Mac and significant improvement in iPhone trends,” said Tim Cook, Apple’s CEO. “These results are promising across all our geographic segments, and we’re confident about what’s ahead. The balance of calendar 2019 will be an exciting period, with major launches on all of our platforms, new services and several new products”.

Read Also:  Apple imagines an iPhone capable of charging other devices through the screen