After the debut of the OnePlus 7 in India in Q2 2019, Chinese handset maker OnePlus has managed to capture its highest ever shipment share of 43% in its segment, according to a report today by research outfit Counterpoint. That’s not all, this was the first time the company was bold enough to launch another all-out premium product, the OnePlus 7 Pro, and it has had an immediate impact. OnePlus now commands a 26% share of the ultra-premium segment (≥₹45,000 or roughly ≥US$645). 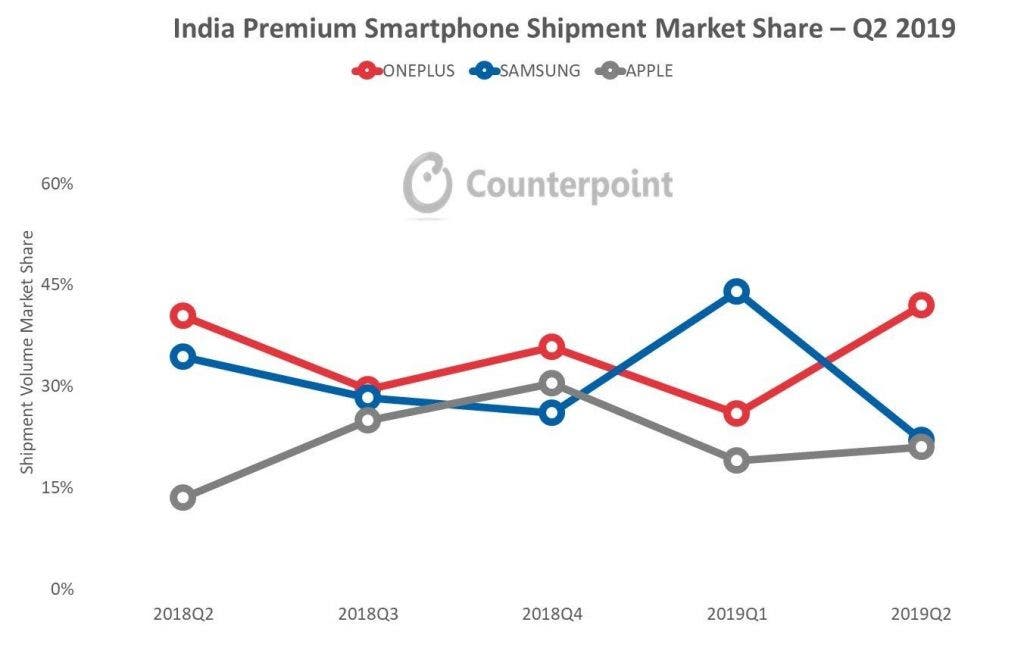 In fact,  the total shipment volumes in the premium segment (≥₹30,000 or roughly ≥US$430) reached an all-time high after clocking an impressive 33% annual growth in India. Samsung dropped to the second position in the overall premium-segment, holding 22% share. Apple’s volumes in this segment doubled annually in Q2 2019 driven by iPhone XR thanks to the price correction in April. The Galaxy S10 Plus was the top model for Samsung despite the availability of cheaper Galaxy S10e.

The new brands to watch out which could disrupt with premium features with offerings lurking around (≥₹30,000 or roughly ≥US$430) price points are Xiaomi, OPPO, Vivo and Asus, said the report.

Commenting on the report, Vikas Agarwal, General Manager, OnePlus India said, “OnePlus focuses on offering the premium technology experience. Our user-driven product philosophy has helped us sustain the remarkable growth despite the slowdown in the industry.

Next SONOFF Mini 2-way smart switch on sale from Ebay