The gaming industry has become very attractive to smartphone makers. If previously, mostly the game developers have been paying much attention to it, now the hardware companies have entered the game. In this sense, China Joy is ideal for those who want to surprise gamers. Of course, Xiaomi will attend the event. Moreover, it’s going to release a couple of new products during this festival. We have already heard about the new Xiaomi Gaming Notebook, which should sport upgraded graphics card. But it turns out there will be another amazing product as well. Today, through its official Weibo channel, Redmi issued a statement, saying it will launch a gaming product tomorrow. There is every reason to think we are dealing with the custom Black Shark game controller designed for the Redmi K20 series.

Tomorrow is the first day of the opening of China Joy. As said, Xiaomi will also participate. Apart from the gaming notebook, we are going to see the new game controller. However, Xiaomi launched this handle at the Redmi K20 series conference. But it has not been available for purchase yet. So this is not anything new. It just will start selling now. 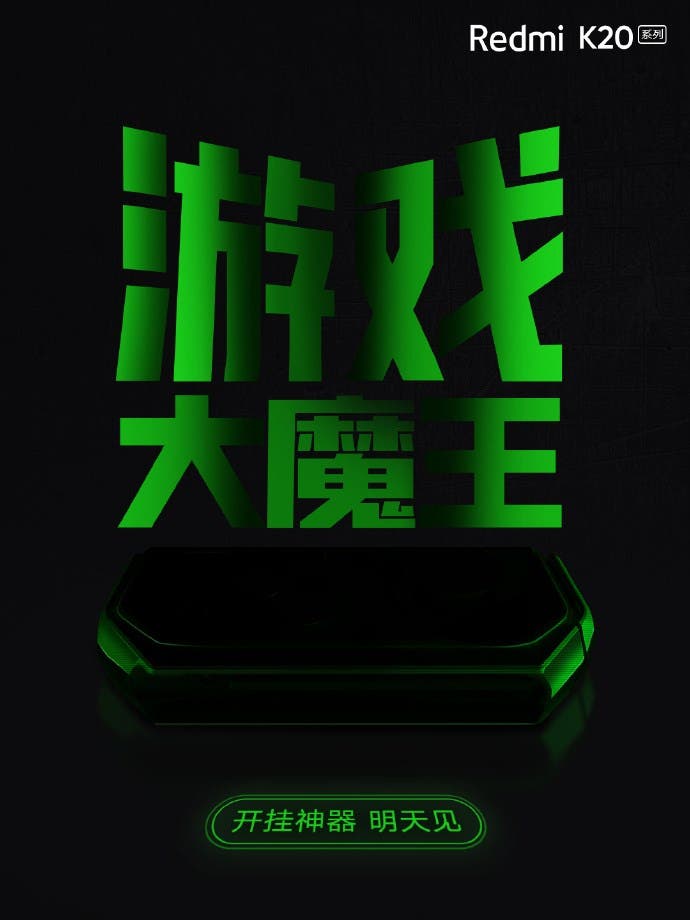 The game controller made for the Redmi K20 series is identical to that of the Black Shark gaming smartphone. It’s been adjusted to the K20. This is a left handle with buttons placed to make the gaming process easier. It costs 179 yuan ($26).

Many may think of why the company is going to release a gaming accessory for a traditional smartphone. This question may sound quite logical. But we should point out the Redmi K20 is a very powerful handset and can handle any game easily. So those who have bought this handset for gaming purposes mainly now can get better gaming experience.

Next Nokia denies closing its R&D Center in Beijing