Xiaomi sub-brand Redmi unveiled its Redmi K20 smartphones a little over a month ago. The device is at the moment limited to China but will be heading to India in the coming day. Although it has since been announced outside of China as the Xiaomi Mi 9T not under the scope of our report.

Apparently, the K20 which squashes the presumption that cheap phones only ever have midrange processors has been pulling some serious weight in terms of shipment. The company which earlier boasted that it sold 200,000 units of this smartphone in this sale in 1 hour and 45 minutes is back with some more intriguing claims.

Redmi announced earlier today that it has shipped over 1 million units of the K20 series in just one month of its release in China. The K20 has yet to land in India where it is bound to receive a rosy reception,  so we expect the tune to change in the coming days after the device lands in India. Although there are chances we see a lull in sales of the phones, perhaps, after the official release of Xiaomi’s upcoming CC9 series.

The K20 series comprises of the Redmi K20 and Redmi K20 Pro. Both devices launched earlier sending signals that cheap phone arent necessary phones with cheap hardware. The Redmi K20 Pro gets the flagship Snapdragon 855 SoC at a retail price below the $400 mark. The OnePlus 7 Pro for comparison sake gets the same processor at a whopping price of $750, while the Google Pixel 3a only boasts of the Snapdragon 670 at $400. 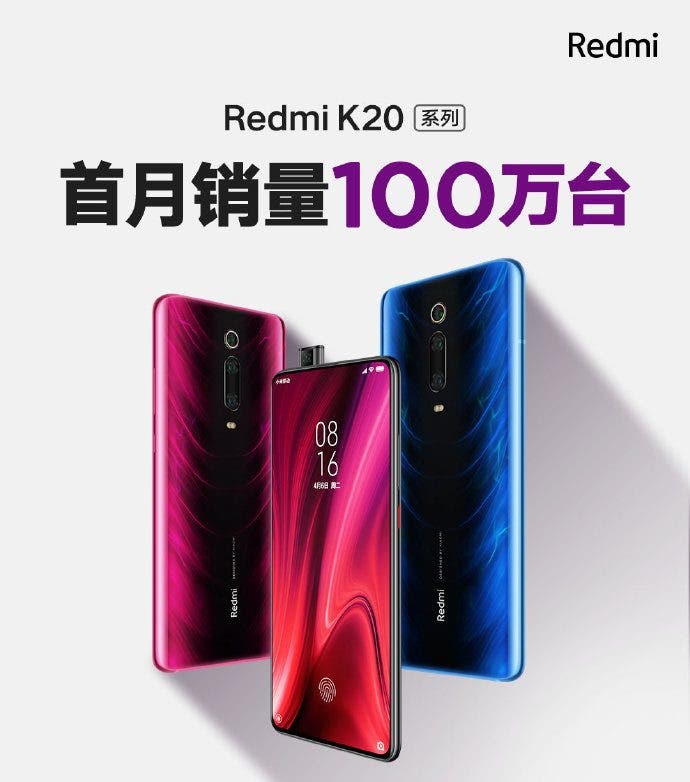 Fans outside of China and India might have to opt for the Xiaomi Mi 9T, and Mi 9T Pro which are rebranded version of the K20 duo.