Chinese manufacturing giant, Xiaomi, has finally released its first flagship smartphone from its Redmi sub-brand, Redmi K20 series at the Beijing University Gymnasium. Since Redmi went independent in January 2019, the company has released a couple of mid-range smartphones which include Redmi Note 7, Redmi Note 7 Pro, Redmi 7 and others. Now, the Redmi K20 series which has Redmi K20 and Redmi K20 Pro have finally been released. 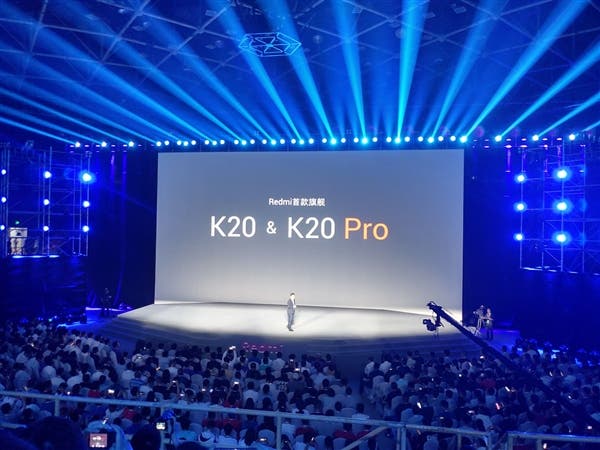 The flagship Redmi K20 Pro was much speculated such that its presence almost annihilated the existence of its smaller sibling. The Redmi K20 Pro uses a 3D four-curved glass body (Corning Gorilla Glass 5) with an aluminum 7000 series frame. It uses a Kevlar gradient texture on the glass.  This smartphone will be available in Carbon Black, Flame Red, and Glacier Blue colours. The top bezel of this smartphone is 1.85mm thin, the side bezels are 2.11mm while the chin is 3.8mm. It has a dimension of 156.7mm x 74.3mm x 8.8mm and it weighs 191 g. 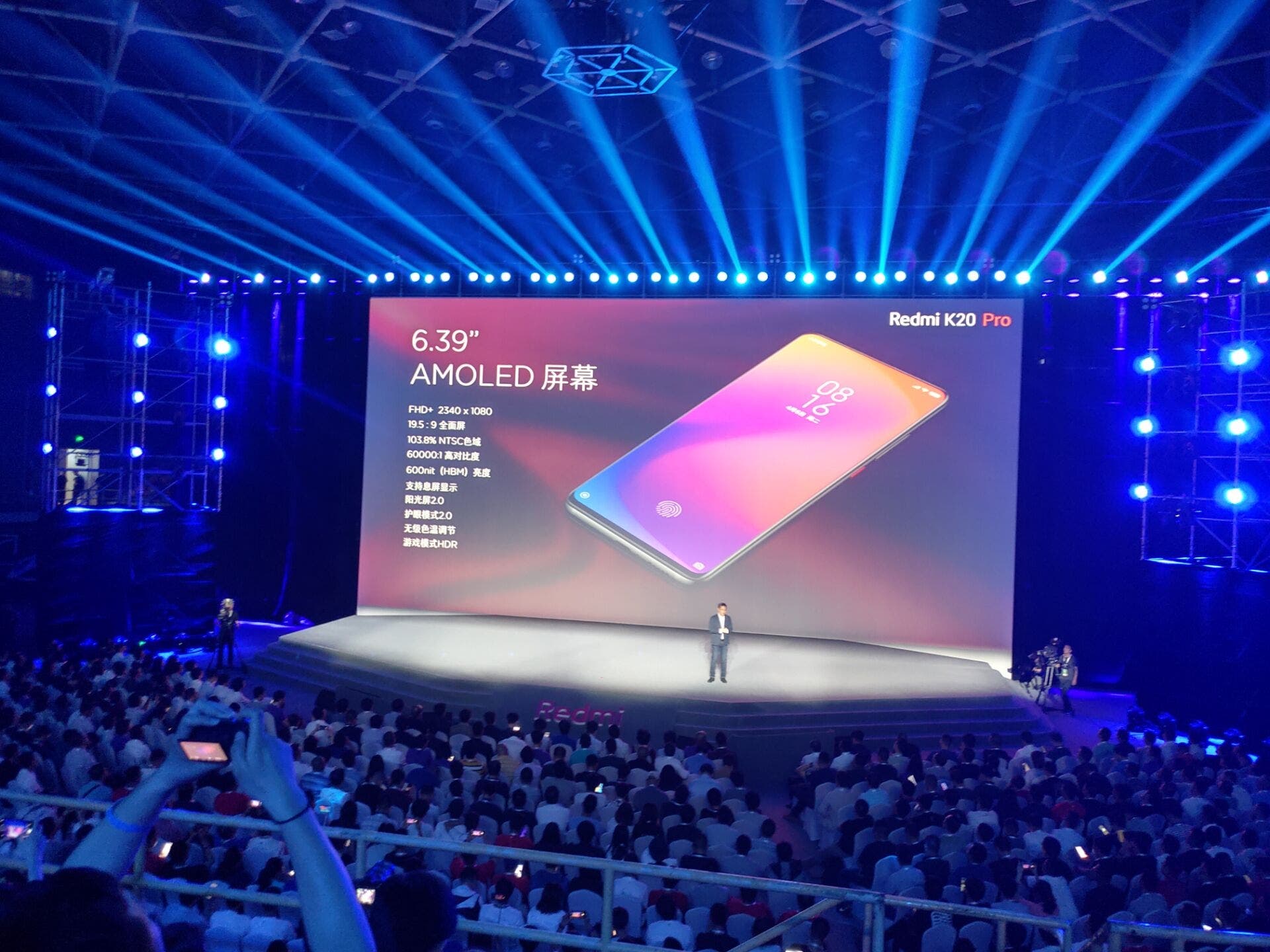 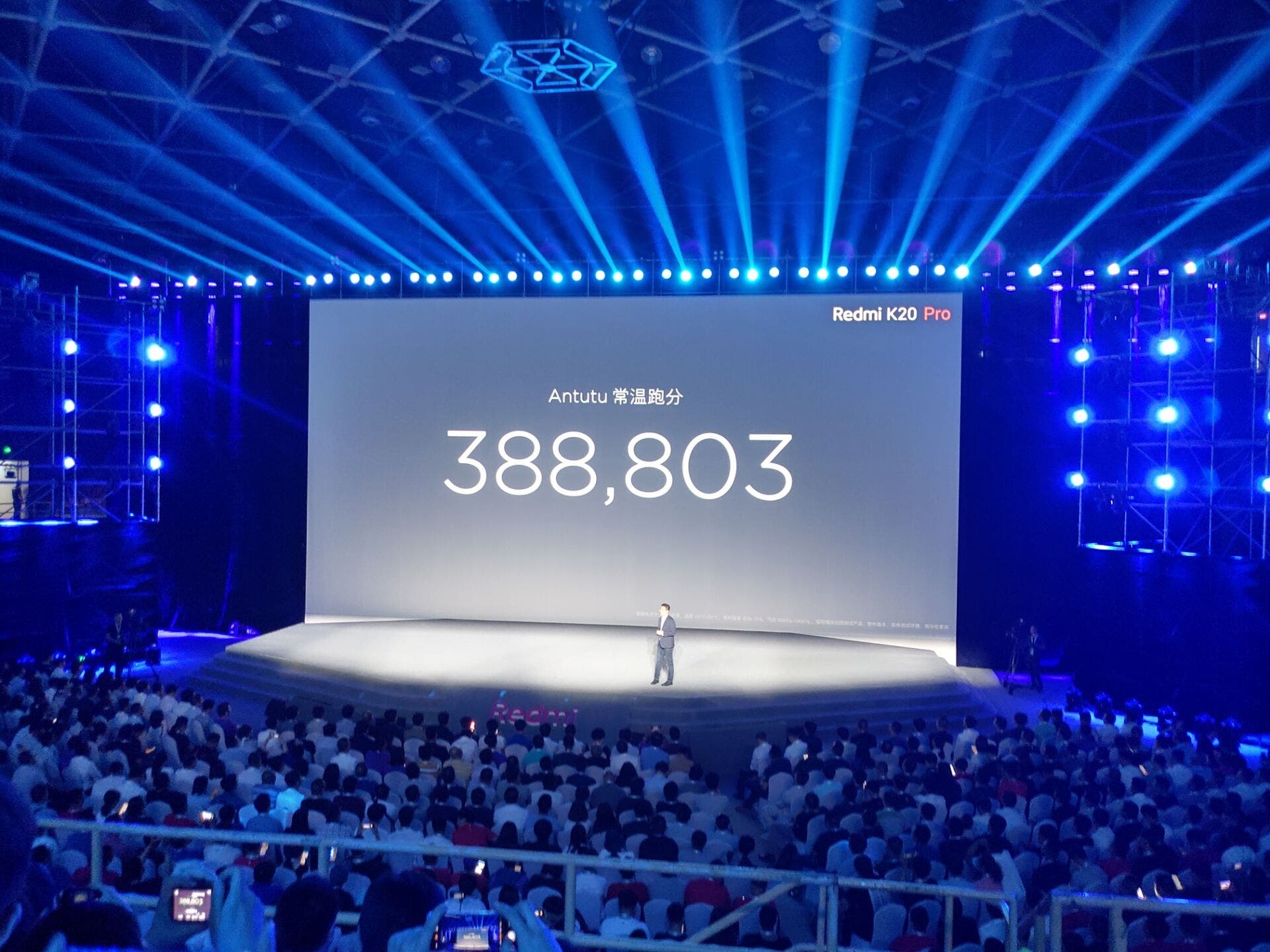 The front camera uses a pop-up solution which comes with a seamless 0.8s rise after the camera shutter is pressed. The company also claimed that this camera can withstand 300,000 rises and falls just like the Xiaomi Mi MIX 3 slide design. This device is also equipped with the 7th generation on-screen fingerprint recognition sensor which supports floating response, display preloading, and DSP parallel algorithm acceleration. 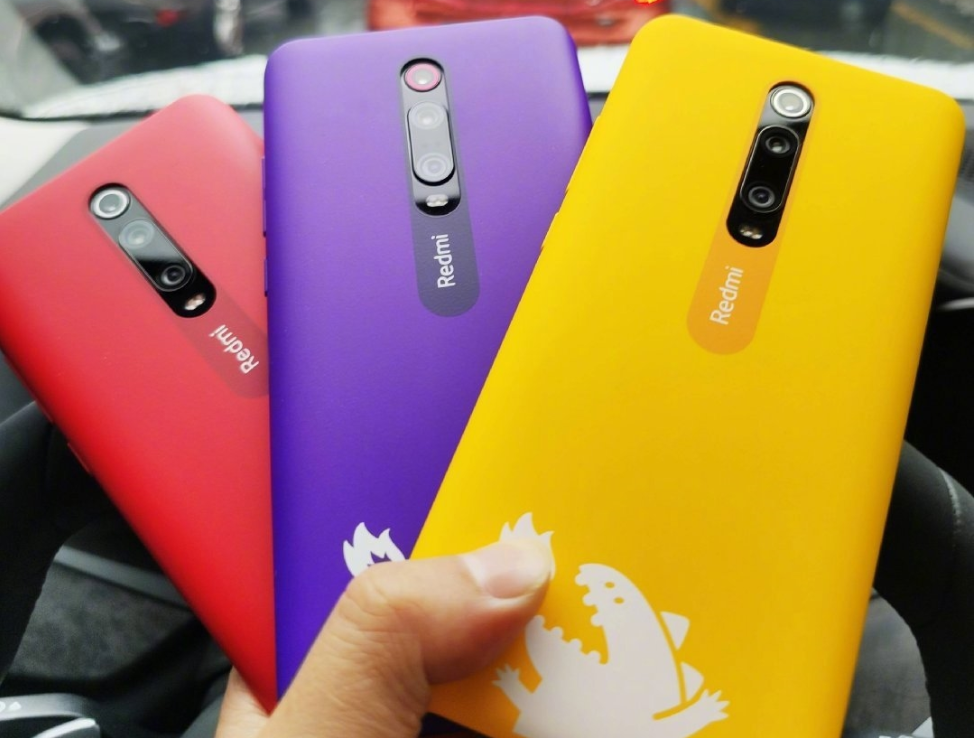 The battery capacity is 4000 mAh with 27W fast charge (Quick Charge 4+) support which promises to deliver a full charge in 73 minutes. It adopts a double-sided three-dimensional heat dissipation structure as well as Game Turbo 2.0 technology which makes this device good for high-demanding games like PUGB. This smartphone is also equipped with a custom game controller priced at 179 yuan ($26) while supporting an ultra-sensitive touch 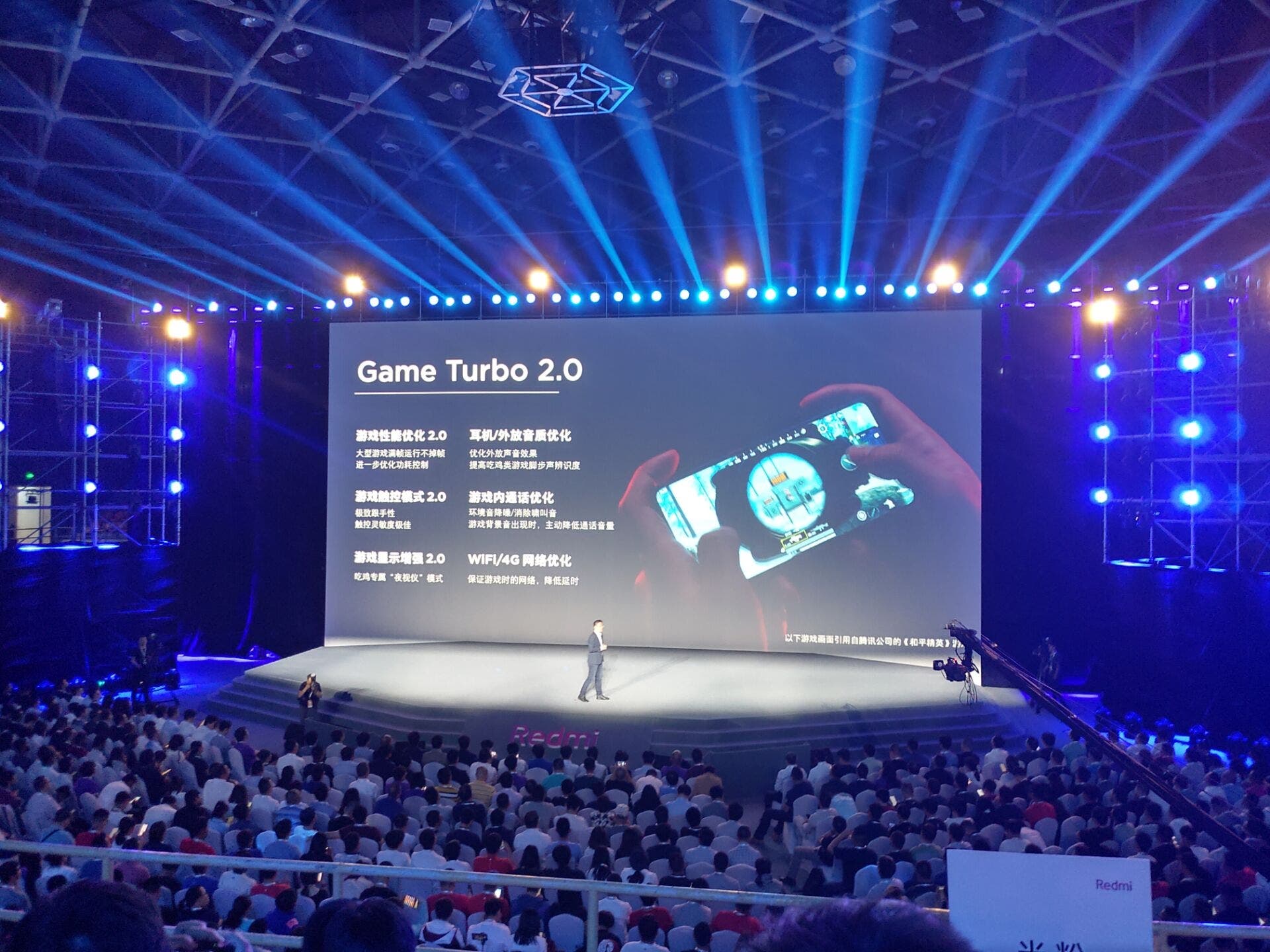 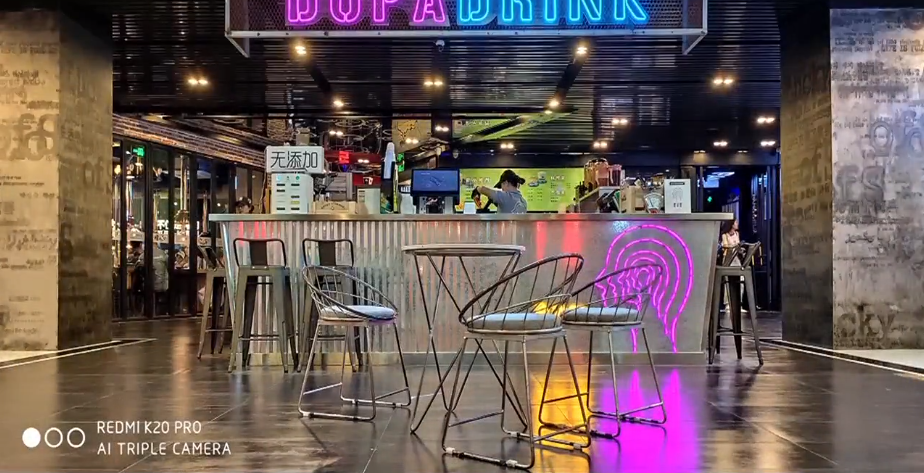 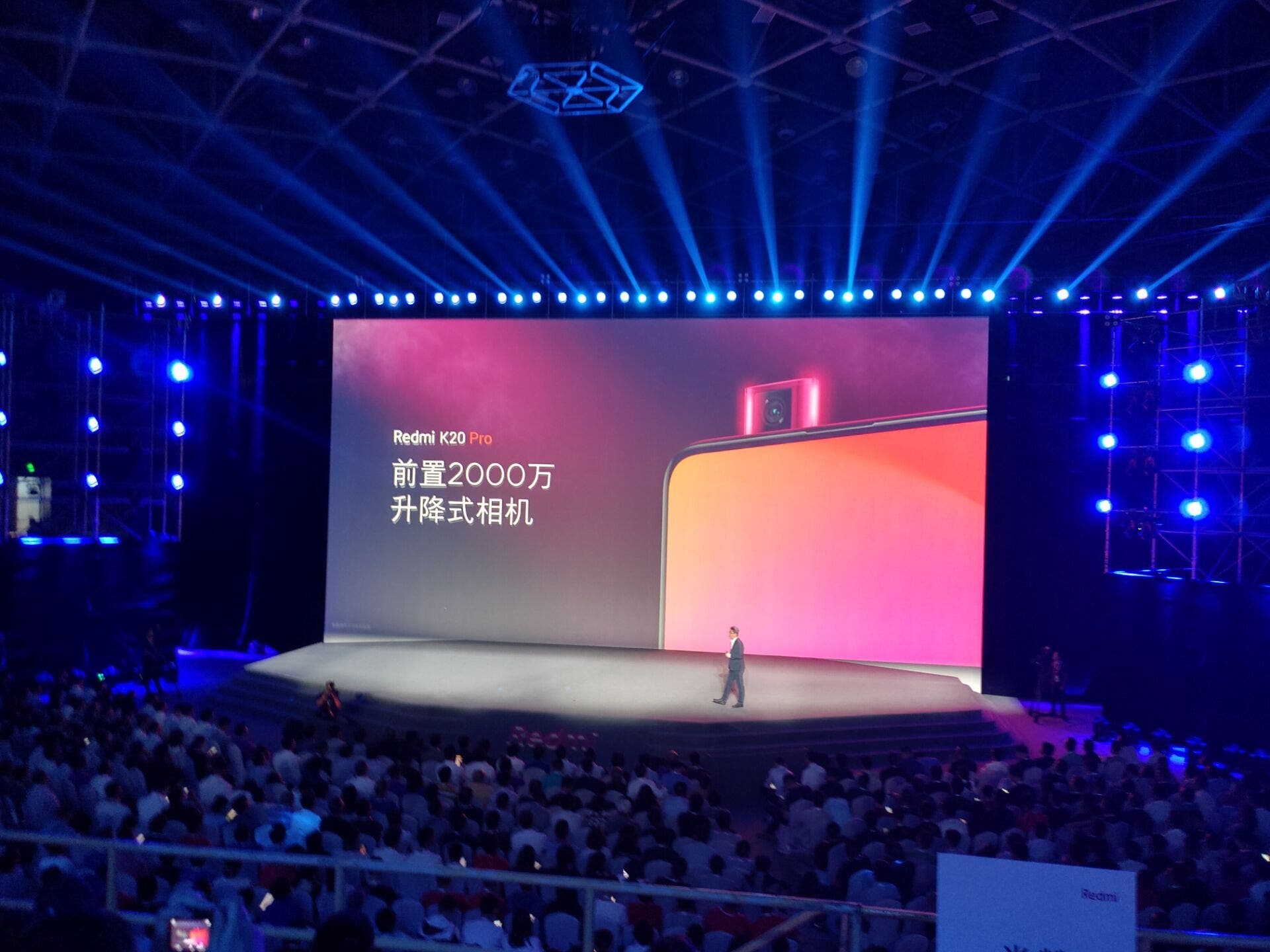 This device comes with an NXP latest generation SN100T NFC chip. As one of the pioneers in the application of NFC feature in China, Xiaomi NFC is very rich in functions. It supports 200 city bus cards, simulation of unencrypted access cards, Xiaomi payment, NFC door lock, and other features. In addition, it is compatible with many third-party APP used as bus card/campus card/gas card recharge, liquor anti-counterfeiting query, etc. 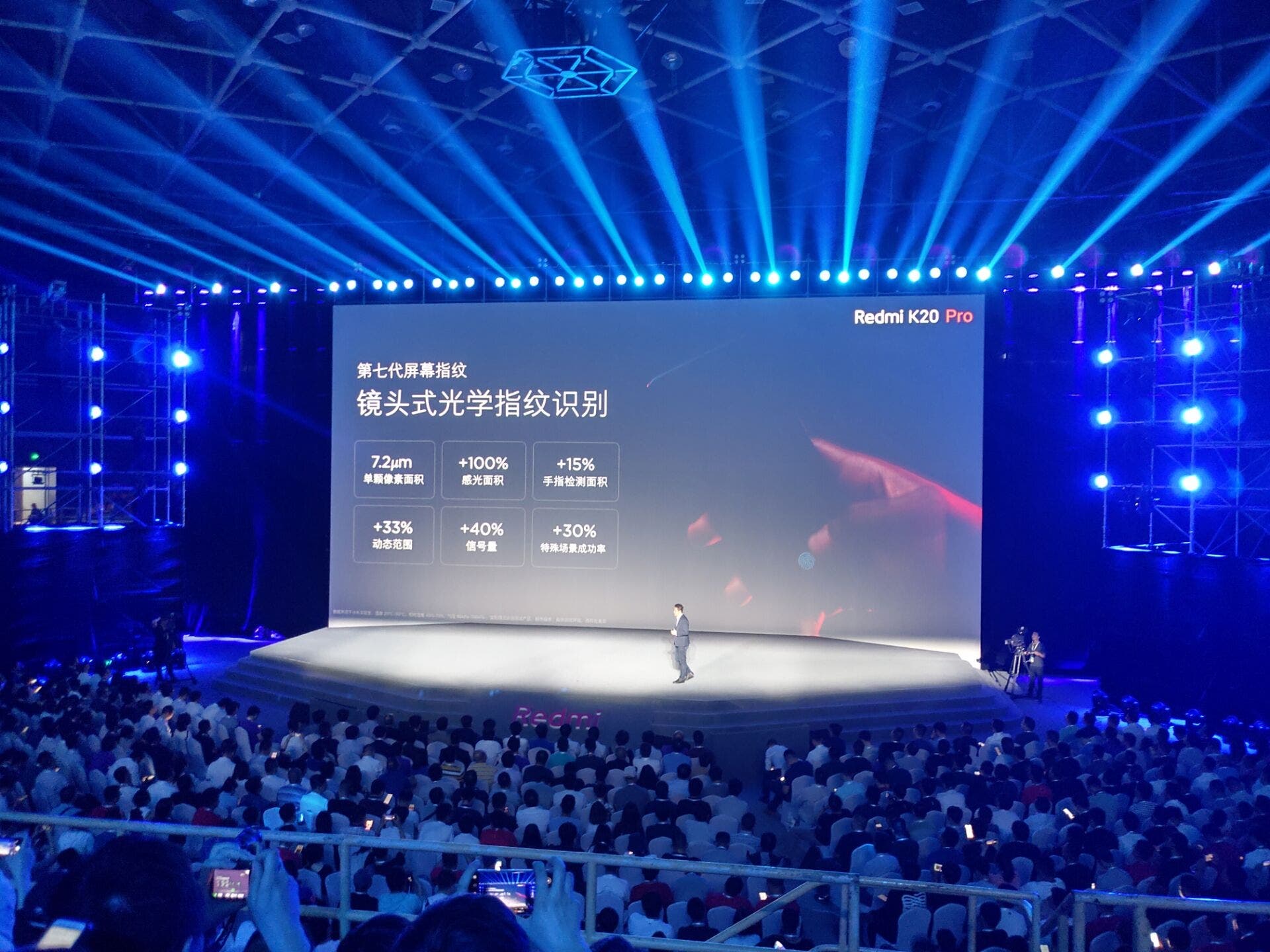 Furthermore, the Redmi K20 Pro comes with a dual-band GPS which allow the phone to use two bands thus improving accuracy and speed. It’s not a big breakthrough but there are good use cases for it. For example, one use case is street navigation on Google Maps, better AR and VR tracking, IoT, and smart city planning and other stuff. Other features on this smartphone include a USB Type-C interface, 3.5mm headphone jack, Mi Sound and it supports Hi-Fi sound quality (passed Hi-Res audio protocol). 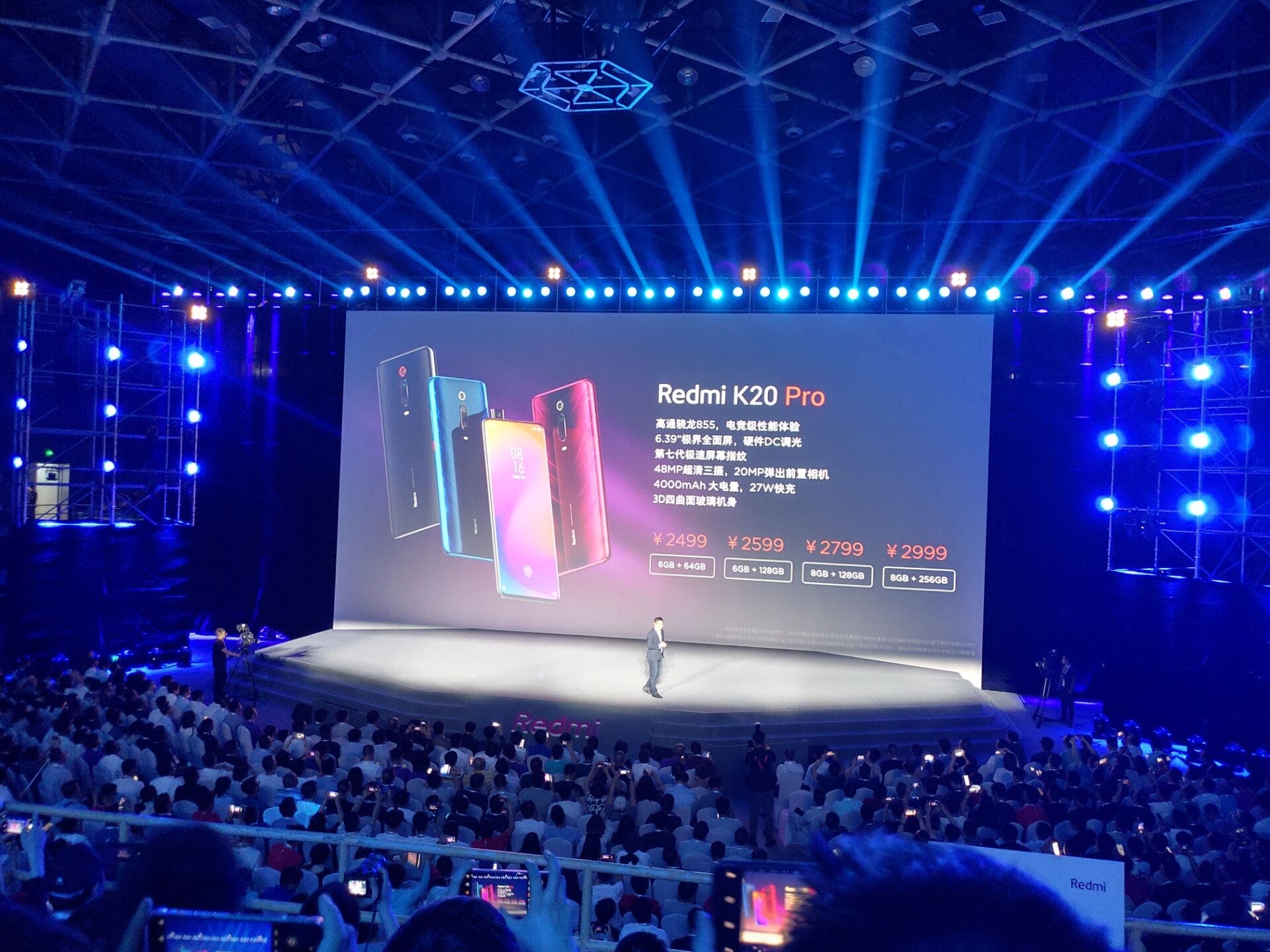 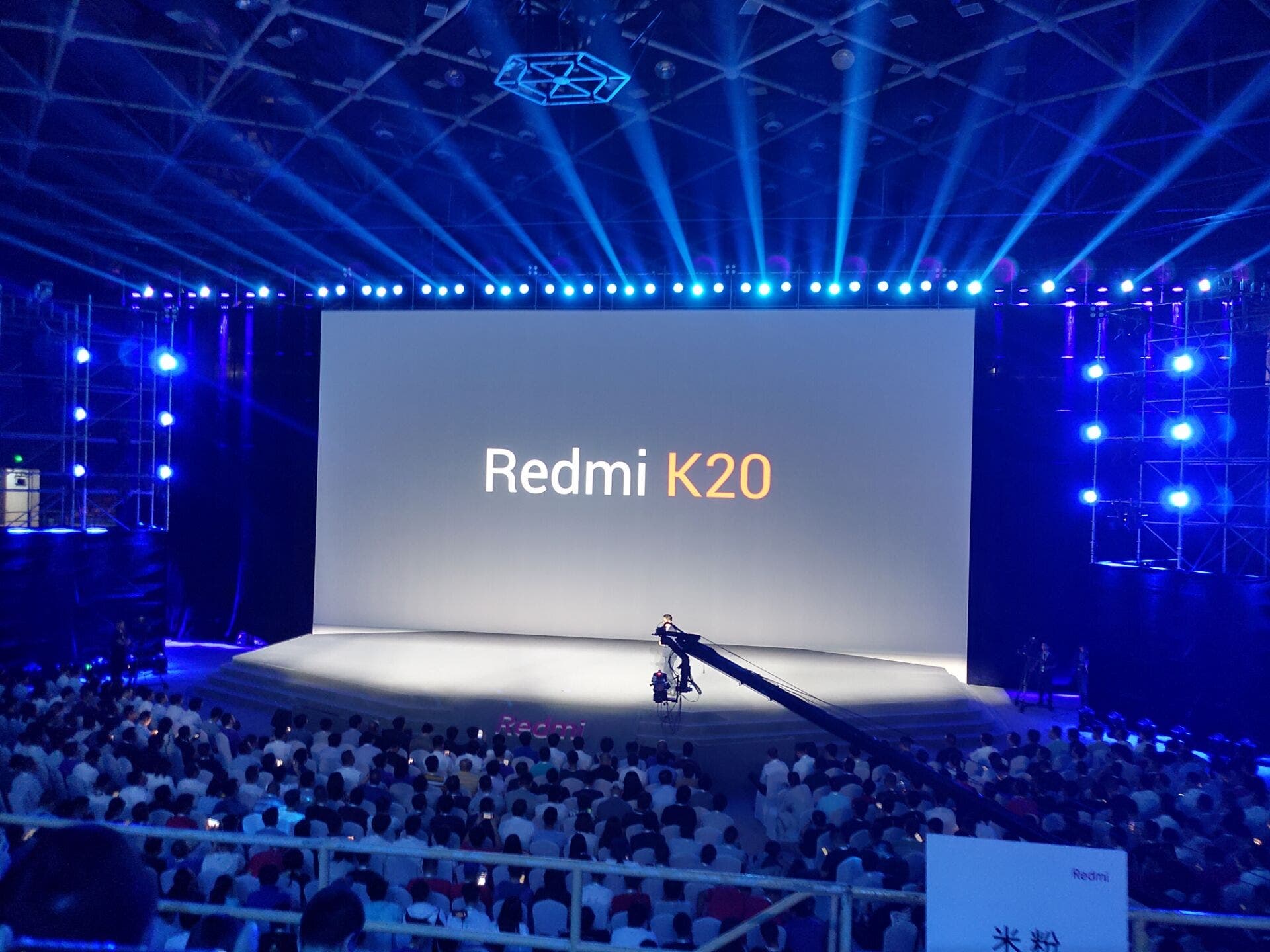 The Redmi K20 is the lower variant of the series. Despite its position as a second-fiddle device in the series, it still comes with many flagship features that make this smartphone desirable. The design of this smartphone is technically the same as its bigger sibling. One of the major differences between the Redmi K20 Pro and the K20 is that the latter is powered by a Qualcomm Snapdragon 730 SoC. Although Redmi claims that this chip is almost at par with the SD855, it managed to score only 218,625 on AnTuTu (chip score). 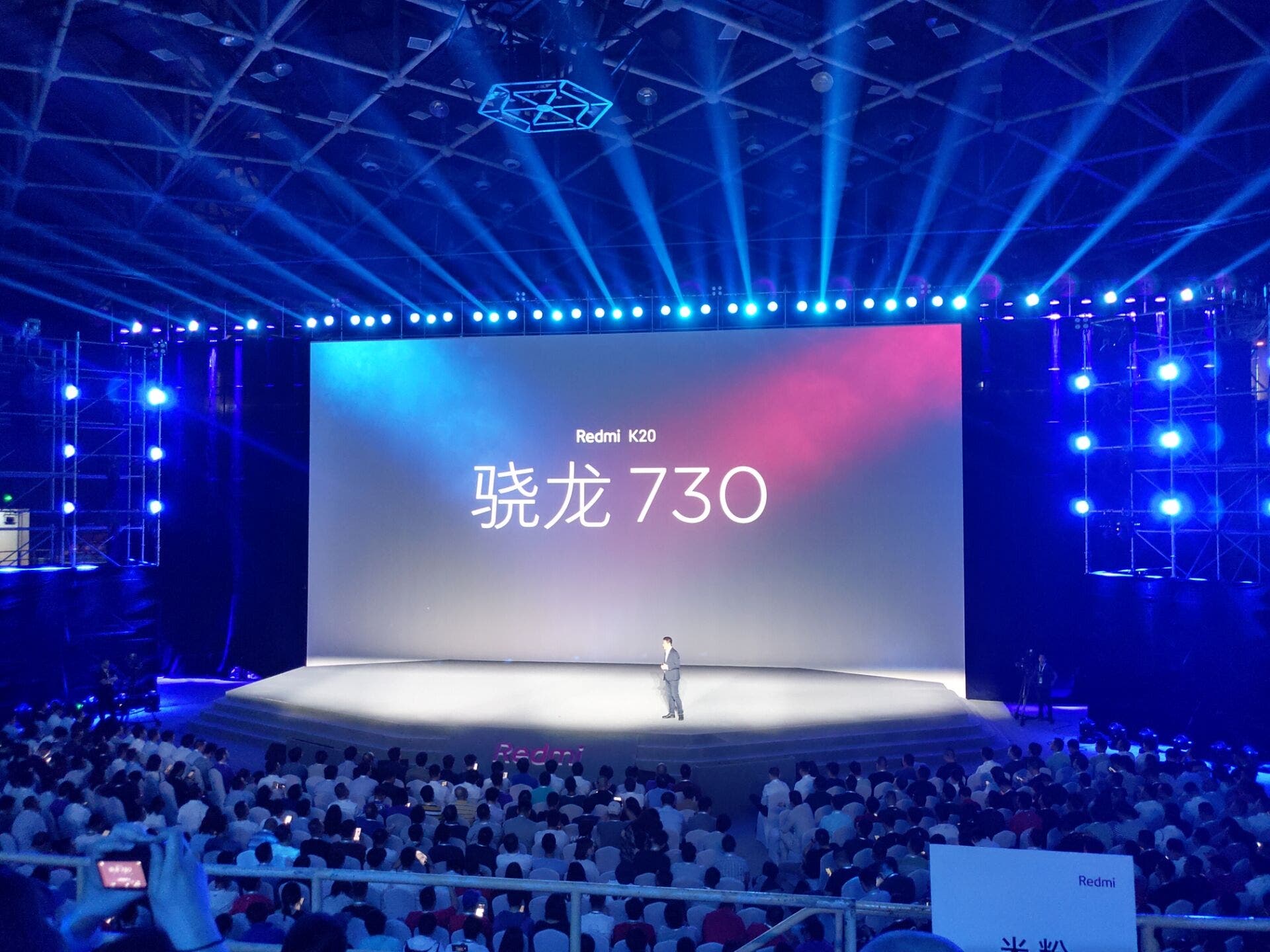 The Snapdragon 730 is based on the 8nm process technology and it adopts the fourth-generation Kryo architecture. The CPU clock speed is up to 2.2GHz and the GPU is Adreno 618. Apart from the change in the processor, all other aspects of this device are technically the same with the Redmi K20 Pro. 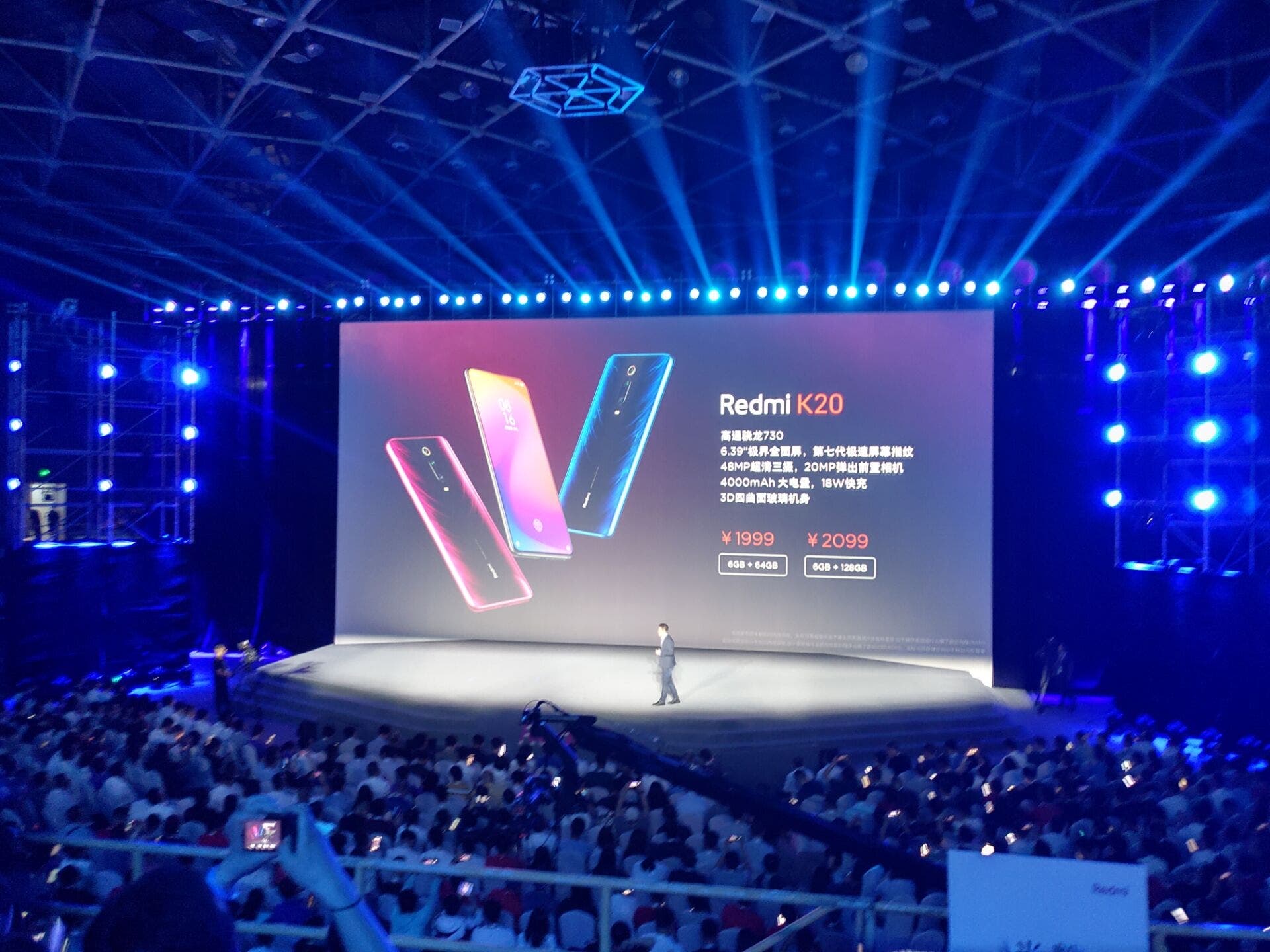 The company also announced protective cases for these smartphones as well as the Redmi 7A which was first released quietly on May 24th. The Redmi 7A is an entry-level smartphone which has two versions. These include the 2GB + 16GB version with a 549 yuan ($80) price tag and the 3GB + 32GB version which will sell for 599 yuan ($87). The Redmi K20 Pro will be first sold at 10 am on June 1. The K20 and Redmi 7A will arrive on the market on June 6. To see the complete specs of the Redmi 7A, see our initial launch post HERE. Lu Weibing stressed that the Redmi K20 series is well stocked thus netizens do not have to worry.

Previous Motorola One Pro reportedly in the making, could launch alongside One Action

Next RedmiBook 14 with an Intel Core i7 processor launched