Recently, Xiaomi officially launched the ‘Xiaomi’s Most Beautiful Employee Contest’ and asked users to vote. Lei Jun also called on Mi fans to vote on Weibo, saying that there are too many good-looking guys as well ))

Xiaomi CC product manager and brand spokesperson Cici said: ‘I want to invite everyone to vote together and select the most beautiful employees.’ 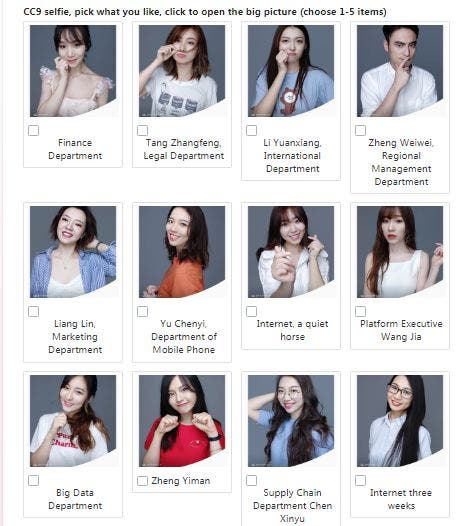 There are 56 Xiaomi employees participating in the competition, and all the photos were taken by the Xiaomi CC9.

On July 2, Xiaomi released the new model, namely CC9. It is the first smartphone jointly made with Meitu. The latter has been known for its powerful selfie camera algorithms. All Meitu-branded smartphones were focusing on young female customers who like taking selfies. But it has been performing badly in terms of sales. So the company decided to give all of its smartphone-related patents to Xiaomi and let it manage the design, marketing, sales, and other activities. As a result, we got the best selfie-centric smartphones on the globe. It’s difficult to say whether Xiaomi has decided to launch the Xiaomi’s Most Beautiful Employee Contest to promote this phone or not. But one thing is clear – the photos taken by the Xiaomi CC9 look amazing.

As for the key features of the Xiaomi CC9, it uses a 6.39-inch Samsung AMOLED drop screen design like the Mi 9. The display supports VDE low-light eye protection and hardware-level DC dimming, and the seventh generation of light-sensitive screen fingerprint recognition.

On the back, it carries the Mi 9’s 48MP Sony CMOS. It comes in combination with an 8MP ultra-wide-angle lens and a 2-megapixel depth of field lens. There is also a 32MP selfie shooter, supporting 4-in-1 mode and 1.6-micron large pixels.

P.S. As for me, the most beautiful Xiaomi employee participating in the Xiaomi’s Most Beautiful Employee Contest is Zheng Jiyue )) 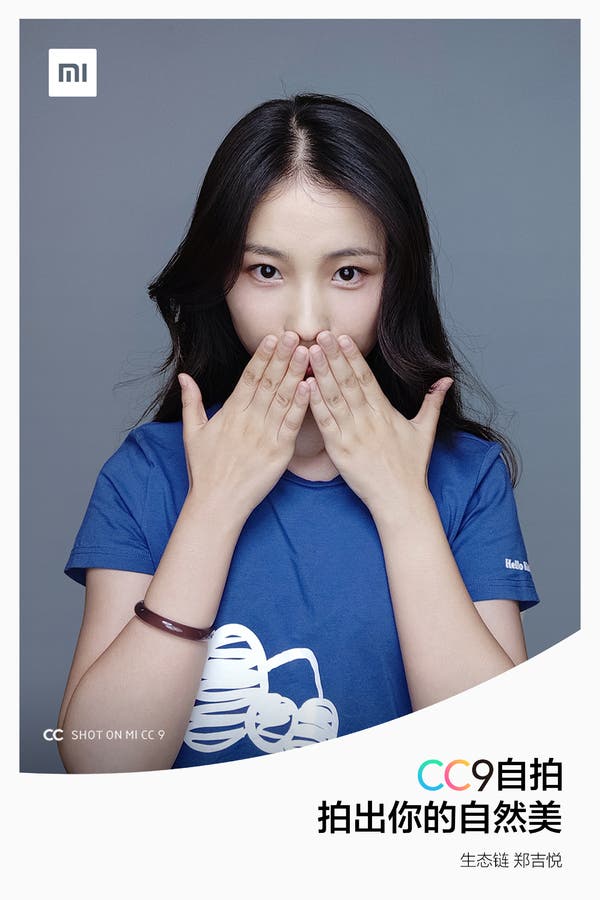