Yesterday, some Mi users asked on Weibo why the newly announced Xiaomi CC9e doesn’t use the SONY IMX586 CMOS. Xiaomi company product director responded to this, saying it was not originally planned to be 582. But later they changed their mind and used the SONY IMX582. The decision is conditioned by a few factors.

Though the Mi fans praised the Xiaomi executive for the frank response, they wondered which of those sensors is better and why. So we are asking too – is the IMX582 much worse than the IMX586? Before Lu Weibing provided the differences between the two camera sensors, he said: The SONY IMX582 and the Redmi K20 Pro’s SONY IMX586 come with almost the same specifications. Among them, both have 1/2″ sensors, a 48MP resolution, and support for 4-in-1 1.6μm large pixels. 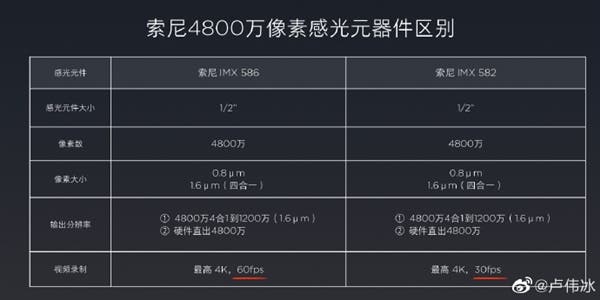 Xiaomi CC9e is a new mobile phone released on July 2. The screen size of the machine is 6.088 inches, which is suitable for one-hand operation. The battery is 4030mAh and supports 18W fast charge. On the front, it carries a 32MP camera, while there is a 48MP AI triple-camera on the rear. 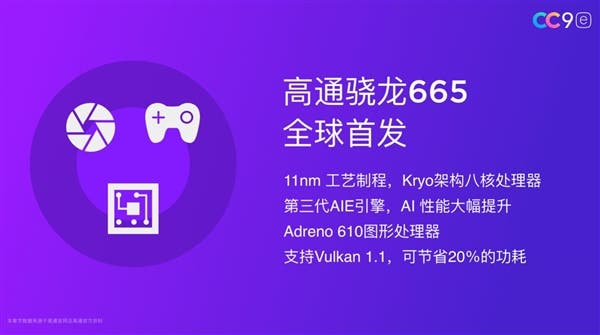 As for hardware, the Xiaomi CC9e uses a Snapdragon 665. The latter is a new Qualcomm 600 series mobile platform using an 11nm LPP process. It’s way faster than the 14nm process of the Snapdragon 660. However, in terms of architecture, the Snapdragon 665 uses the same four large + four small octa-core design as the 660. Plus, it integrates the Kryo 260 core, with a maximum frequency of up to 2.0 GHz.

The Snapdragon 665 comes with the new Adreno 610 graphics processor. Especially, it’s worth noting the addition of Vulkan 1.1 support, which can reduce the power consumption by 20%.