Yesterday, we reported that Chinese manufacturing giant, Huawei, may be planning to expand its P-series after it applied for new trademarks for three smartphones – P300, P400, and P500. Now, the company has added five more models to the trademark application. The others include P600, P700, P800, P900, and P1000. All trademarks are filed with the UK IPO (Intellectual Property Office of Great Britain) as well as the EUIPO database. 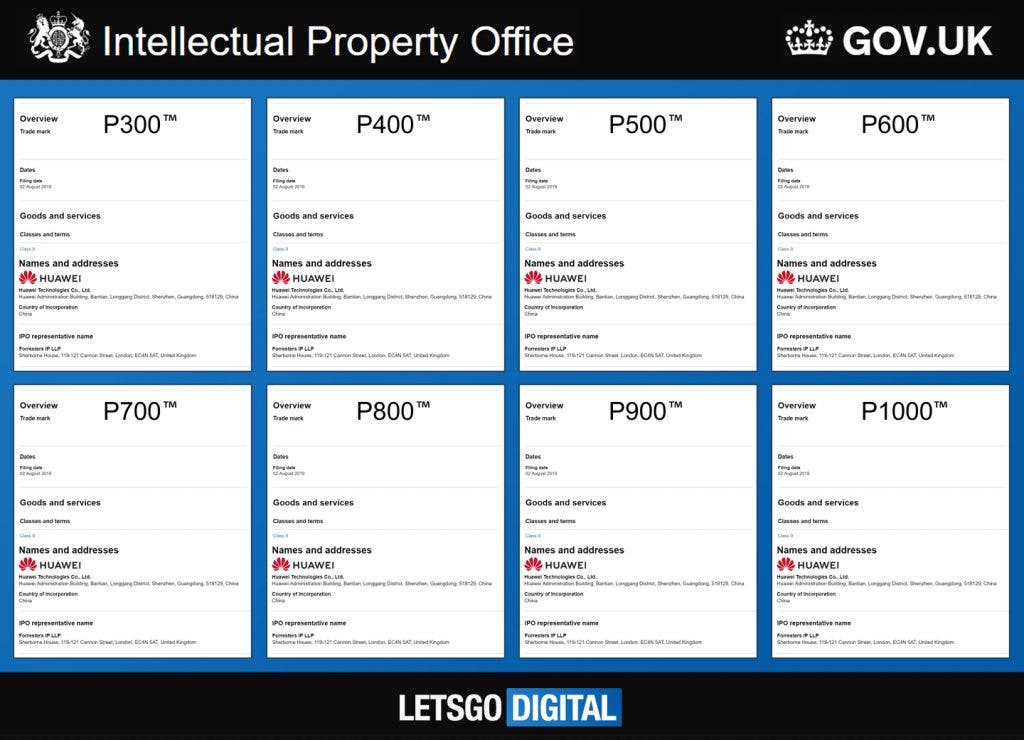 It remains unclear what Huawei’s plans are for these new model names. Within the Huawei P-series, you will find high-end phones with good camera specifications. The devices are introduced annually, around March. These Huawei smartphones used to be part of the Ascend P-series. Since the P8 was released in 2015, the name ‘Ascend’ was expunged. 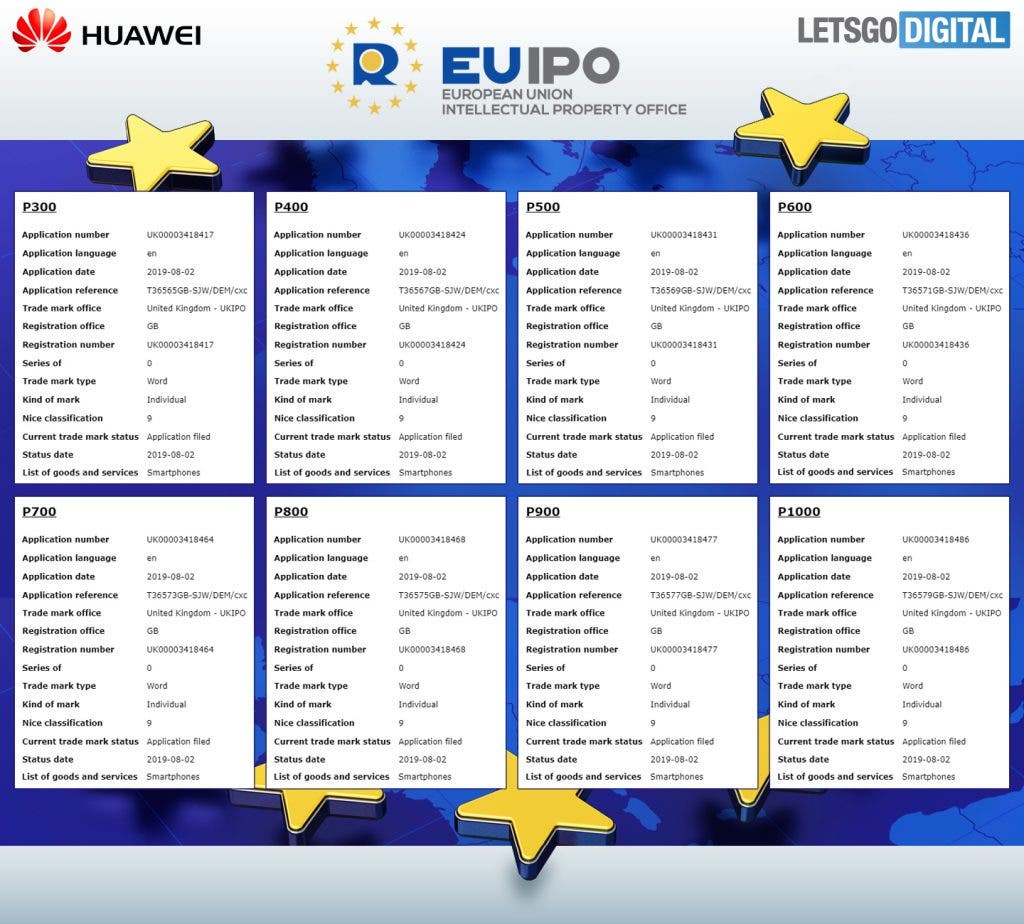 The company has never released a P-series smartphone with a hundred in the model name. Thus the exact model of these devices is not known. However, it is also possible that the company wants to add extra models to its P-series. The company already applied for the name Huawei P40 in October 2017. Thus it is most likely that the P40 will be released. The Chinese manufacturer always launches its new P-series models in the first half of the year, followed by the Mate smartphones in the second half of the year. The Mate 30 series is expected in October but the Mate 30 was already secured in July 2018. Whether the Huawei P300, P400, P500, P600, P700, P800, P900, and P1000 will also be introduced this year is difficult to predict.