It’s not a completely unique idea but there aren’t any mainstream companies who have thought of this lately. However, according to the LetsGoDigital website, Xiaomi has patented a smartphone design which has an integrated solar panel in the back. The design appears to be sleek and slim, featuring an edge-to-edge screen despite the solar pnael module at the back. There’s also no place where we can see a front camera which leads us to believe it might get an under-screen camera paired with an under-screen fingerprint sensor. 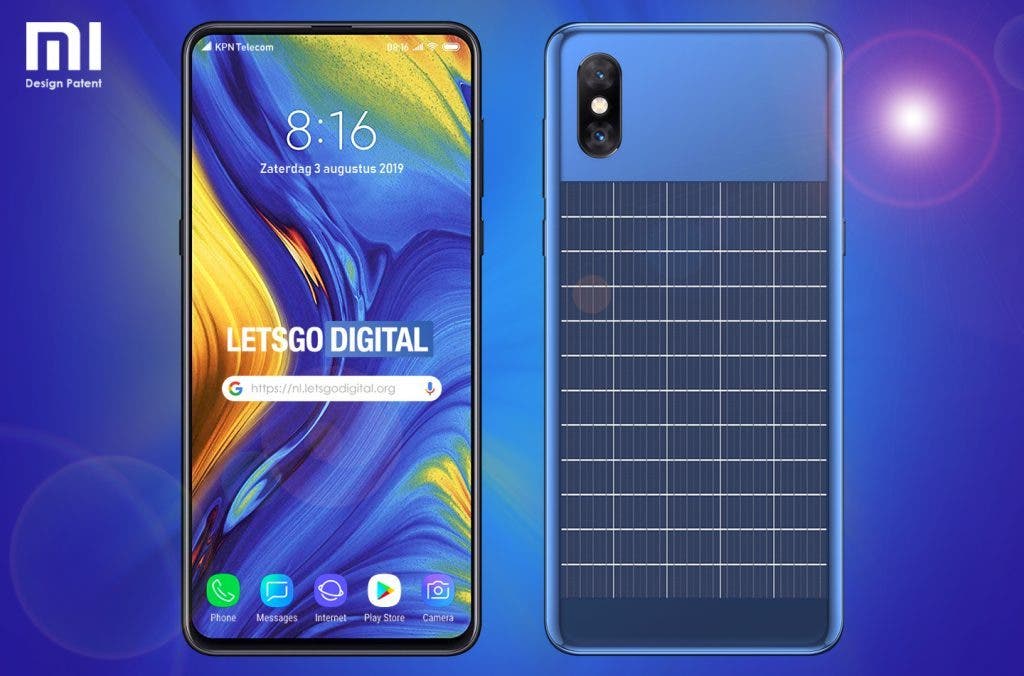 Of course, the idea of a solar-powered smartphone sounds appealing; but it may be a
complicated project. LG launched a solar-powered charging cover in 2010, which
was not that impressive as it only provided 2 mins of talk time after 10 mins of
solar charging. The solar cell technology might have evolved with time but so did
the smartphones. A 3500mAh battery with quick charge/fast charging support
does not seem to be enough as smartphone usage is too high nowadays. Also, there’s a lot we still don’t know about the project and its current status.

So as fascinating as it sounds, an inbuilt solar-powered charging phone, might be
good for the environment but surely a challenge for Xiaomi. Would you mind having a phone with solar panels?