A new Redmi phone with the model number M1906G7T has appeared
on the database of MIIT today. Now, although there are no such indications, the M1906G7T could be the new H90T chipset powered phone from Redmi. That’s because the rumour is that Xiaomi is in a hurry to put a handset out there to compete with the Kirin 810-powered Honor 9X.

Redmi President Lu Weilbing had previously broken the news that the Redmi brand is planning to launch the G90T chipset phone worldwide. Speculation is rife that the new and powerful G90T chipset will more likely be in the Redmi Note 8, promising an ultimate gaming performance. Recent rumblings in the Chinese industry have also hinted that the Redmi Note 8 is coming sooner than we think. Redmi has also been teasing a launch of the 64MP camera phone. Could it be that the MediaTek G90T and the 64MP camera be on the same device? we let you be the judge. 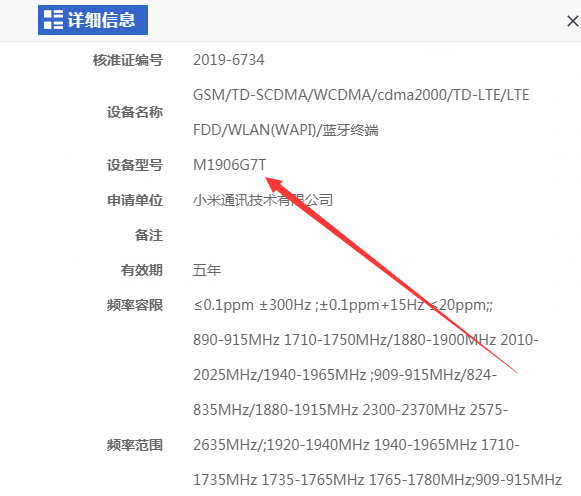 Recently, MediaTek announced its brand new chipset called Helio G90 and G90T. These chipsets will be solely focusing on providing a power-packed gaming performance. The chips will use the company’s new “HyperEngine” technology. The MediaTek Helio G90T consists of two ARM Cortex-A76 and six Cortex-A55s, an octa-core processor which will generate up to 2.05GHz of power.