Since the beginning of this year, there have been reports of Xiaomi working on a punch-hole camera. At a point, there were reports of a dual-selfie punch hole camera design. There was even a report of a punch-hole camera at the bottom of the display. Now, Xiaomi just got a more logical patent from CNIPA (Chinese National Intellectual Property Administration, also known as the Chinese Patent Office). This time, the Xiaomi phone comes with a single punch-hole camera, which is positioned left, right or at the top center. 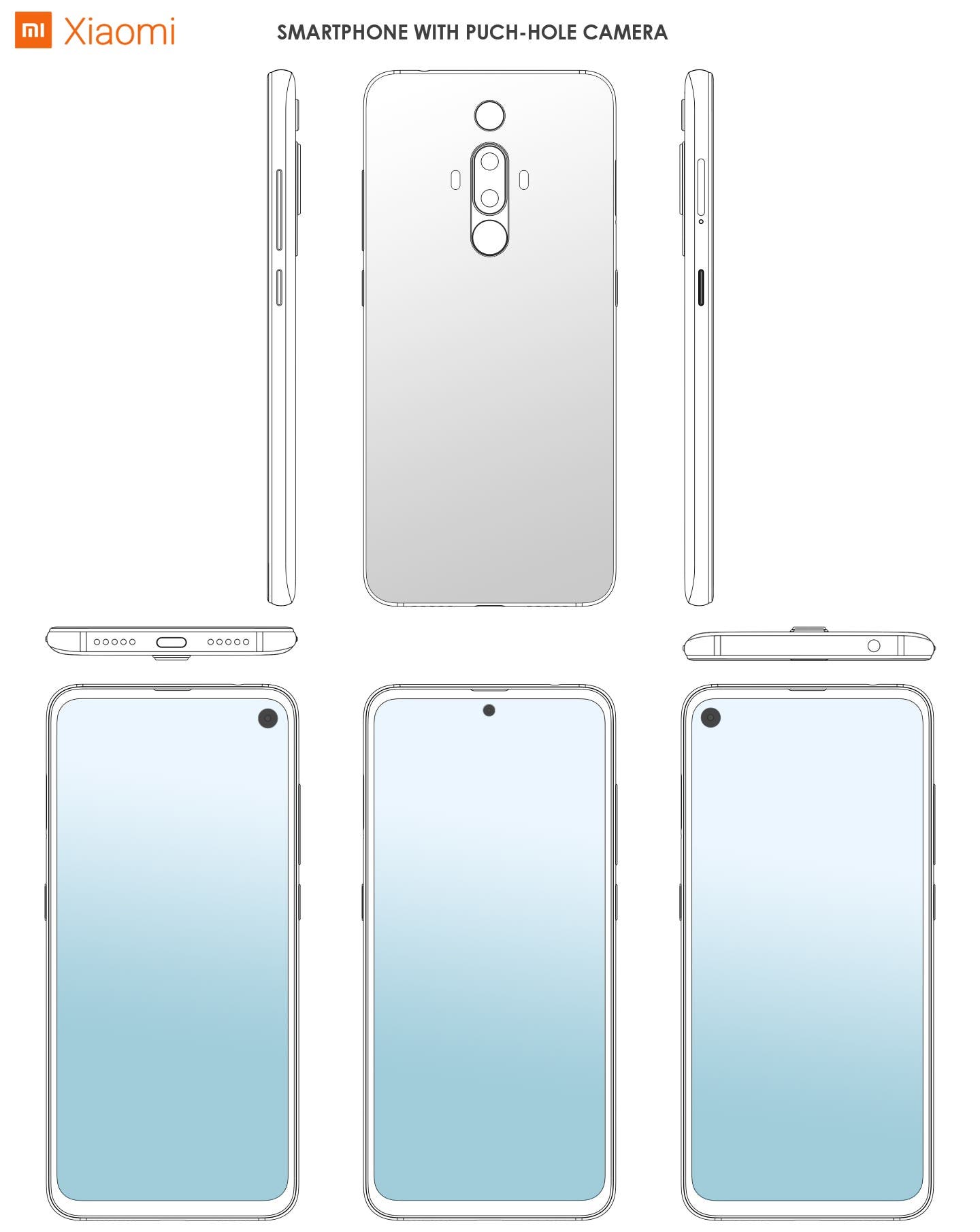 The rear is the same for all models. It is the punch-hole camera system that differs. With one model the hole in the screen is at the upper left corner. The second has its camera at the top center while the third model shows the punch-hole on the top right. The size of the hole is also significantly smaller with the model where the punch-hole is in the middle.

Unfortunately, the description for a design patent is very brief, so we can only rely on the sketches. With most Xiaomi phones, the rear camera is usually at the top left corner. However, that is not the case with this recent patent. The sketches show at least one double camera, which is placed vertically in the middle.

Immediately below is probably the fingerprint sensor. A small LED flash is visible on both the left and right sides of the camera system. Then there is a fourth allowance on top above the dual-camera system. It seems to be a third camera. In other words, this Xiaomi phone probably has a triple rear camera as well as a physical fingerprint scanner.

The camera system is most reminiscent of the Xiaomi Pocophone F1. This cheap high-end smartphone was introduced in August 2018 and became an outright hit. This patent may show its successor, the Pocophone F2. The Redmi K20 Pro / Mi 9T also has a somewhat similar camera system. However, this device does not have a physical fingerprint scanner, but an in-display fingerprint sensor. The latter model is also equipped with a pop-up camera, instead of a punch-hole. The patented Xiaomi model, therefore, appears to be better than the Pocophone F1  but lower than the Redmi K20 Pro. The underside of the patent shows a USB Type-C port. On to the device, there is a 3.5 mm headphone jack port – just like the Pocophone F1.