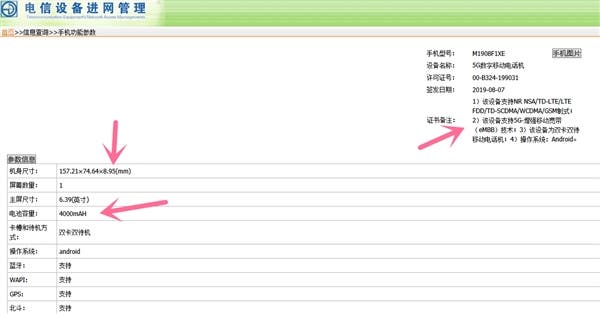 According to its earlier 3C certification, the Xiaomi Mi 9S comes with 45W fast charging. Looking at the TENAA listing, it appears that this is the Mi 9 with 5G support and a few other upgrades. The device uses the same 6.39-inch water-drop screen like the Xiaomi Mi 9.  The battery capacity upgrades to 4000mAh while the body size is 157.21 x 74.64 x 8.95mm. It further supports dual card dual standby, as well as 5G enhanced mobile broadband (eMBB) technology. 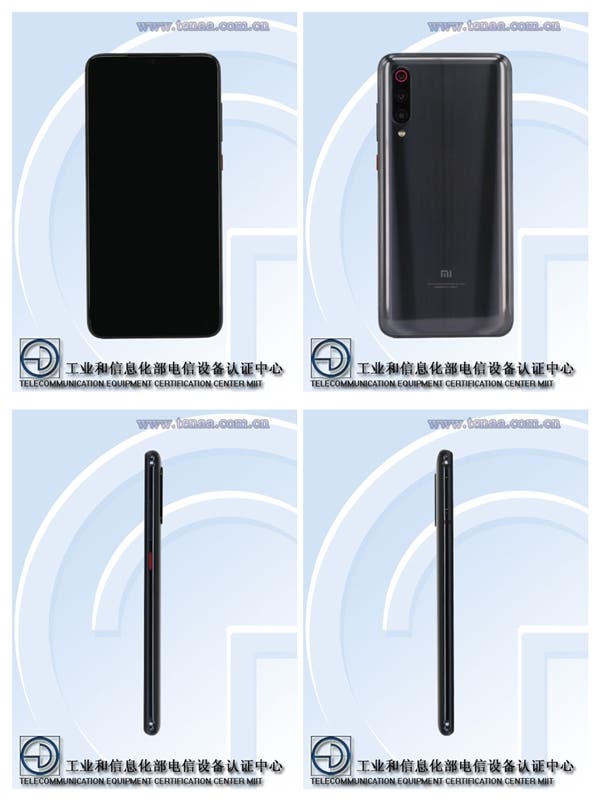 From the outline drawing, except for the AI ​​button cut off on the left side, the shape is almost the same as that of Xiaomi Mi 9. This includes the vertical triple rear camera setup. However, the thickness of the fuselage may increase due to the need to insert a larger battery and the main camera to add OIS optical anti-shake. The current Xiaomi Mi 9 is only 7.61 mm thick.