At MWC this year, LG revealed its successor of G7 ThinQ smartphone called LG G8 ThinQ. It seems like the smartphone maker is now working on yet another flagship device likely to be called LG G8X. As per the various reports, this upcoming smartphone will be the successor of G8 ThinQ which was launched earlier this year. Previously, there was not much information available on the device which fortunately changes now. We now have the leaked render images and 360-degree video of the device revealing every key detail of the device. 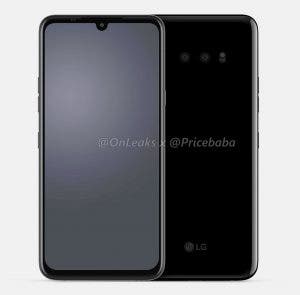 This leak comes courtesy of Pricebaba. In collaboration with OnLeaks, the publication managed to get its hand on the 5K renders and a 360-degree video. As you can see from the images, the upcoming flagship device looks somewhat similar to its predecessor in terms of design. Unlike its predecessor, LG G8X comes with a waterdrop notch on the front with thin bezels on the side with a decent amount of bezel on the top and bottom. The device measures 59.3 x 75.8 x 8.5mm with a roughly 6.2-inch display panel on the front. If you look at the image closely, you’ll notice the lack of rear fingerprint sensor. This suggests the smartphone might finally feature an under-display fingerprint sensor making it the first LG smartphone to do so. 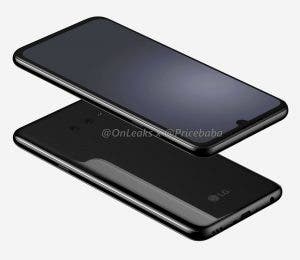 Surprisingly, the LG G8X will not feature the company’s Crystal Sound OLED speaker which we previously saw in the G8 lineup. For those who’re unaware, this tech makes use of screen vibration to produce sounds. At the back, you’ll see the same horizontally-aligned dual camera module accompanied by the sensors and an LED flash. The back of the device uses a glass panel just like its predecessor. Coming to the buttons, the render shows the power button to be located on the left while the volume rockers are present on the left. Just below the volume rockers, there is another key which might be used for the Google Assistant. At the top, you’ll find the SIM card tray along with an earpiece while the bottom consists of a loudspeaker, USB Type-C port and a beloved 3.5-mm headphone jack. We’re expecting the smartphone to run on the latest Snapdragon 855 or 855+ chipset under the hood. 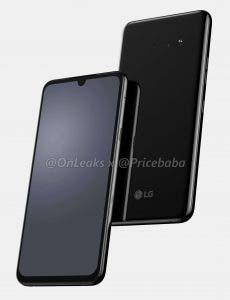 Although we don’t have any solid information on the hardware this device going to rock. If a recent leak is to believe, LG G8X will see its official unveiling this fall. To be precise, LG might plan to launch the smartphone at IFA 2019 which will commence from August 31 in Berlin. Since the launch event is nearing, we might see more leaks and details to come forward giving us some glimpse on the hardware.

Next How Does AI Camera Of Honor Smart Screen Work?