This year’s IFA trade show is just a couple of weeks away, and it appears LG mobile is planning a huge appearance. The Korean based company already sent out invites to its IFA press conference tipped September 6th. And while it isn’t clear on its product launch at the vent, indications emerged earlier that the LG G8X might debut during the IFA 2019.  We also got hints that a dual-screen phone, perhaps the LG V60 ThinQ is on the horizon.

Now, if the latest scoop is any indications, there might be two more offerings from LG as the Korean firm has trademarked two smartphones related monikers ahead of the IFA event. The firm filed trademarks for the LG V60s and LG K50s monikers with the Korean Intellectual Property Office (KIPO), and the same was published on 2nd August. Although there are no indications to suggest these devices ( LG V50S and LG V60s)will surface at the IFA conference, but the timing could mean we would hear more about them at the show. 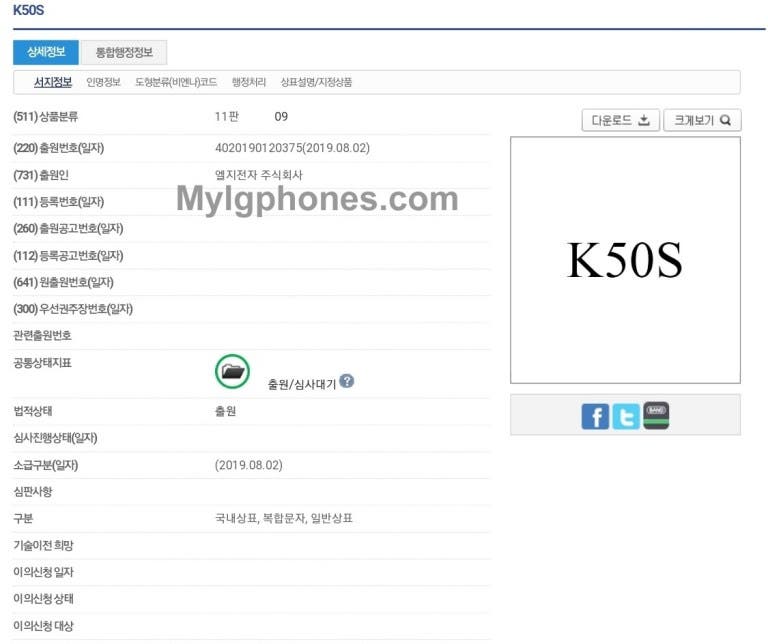 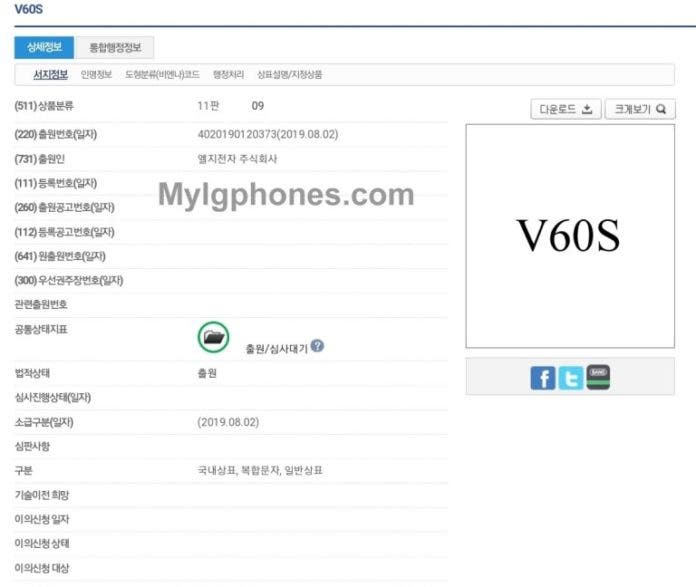 Like we hinted earlier, the LG V60 is tipped to launch at the IFA show, so we are not sure what the specs are and what the “S” addition will bring to the table. But looking at LG’s devices with the S appendage can say the device will get some upgrades while it will also throw in som few downgrades.

LG launched the K50 alongside the K40 and Q60 right before MWC this year. The K50 conforms to the military-grade durability via the MIL-STD-810G compliance and also gets a tiny notch as well as a dual-camera setup at the rear. But that is about all the interesting bit of the device. Largely, it is an entry-level device, so we are a bit confidence the LG K50s will get a slight bump.