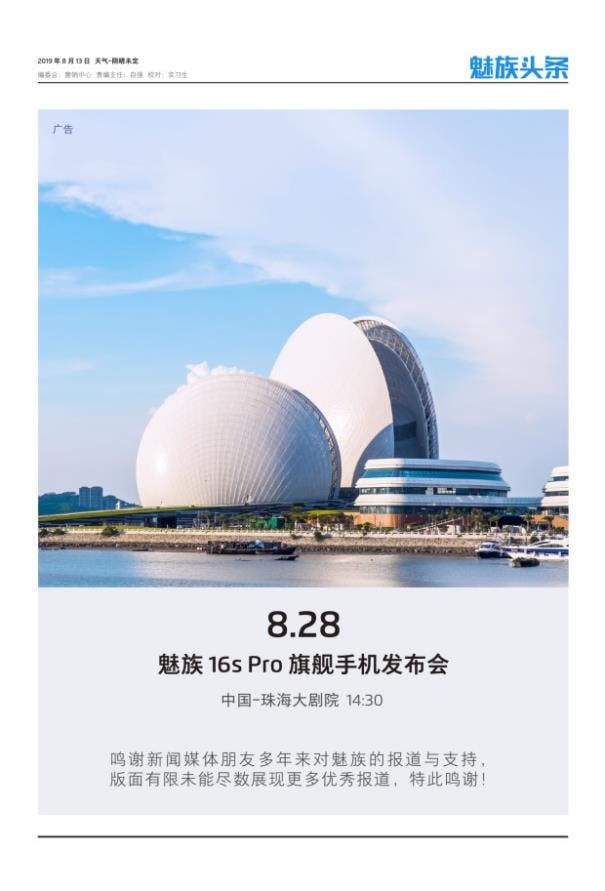 The invitation letter for the Meizu 16s Pro uses a  “newspaper” design with a “Meizu headline”. Despite all the recent pressures from public opinion regarding the company, Meizu still firmly believe its products speak for itself. At the same time, we also noticed that there is a barcode in the upper right corner of the invitation. The number below is 996855? This could suggest that Meizu engineers (996) work overtime to optimize the Snapdragon 855? 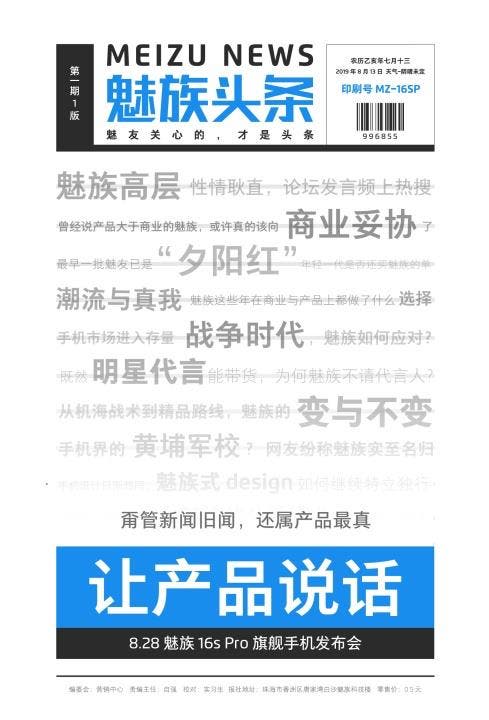 Not long ago, Meizu founder, chairman, and CEO, Huang Zhang, said in the Meizu forum “Soon we will have new products. Come out to dispel your heart, thank you for supporting Meizu!” In recent times, there have been reports of Meizu folding up. The company no longer operate some of its important stores in China and former employees claim that the company has not made a profit for a long time. This time, we will have to allow this flagship smartphone to “speak for itself”.

Next Mi A3 official launch date is August 21 in India